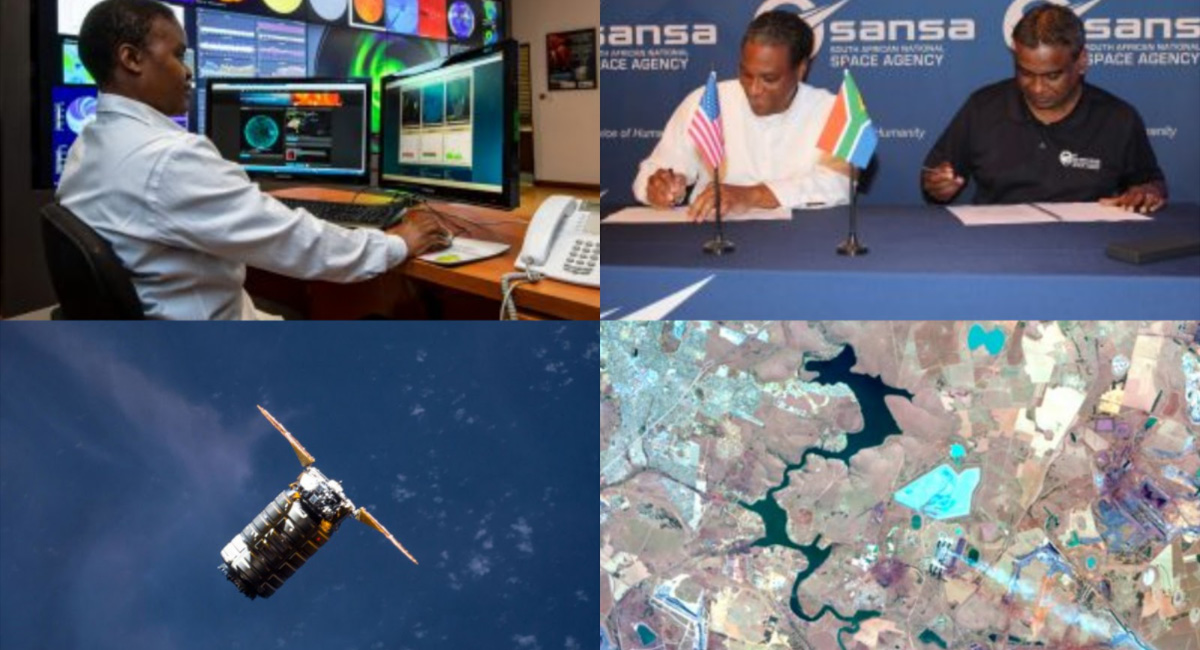 29 Mar Here’s to the next decade of reaching for the moon!

Posted at 10:13h in Uncategorized by Vaneshree Maharaj

Every space-faring mission needs a stable launchpad and support infrastructure upon which a high-powered rocket can take off. After spending the last decade building this infrastructure, the South African National Space Agency (SANSA) is finally ready to blast off into world class space orbit services.

South Africa has a deep space history, from NASA having a support station in Hartebeesthoek in the late 1950s, to the Magnetic Observatory in Hermanus, which turns 80 years this year.

Every space agency needs a stable operational base to develop products and services that respond to the socio-economic needs of the country. After spending the last decade building this base, the South African National Space Agency (SANSA) is finally ready to further boost the local space sector to deliver world class products and services.

South Africa has a deep space history, from NASA having a support station in Hartebeesthoek in the late 1950s, to the Magnetic Observatory in Hermanus, which turns 80 years this year.

Before 2010, space activities were focused within the CSIR’s Satellite Applications Centre (SAC) and the NRF’s Hermanus Magnetic Observatory (HMO).  In 2011, SANSA became South Africa’s national space agency, with the mandate to develop the South African space sector and to take advantage of the space resources available.

“The foundation set in the last 10 years has given us the ability to build a viable and stable space programme,” says SANSA CEO, Dr. Val Munsami. “Having achieved this mandate, we can now ensure that SANSA and the whole space ecosystem, including national industry and public institutions, becomes sustainable and are able to grow and respond to South Africa’s socio-economic imperatives.”

Perhaps the crowning achievement, following a decade of many significant accomplishments, has come at the tail-end of the decade: the construction of the Regional Space Weather Centre.

The current space weather centre has also been a hub of world-class research, firmly placing SANSA among the best research facilities in Africa. “Our scientists are incredibly productive, not only in generating new knowledge through the volume of papers, but publishing in high impact journals in a manner that is unmatched in Africa,” says Munsami.

The agency is unique on the continent in that it has its own satellite design, development and manufacturing capacity, and a scientific presence in the Southern Ocean. “We have bases on the Gough and Marion islands, as well as an important base in Antarctica, where 80% of the instrumentation there is space physics related,” says Munsami.

SANSA has begun building on this strong foundation with initiatives such as building a state-of-the-art data cube platform for supporting earth observations, as well as embarking on mega projects like the Space Infrastructure Hub (SIH). The SIH will be a R 4.47 billion investment into the South African space sector, facilitated through SANSA to unleash the country’s economic potential through space-related infrastructure and expertise.

Munsami is excited for a new ground station in Matjiesfontein to support deep space missions such as NASA’s Artemis Programme, set to return humans to the Moon and to land on Mars. “While we wait for approval from NASA, we’re going to prepare the site in any case for our own satellite mission needs,” he says.

With all these exciting initiatives and more in the pipeline, the next 10 years for SANSA will see an organisation much more financially sustainable and match its mandate. As part of its new five year strategy, SANSA will be tapping into and developing the private space sector in South Africa to generate revenue by working with industry body, ZASpace Inc.

SANSA now has a stable technology base to comfortably helm mega projects that will thrust it into a stratosphere of potential, all thanks to the many staff members across all SANSA’s divisions and locations around the country.