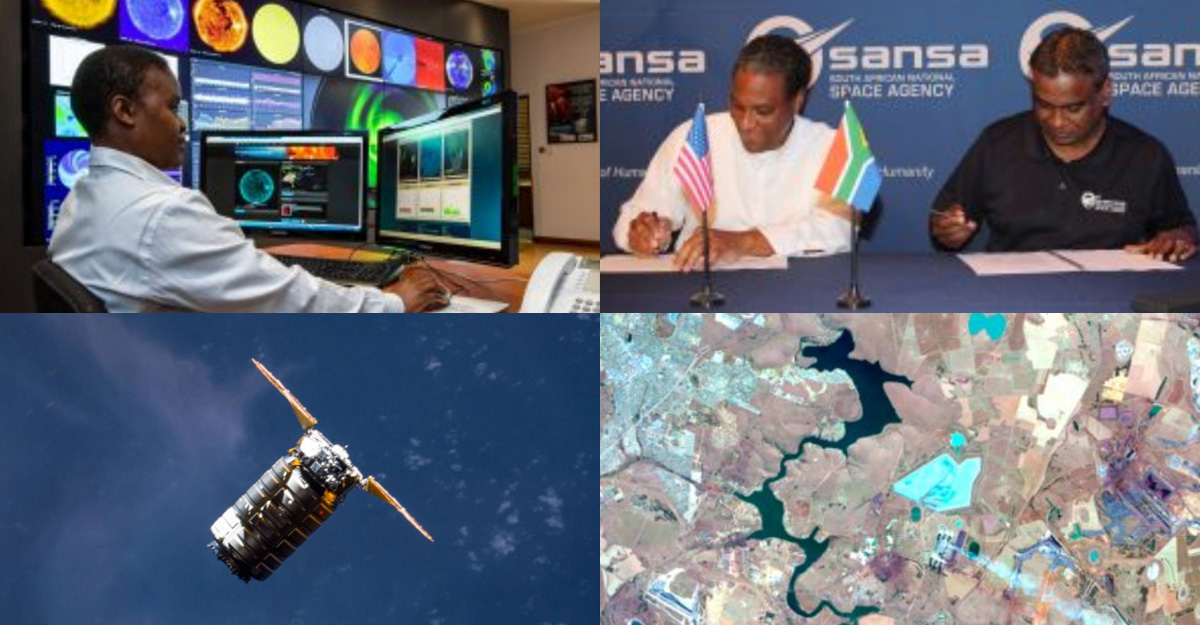 Posted at 14:03h in Uncategorized by Vaneshree Maharaj

SANSA hopes to stimulate and make the national space sector sustainable over the next decade through an investment of just over R1.5 billion into developing profitable space services. These services include providing satellite imagery to end users, providing global civil aviation with space weather information, and supporting satellite missions over Africa.

“At the moment, we know that public entities are regularly receiving budget cuts, which means they are expected to do more with less,” says Munsami. “We are looking at our business model, and we are trying to create platforms and programmes that will ensure our long-term financial sustainability. We are learning that we have to embrace a new way of doing things, as we cannot solely rely on public sector funding.”

Munsami says it became clear over the last five years that SANSA would have to stimulate the sector to generate more revenue through business opportunities in areas such as global navigation satellite services and satellite telecommunications, as per its mandate. SANSA aims to ensure that the South African space sector is developed to match the optimum growth experienced throughout the rest of the globe.

As such, SANSA’s 2020-2025 plan will invest in human capital development for the local space sector, broaden the suite of products and services the space sector has to offer for socioeconomic development, and renew its focus on regional space programmes on the African continent. Munsami lays out the plans for each of SANSA’s four programmes:

“Within the SANSA archives, we have satellite imagery that goes back to 1972, starting with Landsat and others. The key issue is organising all of the satellite imagery for any end user to access the data and information,” says Munsami.

SANSA plans to develop a data cube as a convenient platform that allows users to access pre-processed satellite imagery. Previously, presenting such information required much processing power and time for users such as the national government and commercial users.

“This is a new, powerful tool that we are currently building, and we are collaborating with the South African Radio Astronomy Observatory and the Centre for High Performance Computing, as these institutions are leading South Africa on big data science,” says Munsami. “We are also exploring opportunities with Amazon Web Services, as another example.”

SANSA is developing the new data cube platform to allow the broader industry to develop products and services that any government department could access by simply logging in to extract the information they need, without the need for extensive processing on the side of the user.

“This system is close to completion and will be installed within SANSA in the coming months,” says Munsami.

“We have a very strong programme on research and development, and we want to make it more relevant to the ordinary citizen,” says Munsami.

In 2018, SANSA answered a request by the International Civil Aviation Organisation to start incorporating space weather information as part of civil aviation flight plans. The activity of the sun can have negative effects on the navigation and communications systems of aircraft, and SANSA has the capacity to monitor such activity.

SANSA has been designated to provide information for aircraft flying over the entire African continent in near real-time, as such SANSA will be building a new space weather monitoring centre in Hermanus that will be operational 24/7.

“It will cost us about R100 million – we will have it ready in the next two years, and we will be increasing our technical and operational capacity for this.”

“We are upgrading our Satellite Assembly, Integration, and Testing Facility in Grabouw, which will take us another two years to complete. We plan to have three satellites launched – cubesats – and we have funding to increase the number of satellites over the next few years,” says Munsami.

SANSA plans to establish a new satellite development programme for an optical satellite mission that would be developed in collaboration with other African partners to form a constellation. This effort will use the lessons learned while developing the ZACube satellites that were launched in previous years.

Space Operations provides support for space launches by Europe and the United States of America, and SANSA remains the only space agency that provides these services over Africa.

“We undertake a significant number of launch-support activities, such as issuing commands for separation of the upper stages, ejecting satellites into orbit, switching on the satellites for the client, and in-orbit testing of the satellites. All of these are businesses within SANSA,” says Munsami.

SANSA is exploring the possibility of building a new ground station for near-Earth and deep-space exploration in Matjiesfontein, in the Western Cape. This new ground station, if successful, would support NASA’s efforts to return the next man and the first woman to the Moon, and also its efforts to journey beyond to Mars.

“We are also in discussions with the Department of Telecommunications and Postal Services to develop South Africa’s very own telecommunication satellites.” SANSA plans to develop a satellite augmentation system that brings navigation errors down to within a metre.

Munsami sees this new system as an important revenue-generating opportunity to be used by private industry and the public sector, for instance in providing location services for address boxes in dense informal settlements.

“We have done a business case that proves that with every Rand we spend, we can recoup about R10 in benefits,” says Munsami. “So if we spend an estimated R1 billion in the next 10 years, the direct and indirect benefits would be around R10 billion.

“Our primary vision going forward is to position ourselves for the African Space Programme to benefit all 55 countries on the continent. Our vision is taking the unique value proposition we have at SANSA to the rest of Africa.”