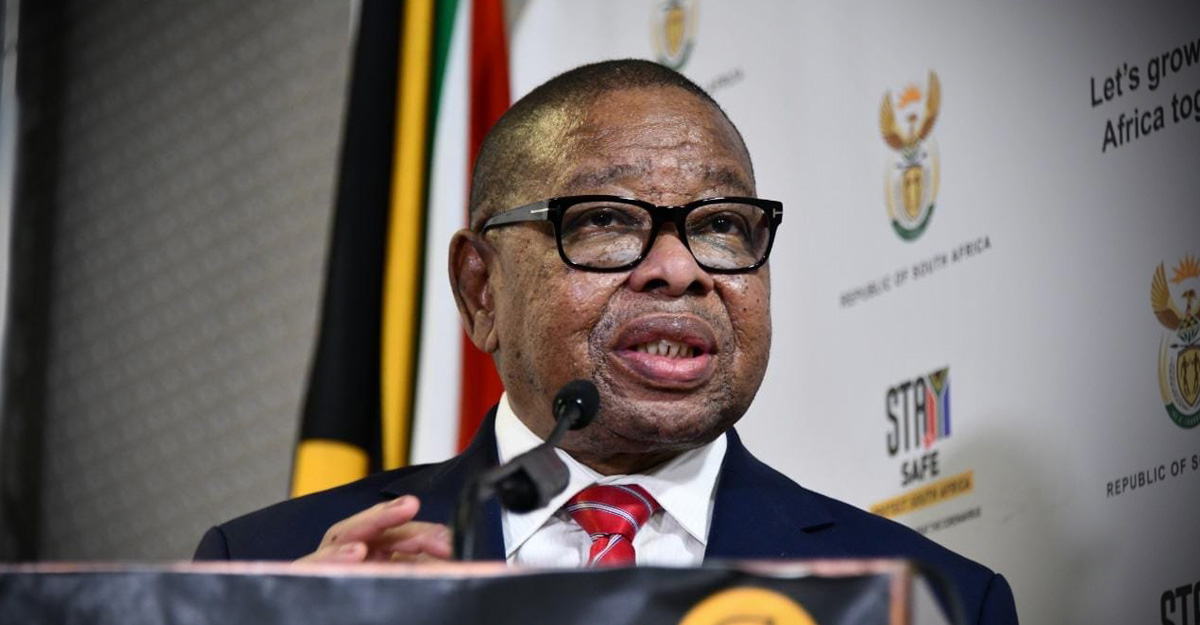 Posted at 09:08h in Uncategorized by Vaneshree Maharaj

On 9 December 2010, the Department of Science and Technology committed to a formal space programme for South Africa with the launch of the South African National Space Agency (SANSA).

Minister of the Department of Science,Technology, and Innovation, Dr Blade Nzimande says the work done at SANSA is an important service to humanity. IMAGE: Government Communication and Information System (GCIS).

The Minister of the department at the time, Naledi Pandor, had said the new agency would have enormous potential for future growth. Indeed it did; a decade later, the current Minister of the Department of Science and Innovation, Blade Nzimande, reflected on how SANSA has helped build the local space industry, calling its work a “service to humanity.”

In 2010 Pandor had said, “The space industry is now big business. It is not simply a matter of space travel, although the possibilities of space travel have excited and fascinated many of us.” She had hoped the new agency would boost the local space sector by “encouraging emerging scientists to take up careers in space research that is critical to the success of our space strategy.”

Before SANSA was established, South Africa’s space capabilities were split among multiple government organisations, chief among them being the CSIR’s Satellite Applications Centre and the Hermanus Magnetic Observatory. Today, these legacy organs of the state form an integral part of SANSA’s four strategic programmes of Space Science, Space Operations, Space Engineering and Earth Observation.

“As a technological advancing country, South Africa is reliant on space-based applications and services,” Nzimande said as part of SANSA’s 10th birthday celebrations. “The establishment of SANSA was strategically important in addressing our local challenges and improving the lives of our citizens.”

“Specific activities target women in science and previously disadvantaged youth whilst also using space to inspire future generations of space scientists and entrepreneurs across the country through public engagement,” said Nzimande. “Thousands of learners have through the years engaged with SANSA experts at science and career festivals, school visits, science centres and now, even online.”

The minister is excited about the future of SANSA and how it will contribute to South Africa’s economy through opportunities such as satellite development, Big Data platforms, and the establishment of a satellite-based augmentation system over southern Africa.

“I am certain that we can look forward to even more mammoth accomplishments from this young Agency of the DSI as it alters its growth trajectory with even more ambitious and impactful aspirations.”