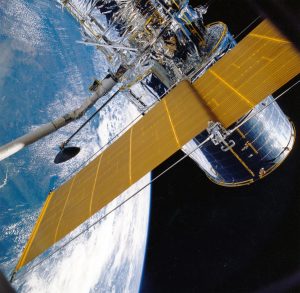 With the advances in space-based technologies, societies become increasingly reliant on these technologies such as satellites for navigation, communications, and weather prediction.

If satellites were to fail, every aspect of our lives would be affected. All flights would be grounded due to the lack of navigation systems and communications with ground support. We would be unable to predict the weather causing pilots to fly blindly into the storms.

Utilities such as sewer works, water works, traffic lights would also be in danger as these systems often rely on GPS satellites timestamps to work. The absence of timestamps from satellites would also put financial transactions and ATM withdrawals in jeopardy.

Satellite television and radio would disappear, and broadband connectivity and international phone calls would also become impossible, affecting our global economy on a grand scale.

The chances of all our satellites going off-line all at once seems unlikely but there is one phenomenon posing such a threat. Space Weather is driven by activity on the sun and if a solar flare or coronal mass ejection hits the earth, it could have a devastating impact on our satellites.

Over the weekend of 25 and 26 June 2021, the South African National Space Agency (SANSA) in partnership with the South African Agency for Science and Technology Advancement (SAASTA) will host a virtual hackathon aimed at discovering mitigating measures for the threats posed by space weather to our satellite infrastructure.

The Hackathon theme is aligned to the World Space Week theme, “Satellites improve life” and focuses on the impact that satellites have on our daily lives. An emphasis will be placed on space weather which has been recognised as a global challenge impacting our technologies.

Dr Lee-Anne McKinnell, SANSA Managing Director describes this hackathon as an important intervention in the quest to manage the global challenge of space weather. “This event will demonstrate how innovation and teamwork can result in applicable solutions. We encourage collaboration as a way of tapping into the potential of South Africa’s role in mitigating the effects of this global problem.”

Plus: The winning team will win a sponsored, two-day tour of the Western Cape’s top space facilities, including the SANSA Hermanus campus. Flights and accommodation included. 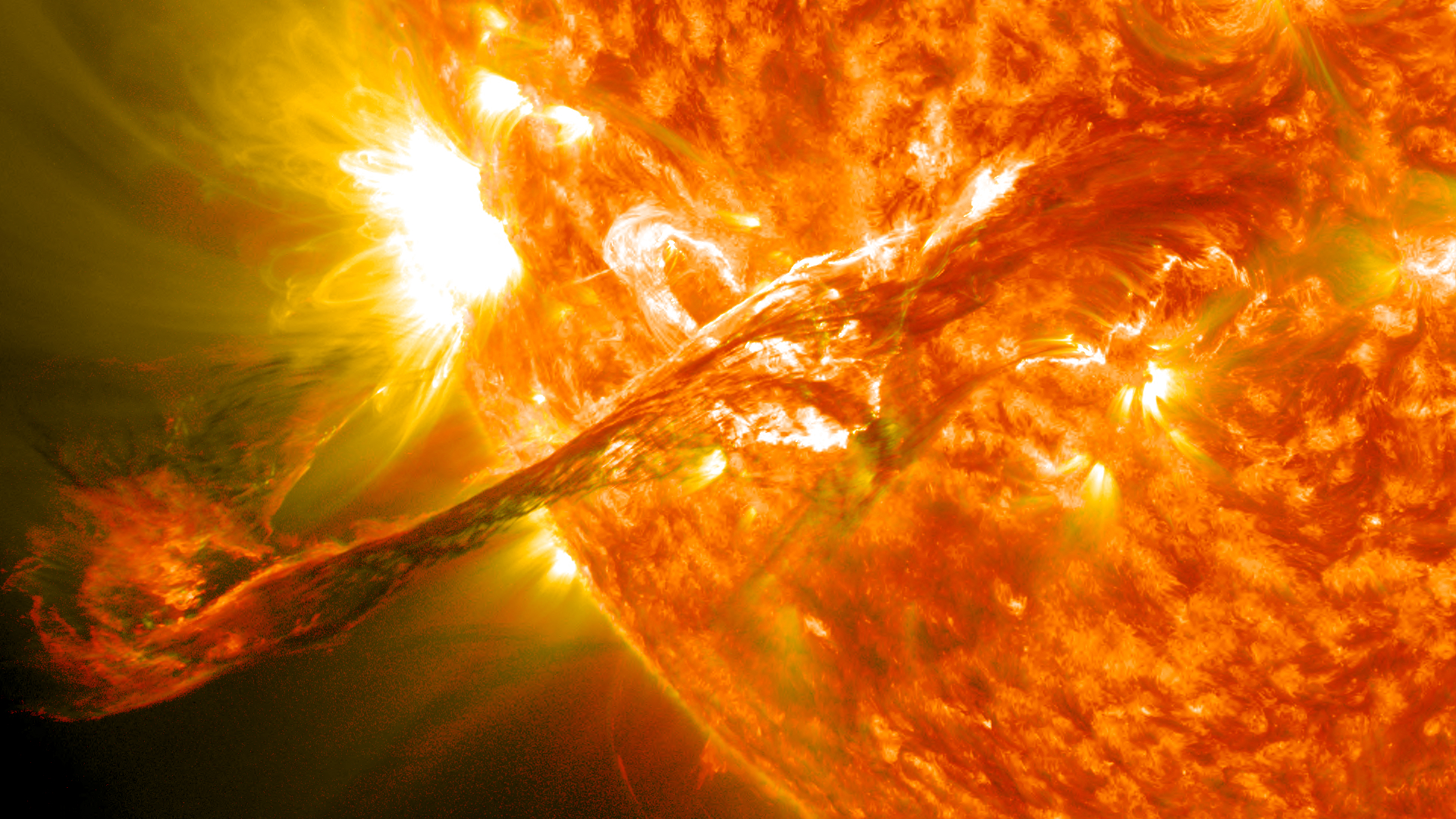 On August 31, 2012 a long filament of solar material that had been hovering in the sun’s atmosphere, the corona, erupted out into space at 4:36 p.m. EDT. The coronal mass ejection, or CME, traveled at over 900 miles per second. The CME did not travel directly toward Earth, but did connect with Earth’s magnetic environment, or magnetosphere, causing aurora to appear on the night of Monday, September 3.
Credit: NASA/GSFC/SDO

Here at the Space Weather Centre we monitor the sun and the space environment between the sun and earth.  The sun is a sphere of hot plasma and it radiates energy into the universe and we all know it provides light and energy for us here on Earth.  But it can also suddenly eject particles and plasma from its surface. These are known as solar flares or coronal mass ejections. These expulsions are physical and electrically charged and this is known as space weather.

Watch this video to find out more.