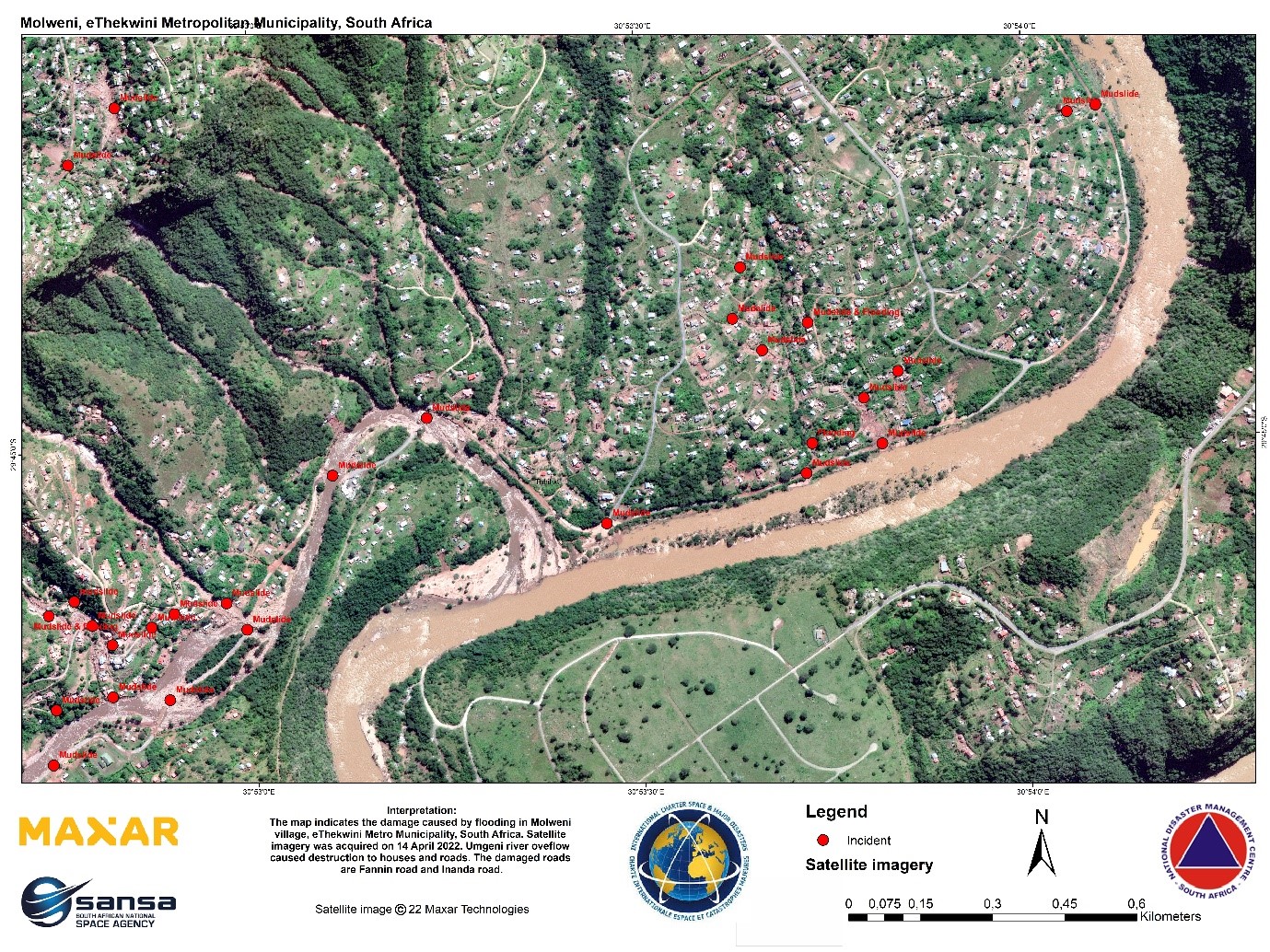 The South African National Space Agency (SANSA) together with its international stakeholders have obtained the Earth Observation Satellite Imagery in the areas that are affected by floods in KwaZulu Natal and some parts of the Eastern Cape. The intelligence derived from these data will be provided to the National Disaster Management Centre and local authorities to aid the disaster response efforts. The data provided by Maxar, Airbus, Radarsat Constellation, Copernicus, and a number of other data providers through the International Charter on Space and Major Disasters, is being analysed by SANSA to map the extent of damage to property and infrastructure in flood affected areas. The floods have caused damage in large parts of Kwazulu-Natal. Earth Observation derived intelligence will aid in conducting post-flooding disaster quantification and supports the estimation of overall damage, thus indicating the importance of such data in Government response efforts. This information is critical for Government to establish the financial requirements and priority areas to focus on to ensure the saving of lives and impact on the economy as well as improved planning at municipalities. 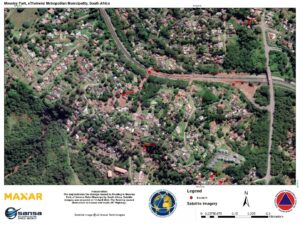 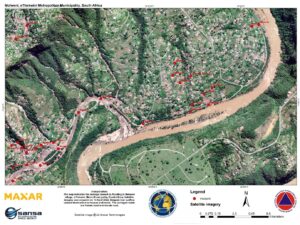