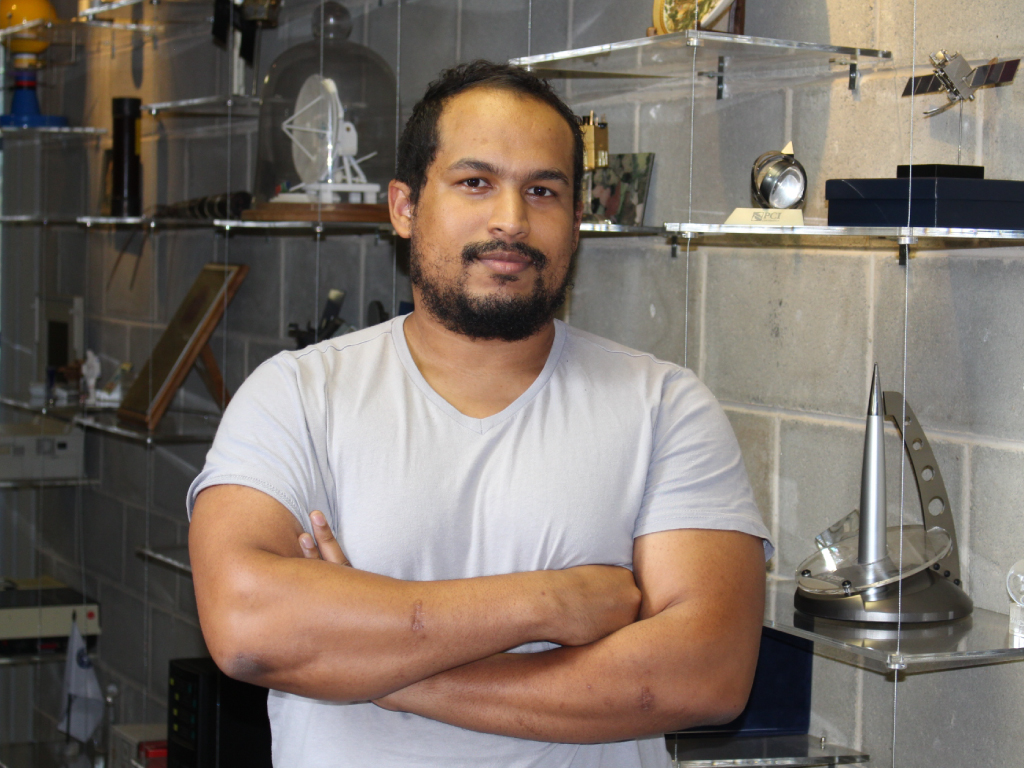 Posted at 13:02h in News, Newsletters by Jacques Kichenbrand

When you think of space exploration, the first things that come to mind are probably astronauts and exciting spaceship voyages to discover new planets. Not many people immediately think of software development.

While astronauts tend to get all the glory, software developers are actually the secret superheroes of space tech. This is because they are the people who write the software that keeps satellites in orbit and rockets on track, and who sift through data from satellite sensors or simulate rocket launches before they take place.

For this edition of our newsletter, we interviewed Jamie Moses, one of SANSA’s software developers based at SANSA Space Operations, Hartebeeshoek. Jamie received his National Diploma in Electrical Engineering (Electronic Communications) from the Cape Peninsula University of Technology (Cape Town) in 2018. He is currently studying towards a Bachelor of Science in Electrical Engineering degree at Wits University.

Jamie joined Space Operations as a Satellite Operations Technician In-Service Trainee in 2017 and was subsequently appointed as Software Developer in 2018.

His interest in the space industry was lit up by childhood exposure in astronomy. “As a child, my parents bought me books on astronomy and science which contained images of galaxies, nebulae and other things captured by the Hubble Space Telescope. Over time, I became passionate about the exploration missions too. My favourite exploration missions were the Mars Curiosity and Perseverance Rover missions, both of which I watched live”, Moses revealed.

Moses mentions launch support as one of the “surprise factors” that separated his preconceived ideas about the industry from its realities.

“The support side of the space industry is not really portrayed in detail to show people what it takes to ensure a launch or mission executes successfully. Learning about it was quite an eye opener to the high pressures experienced by the teams involved. I’d be lying if I say I didn’t enjoy the rush gained from this pressure. Additionally, I was surprised to find out how little live footage we get to watch as we take part in a mission.”

Highlights of Jamie’s achievements as a software developer would include a software he developed for one of HBK antennae to track the Parker Solar Probe launch. Another would be the Space Operations Weather Station monitoring and control system which he deems one of the most complex projects he has ever developed. This was a proud moment for him as it was his first publicly accessible web service application.

In his own words, “the most important project is the software I developed as an in-service trainee for programmatically generating pass reports for Landsat 7 and 8 missions; it is what led me down the path of software development and automation.”

When asked about his future goals, Jamie had this to say: