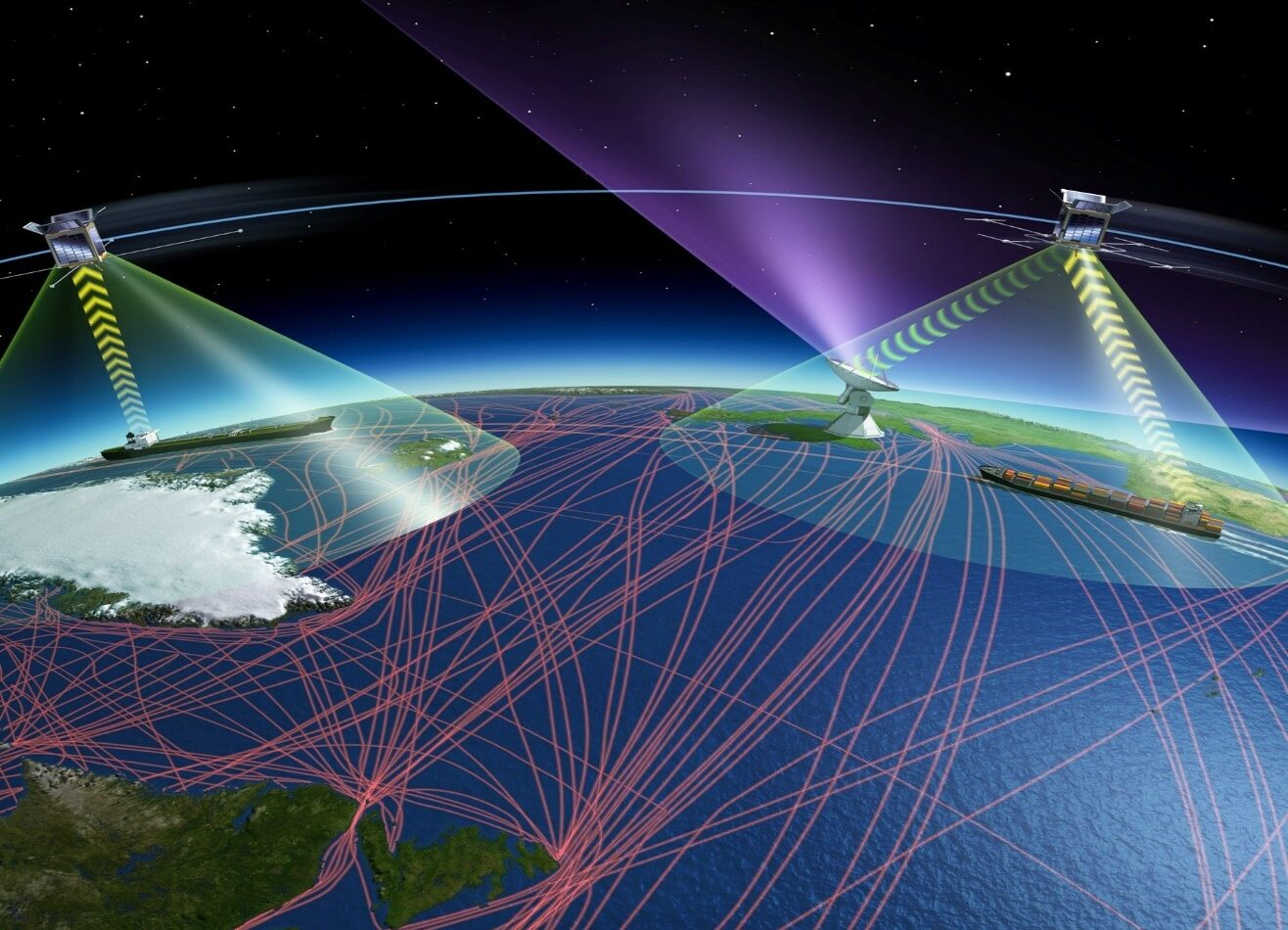 Posted at 12:57h in News, Newsletters by Jacques Kichenbrand

Move over Top Gun … South Africa has just deployed its constellation of nanosatellites to monitor the marine environment called MDASats! On 13 January 2022, a Falcon 9 rocket, designed, developed, assembled and operated by renowned company SpaceX, founded and spearheaded by South African-born entrepreneur and engineer Elon Musk, lifted off from the Cape Canaveral Space Force Station in the US state of Florida. Its payload was 105 small spacecraft, ranging from CubeSats to orbital transfer vehicles. The mission was well-covered in South Africa, for three of the CubeSats were South African.

The three CubeSats were designed and built at the Cape Peninsula University of Technology (CPUT), in Cape Town. “This was the biggest [CPUT] satellite project to date [and] there are many other projects in the pipeline. So I say watch this ‘space’”, punned CPUT Vice-Chancellor Prof Chris Nhlapo, following the successful launch and deployment of the little engineering successes. “We are a university of technology and we must dominate in the applied science space, our research must benefit the people of [South Africa].”

The constellation is not the first cubesats to have been built and launched by the country and in fact the previous three cubesats are still operational with the original cubesat having lived beyond its short lifespan. This is testament to the excellence of the programme and is a confident anchor for even greater satellite missions.

CubeSats, more formally designated nanosatellites, are small in size. The very first ones were indeed cubes, measuring 10 cm x 10 cm x 10 cm. It soon became apparent that greater volume would allow these miniature spacecraft to do serious, albeit limited, research or other missions. So 20 cm x 10 cm x 10 cm versions were developed. Because they were in appearance two Cubes stacked one on top of the other, they were called 2U CubeSats.

And likewise 30 cm x 10 cm x 10 cm models became 3U CubeSats (even though 2U, 3U and even larger versions are very obviously oblongs, not cubes). Today, the main types employed are the original (now 1U) cube, the 2U, 3U and the 6U.

The three recently launched South African CubeSats are all identical 2U craft. Each has a mass of only 2.1 kg.

So why all the excitement?

There are several reasons. This is the first constellation of satellites developed, designed and launched following the successful launch of the three individual cubesat launches since 2017. While other African countries own and operate satellites and even small constellations, they have used satellites designed, and in most cases built, elsewhere. Thus the creation of an indigenous satellite constellation, even if it was composed of nanosatellites, by an African country, is significant for the entire continent.

According to the definition used by the International Astronomical Union, a “satellite constellation” is a number of similar satellites, of a similar type and function, designed to be in similar, complementary, orbits for a shared purpose, under the same control”. A “constellation” is defined as a system of satellites working together to achieve a single purpose.

South Africa’s new system is better described as a mini-constellation. But, constellation or mini-constellation, the country has never operated such a system before, and that is another reason why its deployment is important, for there is much to learn. That is why only three CubeSats were launched, to make that learning process more manageable.

For example, the satellites in a constellation or mini-constellation must be placed in their complementary orbits or manoeuvred into complementary positions in the same orbit, to maximise the coverage – the number of overpasses – of the desired target area or areas.

The deployment of the constellation is also important development for the South African space sector. “It’s a culmination of the efforts and ambitions of the space sector over time,” explained South African National Space Agency (Sansa) Space Engineering Division Engineering Manager Justin Witten. “Without the earlier satellite projects – SunSat, SumbandilaSat and earlier South African CubeSats – we wouldn’t have been able to have this mission.”

CPUT itself first became involved in the space sector in 2008, pointed out the university’s Engineering and Built Environment Faculty Dean Prof Marshall Sheldon. “Each successful development and launch is a paradigm shift away from the traditional space industry norms and we are proud to be at the centre of that,” she affirmed. “Attracting more undergraduate and postgraduate learners to careers in space science will ensure we can continue celebrating future successes.”

Last but very far from least, the launch of this mini-constellation is important because it was not designed or intended to be, as all previous national South African satellites effectively were, as technology demonstrators. It is an operational system. The country’s first truly operational spacecraft system.

The development of this CubeSat mini-constellation cost the Department of Science and Innovation R27 million, spread over three years. The technologies employed were developed from those successfully trialled by the ZACUBE-2 technology demonstrator CubeSat, also developed by CPUT, under the aegis of the French South African Institute of Technology and the university’s African Space Innovation Centre (ASIC). (CPUT was also responsible for ZACUBE-1.) The mini-constellation’s nanosatellites were again developed by ASIC with the systems engineering support of SANSA Space Engineering. Mission control is provided by CPUT, with SANSA’s Space Operations programme able to provide backup, if and when required.

To what end? The name of the constellation is self-explanatory: Maritime Domain Awareness (MDA). Its member spacecraft are designated as MDASats, and as being the MDASat-1 model. The cubesats are individually designated MDASat-1a, MDASat-1b and MDASat-1c. They were designed and have been deployed to support the government’s Operational Phakisa ‘ocean economy’ initiative and are intended to improve the authorities’ awareness over South Africa’s maritime domain.

As a sovereign state, South Africa has territorial waters extending 12 nautical miles offshore, in which the country exercises total sovereignty. But it also has an Exclusive Economic Zone (EEZ), extending 200 nautical miles offshore, over which it exerts sovereign control of all economic resources (fish, other marine life, seabed and under-seabed resources), but only of these economic resources. South Africa also has rights to undersea economic resources to the edge of the country’s continental shelf (this being the underwater outer edge of a continent). South Africa’s EEZ alone totals some 1 553 000 km2, which is greater than the country’s land area (1 200 000 km2). And this EEZ is rich in natural resources, most obviously fish. But the ability of the South African Air Force, the South African Navy, and the Department of Forestry, Fisheries and the Environment to patrol this huge area is currently decidedly limited.

Space-based technology provides cost-effective assistance in this endeavour. The role of the MDASats is to detect and track shipboard Automatic Identification System (AIS) transponders. AIS is part of the Global Maritime Distress and Safety System and its installation and use is mandatory for all civilian vessels employed on international voyages and which displace more than 300 tonnes, or are employed on non-international routes and displace more than 500 tonnes, as well as for all passenger ships. AIS employs very high frequencies (VHF) to transmit digital data on the vessel: its identity, type, location, course, speed and direction.

Consequently, the primary payload of each of the MDASats is an AIS transceiver with its associated software defined radio. This allows the CubeSats to detect AIS transmissions and relay the information to mission control, allowing the tracking of all civilian vessels operating in South Africa’s EEZ and continental shelf areas. Of course, a ship engaged in, or a victim of, criminal activity can switch off its AIS, but it could not risk doing so for an entire voyage, as detection by any country’s naval or air patrols would immediately draw close and unwanted attention. So normally ships engaged in illegal activities would only switch off their AIS when they were actually breaking the law. However, the sudden disappearance of an AIS signal in or near South African waters would alert the authorities and allow them to dispatch an aircraft or ship to investigate.

As the nano-satellites eventually drift further apart, there will be breaks between overpasses with an average of 12 passes per day. Since SANSA is also still tracking previously launched nanosatellite ZACUBE-2, this increases the total to 16 tracking operations per day.

However, a mini-constellation of three (or even four, if one includes the still operational ZACUBE-2 technology demonstrator) has been determined as ‘suboptimal’. To provide sufficient coverage a squadron of about nine of the CubeSats would be needed, in three different orbital planes. Once experience has been gained operating and managing this initial trio, the plan is to launch a second trio (Phase 2 of the programme), followed shortly thereafter by a third trio (Phase 3).

CubeSats, because of the low orbits they occupy, tend to have short lives and the MDASats have a predicted lifespan of three years. The plan would result in a minimum of nine-satellite constellation in about two-and-a-half years. That would last about six months, but then the first three would deorbit and be replaced. There would be a continuous replacement/replenishment programme, which could see larger nanosatellites developed, for example 3U or 6U models.

What will happen in Phase 2 of the project?

The CubeSats that would form Phase 2 would be based on the MDASat-1 design, but probably improved as a result of operational experience. This second trio would be designated MDASat-2. However, Phase 2 was still awaiting official approval and requisite funding.

The MDASat-1 craft do have an experimental secondary mission, testing the feasibility of VHF Data Exchange Services (VDES). The idea of VDES, which is a global initiative, is to transmit additional data via an expanded range of AIS frequencies. South Africa is fully involved in the process of developing and agreeing global standards for VDES.

To have VDES on a nanosatellite is a cutting edge development. The aim is to develop full VDES capability for future nanosatellites, starting with the MDASat-2s.