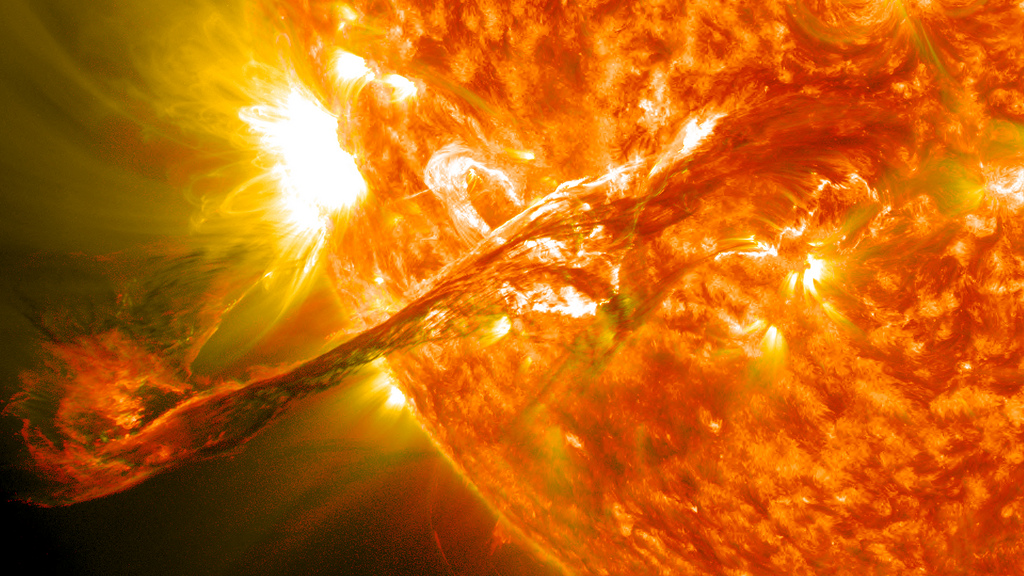 Posted at 10:45h in News, Space Science by Daleen Fouche

Starlink suffered a serious setback on 4 Feb 2022 with the untimely demise of 40 of its satellites launched the previous day [1]. The Starlink satellite system is claimed to become the world’s most advanced broadband internet system [2]. It is being built and deployed by SpaceX and is designed to ultimately comprise more than 40,000 satellites. In April 2019 the FCC approved the launch of nearly 12,000 satellites in three orbital shells: approximately 1,600 satellites were to be launched in a 550 km-altitude shell. SpaceX launched the first 60 satellites of the constellation in May 2019 into the 550 km orbit [3]. The constellation has grown to over 1,700 satellites through 2021. Last year, Engineers at Ohio State University developed a method to use signals broadcast by Starlink internet service satellites to accurately locate a position here on Earth, much like GPS does [4]. Starlink satellites are closer to Earth than GPS satellites are, making their signals much stronger and less susceptible to interference.

On Thursday, February 3 at 18:13 UT, Falcon 9 launched 49 Starlink satellites to low Earth orbit from Kennedy Space Center in Florida. The 49 satellites launched on 3 February were destined for an orbit of 550 km [5] but ended up in an orbit of 200 km.  The Starlink disaster had first been reported to be due to a Space Weather event on 4 Feb which supposedly increased drag on the satellites, which lead to their early demise and burnout in the Earth’s atmosphere. However, on 8 Feb SpaceX acknowledged that the 200 km orbit altitude where the Starlink Satellites were temporarily deployed was unfortunate [6]. The satellites were being tested at 200 km before they were to be boosted to 550 km. During this checkout phase, there was an expansion of the Earth’s atmosphere due to a space weather storm that caused 40 of the 49 satellites to re-enter the Earth’s atmosphere and burn up.

SANSA predicted the possibility of a minor G1 geomagnetic storm in its space weather bulletin of 4 Feb as follows: “There is a slight chance of a G1/minor storm today due to the influence of the Coronal Mass Ejection (CME). A G1/minor storm can also be expected tomorrow (5th of February) due to the arrival of the corotating interaction region (CIR) and High-Speed Stream (HSS) from Coronal Hole (CH) 49” See Figure 2. The Space Weather Prediction Centre in the USA (SWPC) on 2 February issued a Kp=5 warning which specified that the geomagnetic disturbance that started on 1 Feb might have continued up to 4 Feb. The Kp=5 (G1) storm level was actually reached on 3 Feb, the day of the Starlink launch. There was also a warning from SPWC that the storm might have an impact on satellites [6]. The long-duration storm was an after-effect of the CME impact just before midnight on 1 February.

Low Earth Orbit (LEO) satellites are operated at altitudes in the range of 400 to 1000 km. In this region of space, the atmospheric density is low enough that the satellites do not experience enough drag to significantly reduce their energy and reduce the orbit altitude.  The International Space Station (ISS) orbits the Earth at an altitude of 408 km. Even at that altitude, the ISS drops about 1 km per year due to atmospheric drag.  It has been boosted to higher orbits many times over its life.

It is well-known that when the orbit altitude of a satellite reaches about 200 km, the increased drag of the atmospheric gasses on the satellite de-orbits the satellite within hours. During a space weather storm, there can be is an expansion of the Earth’s atmosphere which causes the density of the atmosphere at 200 km to increase even more. This coincidence of events on 4 Feb is now understood to be responsible for the Starlink disaster.

Space Weather can impact satellites in at least three ways:

SANSA is ramping up its ability to provide Space Weather Warnings to not only terrestrial users of technologies such as GPS, HF Communications and Power Systems but also to be able to provide satellite operators with warnings such as that which could have prevented the Starlink disaster if it had been heeded. The Regional Space Weather warning centre operated by SANSA in Hermanus will be transitioning to 24/7 operations later this year [7,8]. 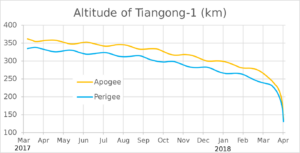 Figure 1. Altitude above the Earth of the Tiangong-1 satellite during its final year of uncontrolled re-entry [9] Read more about satellite drag on https://www.swpc.noaa.gov/impacts/satellite-drag

Figure 2. Excerpt from the SANSA Space Weather bulletin of 4 Feb that indicated the likelihood of a G1 storm.