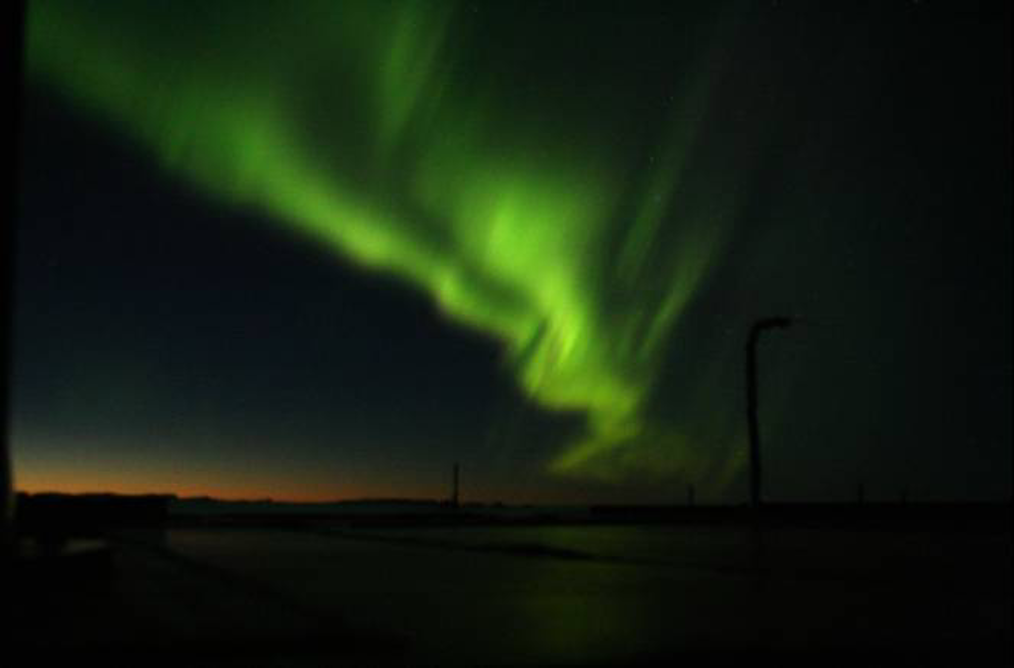 27 Sep A Glancing Blow May Make the Night-Sky Glow!

Posted at 15:05h in Space Science by Daleen Fouche

A dark filament of a wound-up magnetic field erupted from the Sun’s southern hemisphere on 19 September. It is not directly headed for the Earth, and when it arrives on 23 September, it may not have a significant impact on any technologies. However, it may give the Earth a glancing blow, and make the night-sky glow in bright green in Sweden and other Northern high-latitude locations.
The aurora image below, recorded in Sweden on 17 September, occurred when magnetic fields in the wake of the coronal mass ejection (CME) arrived at the Earth and opened a high latitude crack in Earth’s magnetosphere. The solar wind poured in through this crack to fuel a G1-class geomagnetic storm with 360° polar auroras.

The aurora, also known as Northern Lights, or Southern lights, are some of the most spectacular consequences of space weather impacts on the Earth. Aurora can also occur on other planets that have atmospheres and a magnetic field and have been seen on Jupiter and Saturn. The Aurora is caused when energetic particles in the solar wind collide with and transfer their energy to atmospheric gas molecules in a process called precipitation which results in the ionization of these gas molecules. When molecules recombine with their stripped off electrons and return to their neutral state, they emit light in colours that are characteristics of the specific gas molecules.

The light energy released appears as a colourful glowing halo around the poles. Most auroras happen about 100 to 1000 km above the Earth’s surface. The most common colour of the aurora is green, by the emission of 5577 Angstrom wavelength light from oxygen atoms. Aurora also occurs in bright red, blue and purple due to the excitation of other atmospheric molecules. Aurora can be seen from distances of several hundred km at night during the Winter in high latitude countries in an oval region between 60º and 70º latitude. Aurora is also often seen at the South African polar research station SANAE-IV in Antarctica during the dark Winter months. During extreme geomagnetic events, such as the Halloween storm of 29 October 2003, the auroral oval can expand to mid-latitudes and have been seen from Cape  Town and from Texas. 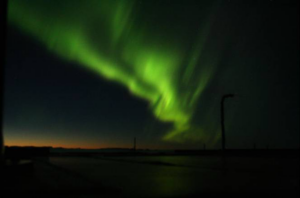