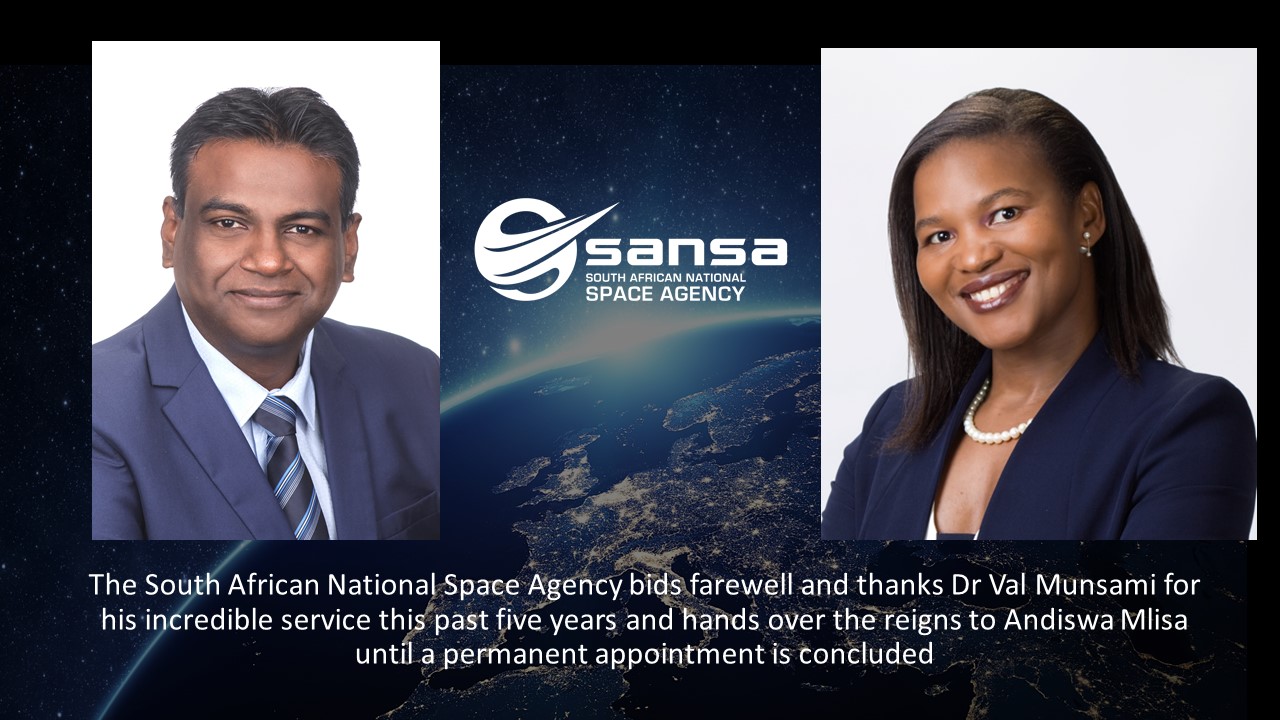 Posted at 14:04h in News, Press Release by Vaneshree Maharaj

The South African National Space Agency (SANSA), in its 11th year of operation announces the resignation of Dr Valanathan Munsami from the employ of the Agency. Dr Munsami has been CEO for the past five years and made significant progress to elevate the profile and implement aspirational programmes and establish critical partnerships for the success of SANSA.

He has a rich history in Space Science and extensive experience that is sure to contribute to his next career endeavour. Dr. Munsami holds a PhD in Physics, a Master of Business Leadership, a Space Studies Program Diploma, and a Certificate in International Air, Space, and Telecommunications Law.

He was the Vice President of the International Astronautics Federation, but currently Chairs the IAF Administrative Committee for Developing Countries and Emerging Communities. He also served on the South African Council for Space Affairs (SACSA) for a number of terms. He is an academician of the International Academy of Astronautics (IAA) and sits on the Advisory Boards of the Space Generation Advisory Council and the Global Space Congress, and on the Board of Trustees for the International Academy of Science.
He has published several scientific and policy-related journal articles and sits on the Springer Editorial Advisory Board for the Southern Space Studies Series.

He also Chaired the Committee of Heads of Organisations of Research and Technology (COHORT), which comprises 21 science and technology institutions in South Africa. The Agency and Board are saddened to have Dr Munsami leave as the future of SANSA is being cemented through a revised strategy looking to fulfil a greater mandate and the developments arising from the Space Infrastructure Hub for the benefit of growing the space economy and creating skills and employment with an efficient space industry. As the process to recruit a new CEO for SANSA continues, Ms Andiswa Mlisa (currently the Managing Director: Earth Observation) will hold the reigns for the next six months.