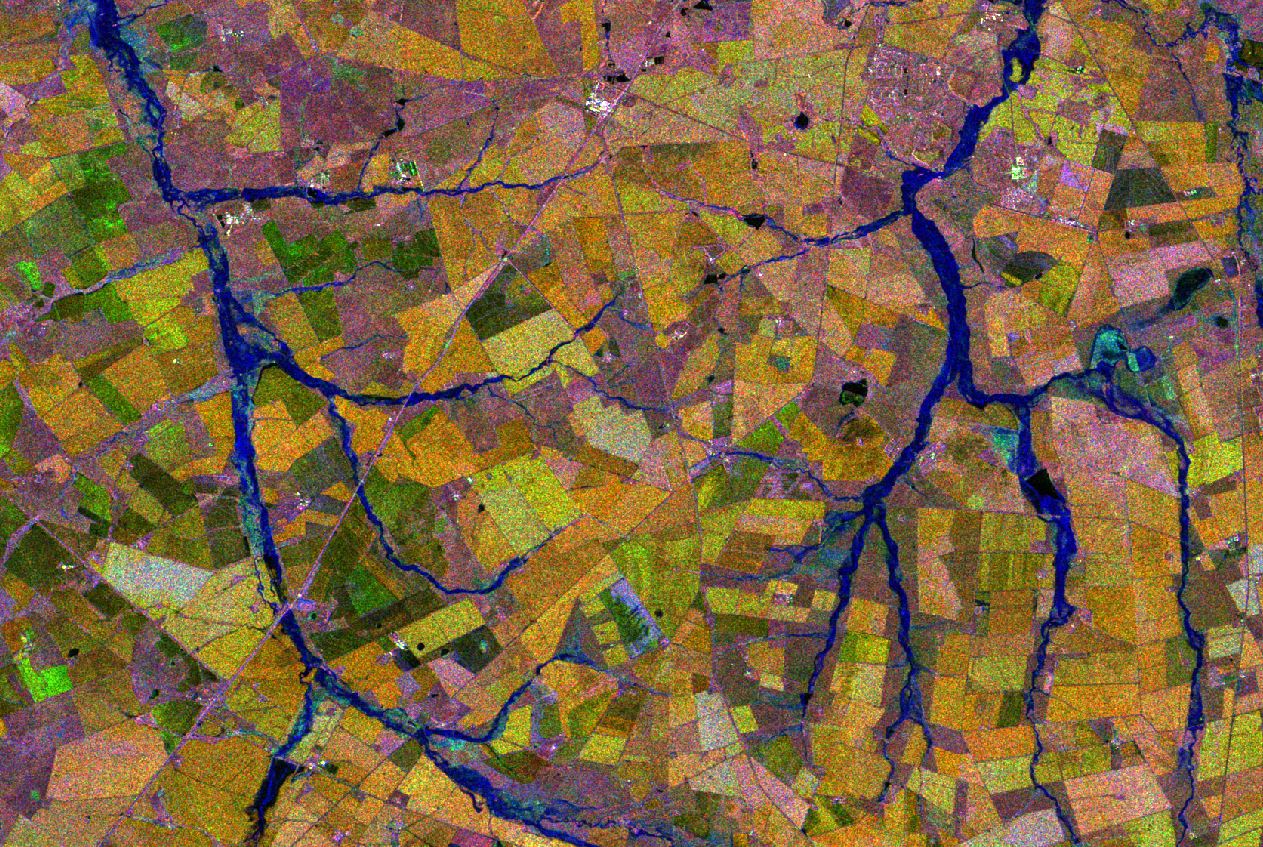 Posted at 11:18h in Earth Observation, News by Khumbulani Mkhize

South Africa has been experiencing heavy rainfalls over the past weeks. heavy rainfall have caused flooding in various parts of the country affecting thousands of households.

The flooding in the City of Tshwane area Eerste Fabriek , Nellmapius are flagged by the model indicating the risk of flooding. The Earth Observation Satellite map shows households at risk of flooding. These are households on the “blue shaded part” of the map. The blue indicate an area water discharge from the Pienaars river can potentially reach resulting in flooding households near to the river. 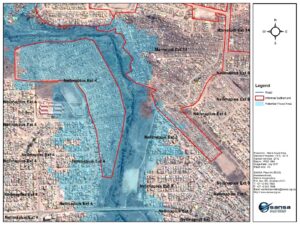 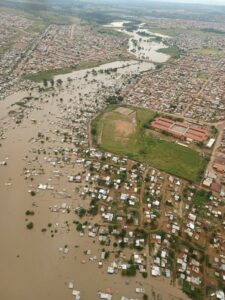