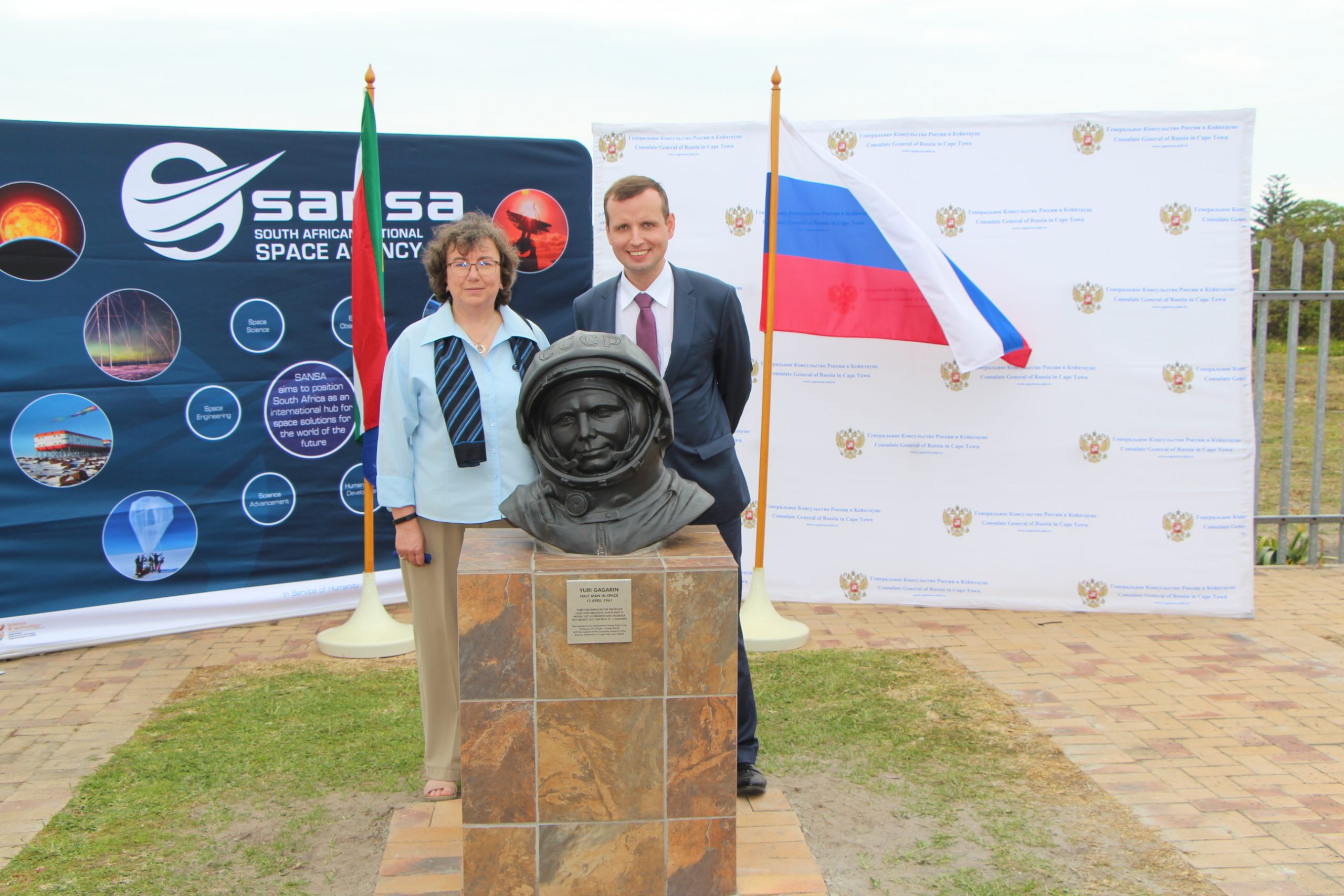 Posted at 16:15h in News, Press Release by Rendani Nevhulaudzi 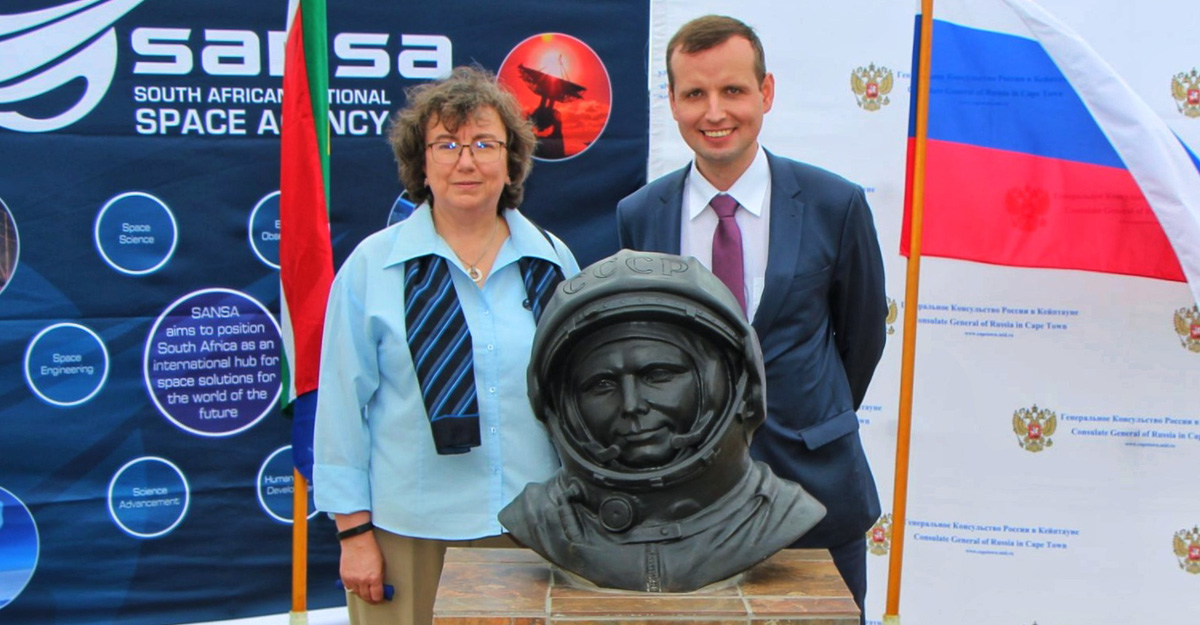 The first monument in memory of Yuri Gagarin on the African continent and the Southernmost one in the world.

The Consulate General of the Russian Federation in Cape Town and the South African National Space Agency (SANSA) in Hermanus, hosted an unveiling ceremony of a monument dedicated to Russian cosmonaut, Yuri Gagarin, the first man in space.

On April 12, 1961, aboard the spacecraft Vostok 1, Yuri Alekseyevich Gagarin become the first man to leave Earth and travel into space. During the flight, the 27-year-old test pilot and industrial technician also became the first man to orbit Earth, a feat accomplished by his space capsule in 89 minutes.

“This outstanding event holds a unique place in world history having become one of the most important steps in the exploration of space which gave great impulse to the development of many fields including telecommunication and even the invention of electronic devices we use in our everyday lives,” said Iakov Baskakov, Acting Consul General of the Russian Federation in Cape Town.

In commemoration of this great achievement the International Charity Public Fund “Dialogue of Cultures – United World” with the support of the Consulate General of the Russian Federation in Cape Town donated a monument of Yuri Gagarin to SANSA.

“This monument reminds us we should work together in the exploration and peaceful use of space and will undoubtedly serve to strengthen the friendship and collaboration between Russia and South Africa in this sphere,” said Baskakov.

While there are many other monuments dedicated to Gagarin around the globe this is the first monument of its kind on the African continent and the Southernmost one in the world. The monument was installed within the SANSA Science Centre where it will be viewed by thousands of learners and visitors to the Space Agency. SANSA and the Consulate General hope that the monument will encourage the next generation of space explorers, scientist and engineers.

“A significant part of achieving our dream for the African continent is to inspire the youth and ignite excitement in science and technology. We are constantly looking for the future space explorers, the future space environment researchers, and the future space engineers”, highlighted SANSA MD, Dr Lee-Anne McKinnell. ‘Our dream is a long term one which we know cannot be achieved by our generation alone.”

“Space research and exploration is global – and while representing the African continent we also look to our international stakeholders to partner with us on an equal footing as we take on the global challenge of optimizing space utilization and inspiring the next generation.”