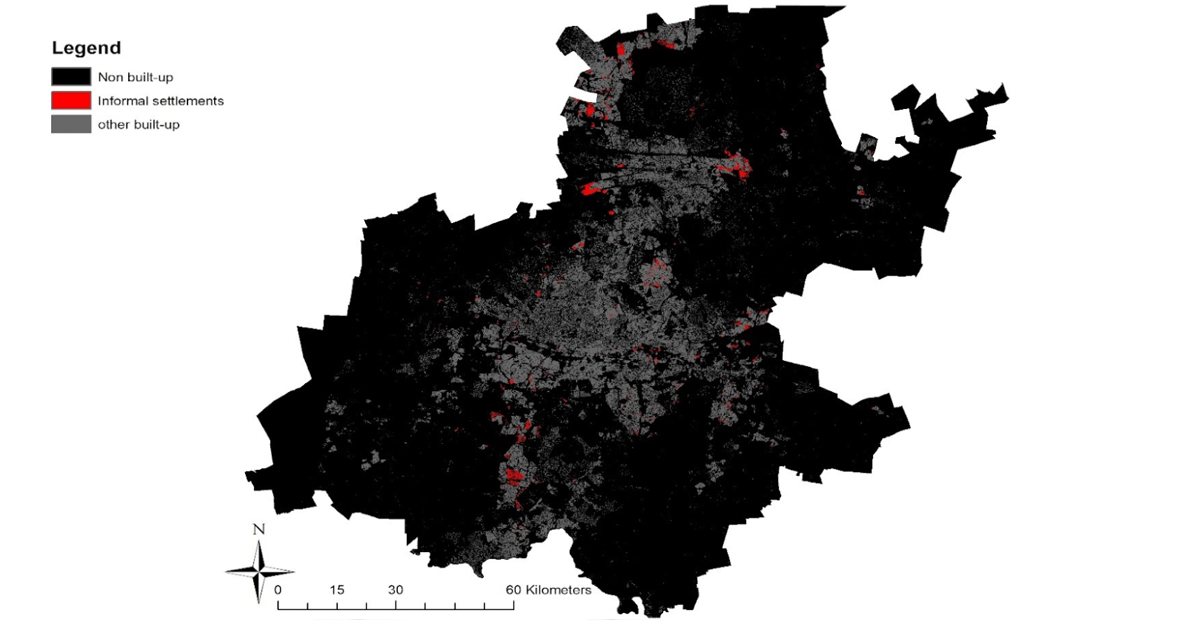 SANSA collaborated with Amazon Web Services, and the African data science competition platform Zindi to create an AI tool that identifies informal settlements using SANSA’s satellite data. Over 180 data scientists from across Africa competed in a weekend hackathon to create a model that identifies new informal settlements not yet spotted through on-the-ground monitoring.

Satellite data showing where informal settlements can be found in Gauteng. Image: SANSA.

“The idea was to get data scientists to work on a potential solution that SANSA could use to optimise our mapping processes,” says Managing Director of Earth Observations at SANSA, Andiswa Mlisa.

From 12-15 June, 184 data scientists from 34 countries used SPOT satellite imagery provided by SANSA to create the models. $1 000 was up for grabs for the top three solutions.

The data scientists were also given access to powerful computing capacity through virtual machines provided by Amazon Web Services.

“The informal settlement that it picked up on, as an example, was a very small area that was surrounded by other homes, but you start to recognise it when you look at it more carefully,” says Zindi Africa CEO, Celina Lee. “What’s nice is that the model can pick up on what the human eye might just scan right over and not notice.”

These models won’t be replacing humans anytime soon; they remain tools developed to make the work of technicians easier, by pointing users towards where to look for informal settlements. “Right now, with the models that we have, it will almost be like a heatmap with different probabilities indicating where an informal settlement is likely to be,” says Lee.

She says that it was exciting to work with SANSA on this project as it unlocked opportunities for many African data scientists to showcase their talents. The hackathon also illustrates the wealth of data that SANSA has to offer data scientists on the continent.“We would love to work with SANSA to tackle other problems,” says Lee. “There is such great potential in SANSA’s data to generate insights in a quicker and more efficient way using machine learning.”