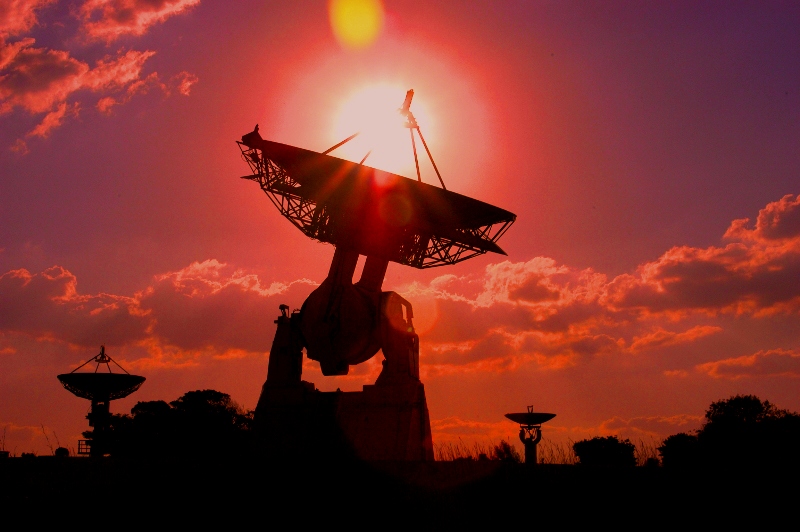 Amidst the global Covid-19 pandemic and a financial recession, the South African government has secured funding for a number of strategic infrastructure projects as part of its effective economic recovery plan. Digital infrastructure investment has ranked as a high priority due to our ever-increasing dependency on technological systems which rely on space infrastructure such as satellites and ground stations.  Daily weather forecasts, instantaneous worldwide communications, navigation systems, and a constant ability to record high-resolution images are all examples of space infrastructure that are extensively utilised. Even basic commodities, such as food and energy resources, are facilitated through the use of space-based technology.

South African President, Cyril Ramaphosa and Minister of Public Works and Infrastructure, Patricia De Lille have mobilised public and private sector funding to prioritise infrastructure development to support economic growth and job creation through the Sustainable Infrastructure Development Symposium (SIDS). The South African National Space Agency (SANSA), an entity of the Department of Science and Innovation (DSI), has been awarded a significant R4.47 billion in additional funding over the next three years, to develop a Space Infrastructure Hub as part of the SIDS initiative.

“The Space Infrastructure Hub marks a significant milestone for the South African space sector to build an indigenous space capability that will service the needs of the country. This project will position space data as a tool for sustainable development, especially addressing government’s national priorities and for commercial use in thematic areas such as remote sensing, navigation, and space sciences,” says SANSA CEO, Dr Val Munsami.

In early 2020, SANSA submitted a proposal to the SIDS, an initiative of government to access funding as part of the country’s economic recovery plan and to respond to the National Development Plan 2030 and the Infrastructure Development Act. Over 270 projects were submitted for consideration by the SIDS. Of these, 88 projects were classified as bankable and five were considered high priority for the country in terms of the associated impact that was expected. The projects were divided into six sectors, namely, Water and Sanitation, Energy, Transport, Digital Infrastructure, Agriculture and Agro-processing and Human Settlements sectors.

The R4.47 billion project will include a number of satellite builds (Earth observation and space science missions), a new ground station, an expanded data segment and a new data visualisation centre, activation of the satellite based augmentation system over Southern Africa, the development of products and services for use across all spheres of government, and human capital development and training.

In addition to the R4.47 billion funding secured through SIDS, the Space Infrastructure Hub also includes other projects for which separate ring-fenced funding has already been secured, namely:

A key  step  in  the way forward is that SANSA will now be working with the Presidency, DSI and the   Department of Communications and Digital Technologies (DCDT), as well as Sentech to secure funding for a Telecommunications Satellite for South Africa through the SIDS initiative, which is an annual process.

The basis for this large funding allocation to SANSA is that space technology, products and services   contribute to sustainable development and provides many benefits to the country. Of late, there has been an increasing appreciation of the value proposition of space applications. Space-derived services, such as Earth observation, satellite communications, navigation, space weather monitoring and space exploration, are increasingly being used to inform policy choices relating to political, social, economic and environmental challenges.

The global space sector was valued at $360 billion in 2018 and is projected to grow at an annual average of 5.6 percent reaching $558 billion by 2026. The African space industry is currently worth $7.37 billion and is projected to grow to over $10.29 billion in the next five years, according to the 2019 African Space Industry Annual Report. In a 2017/18 study commissioned by the Department of Science and Innovation, South Africa had approximately 30 space companies in the upstream segment with a turnover of R308 million, R114 million of which was for the export market. The turnover of the downstream segment was even more impressive, accounting for R205 billion, inclusive of satellite telecommunications. The savings accrued to government in 2017/18 through the use of satellite technology is estimated to be around R3 billion.

SANSA aims to ensure that the South African space sector is developed to match the optimum growth experienced throughout the rest of the globe.

“Our business case shows that with every Rand we spend, we can recoup about R10 in benefits,” says Munsami. “If we spend an estimated R10 billion in the next 10 years, the direct and indirect benefits would be around R100 billion. Our primary vision going forward is to position ourselves for the African Space Programme to benefit all 55 countries on the continent.”

SANSA is currently refining the details of each aspect of the deliverables within the Space Infrastructure Hub and will be hosting various engagement workshops with the local space stakeholders over the coming months.