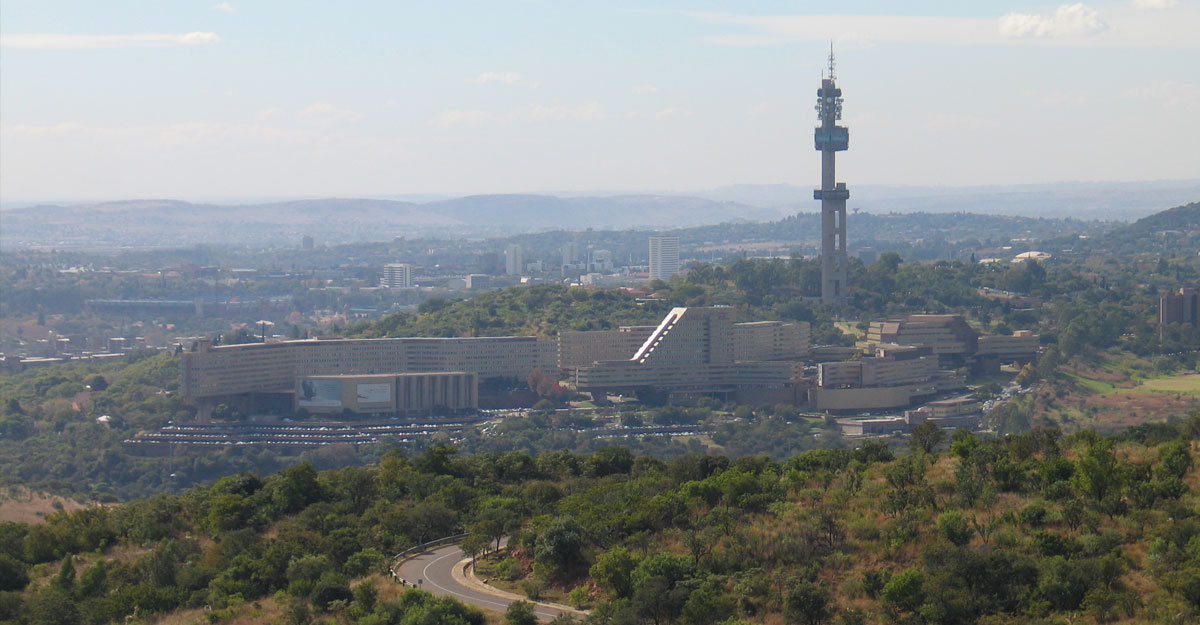 Posted at 15:03h in Uncategorized by Vaneshree Maharaj

The City of Tshwane has seen a significant decrease in air quality between 1996 and 2016 as the population almost doubled and economic activity boomed. IMAGE: Wikipedia Commons.

For the first time, Shikwambana used data from the TROPOspheric Monitoring Instrument (TROPOMI) on board the Sentinel-5P satellite to look at sulfur dioxide (SO₂) and nitrogen dioxide (NO₂) gases over South Africa. His work was just published in the prestigious International Journal of Applied Earth Observation and Geoinformation.

The relatively new Sentinel-5P satellite, launched in 2017, measures the presence of certain gases at much higher resolution than any other air quality monitoring satellite.

“We are the first people to study the distribution of SO₂ over South Africa using this instrument,” says Shikwambana. “We also tracked SO₂ changes and what can constitute these changes. Using reanalysis data from MERRA-2 we performed statistical analysis techniques to look at the trends from 1980 to 2018.”

Shikwambana and his team focused on important hotspots in South Africa such as Emalahleni and Lephalale. These areas host some of the biggest coal-fired power stations in the country, and they are major emitters of SO₂.

They traced the spread of SO₂ to far-flung areas as distant as Eswatini, and discovered that the spread of SO₂ from the study areas was largely confined to the Mpumalanga province rather than spreading to other provinces in South Africa during the summer and autumn seasons. The team also studied how wind confines and spreads gases such as SO₂ and NO₂ over South Africa.

In an earlier study published in the South African Geographical Journal, Shikwambana tracked the effects of land use and population growth in South Africa on air quality.

The research team chose a few select areas in South Africa that have had significant land use and population growth changes from 1996 to 2016. Tshwane was an important candidate for the study because it had seen a 82.27% increase in the population within the study period.

“We saw a decrease in air quality overtime with the migration of people,” says Shikwambana. The team used MERRA-2 reanalysis data to look for traces of black carbon that comes from veld fires, internal combustion cars, and open fires associated with informal settlements for warmth and cooking.

They saw an increase in black carbon, which they attributed to more residents owning cars and an increased number of people moving into informal settlements in the Tshwane region. The team also found an increase in the amount of SO₂ gas in Emalahleni, likely due to an increased demand for electricity supply after South Africa became a democracy in 1994.

“Some power stations that had been decommissioned came back online so that they could meet the demand in the country,” says Shikwambana. “We saw a sharp increase overtime in SO₂, and an important thing to note about SO₂ is that it remains in the atmosphere much longer than black carbon.”

In Rustenburg, where air quality is affected by mining and other important industrial activities, they found that carbon monoxide levels decreased along with a decrease in mining.

These studies show that while economic activity increases, and more people migrate to these important areas, air quality decreases. They also show how satellite data can ultimately inform better decisions for human health and wellbeing.