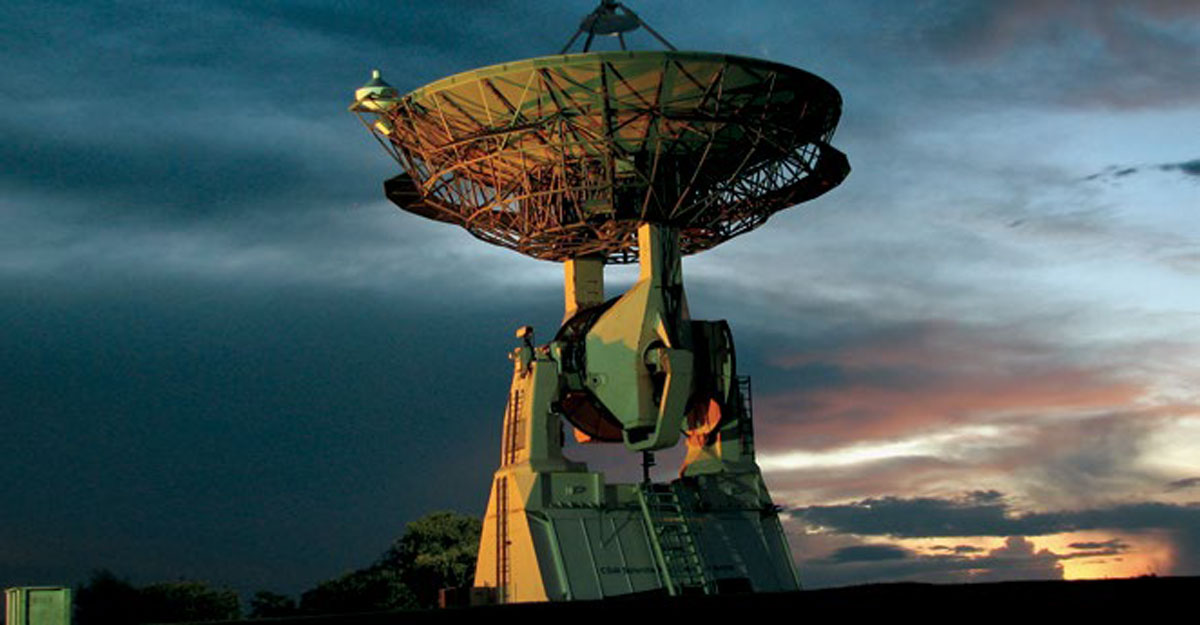 22 Jul From consoles to dashboards: tracking satellite technology at SANSA

Posted at 14:54h in Uncategorized by Vaneshree Maharaj

From manual consoles to digital dashboards in the cloud, Joel Sekwakwa and Cornelius Mokgadi have seen it all over 20 years of capturing and processing data from satellites. 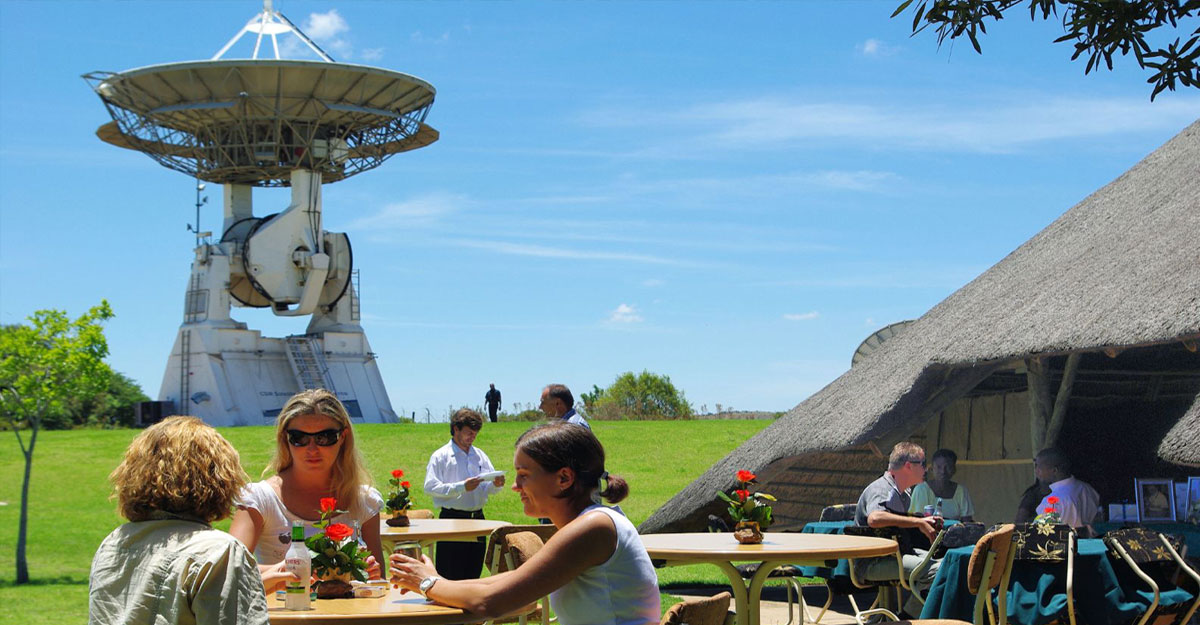 The 12-metre antenna at Hartebeesthoek “works like a Rolls-Royce” since it was installed in 1957. Source: CSIR SAC.

Both Sekwakwa and Mokgadi began their careers in space operations tracking satellites at the CSIR’s Satellite Applications Centre (SAC) in the late 1990s. They were responsible for tracking, collecting and archiving data from satellites for clients such as the French space agency (Centre National D’Etudes Spatiales (CNES)).

When the SAC’s 50-year journey ended in 2010, the two technicians found their new home at SANSA.

“When I started as an intern in 1998, they trained us for 6 months on software and hardware provided by CNES,” says Mokgadi. CNES at the time had signed an important contract with the CSIR, which saw technicians like Mokgadi in control of the 12-metre high-performance parabolic antenna, which had been “working like Rolls Royce at Hartebeesthoek since 1957,” says Mokgadi.

Mokgadi made use of a manual console from which he would control the angle of the antenna and wait for the satellite to pass. “So, if you miss the satellite, you would have to rush the console forward to where the satellite will be. We had to be very vigilant; we were on our toes at all times. If you slip for a second, you miss data, and that was uncalled for at SAC,” says Mokgadi.

This level of vigilance meant three technicians working on the same shift, each making sure a satellite is tracked correctly and that its data is acquired and archived. “You check me, I check you,” says Mokgadi.

Sekwakwa tracked a long list of satellites, including SPOT-1, SPOT-2, SPOT-3, and SPOT-5, all French earth observation satellites. At the time Sekwakwa had to record satellite data on tape recorders, and he even recalls the brand of the reel-to-reel tape recorders as “Honeywell”.

“When we were busy recording the data, it was very scary because if you lose the satellite, there is going to be a serious problem,” Sekwakwa recalls. “We recorded data on those tape recorders, but we had to make sure that those tapes were clean from dust every time.” 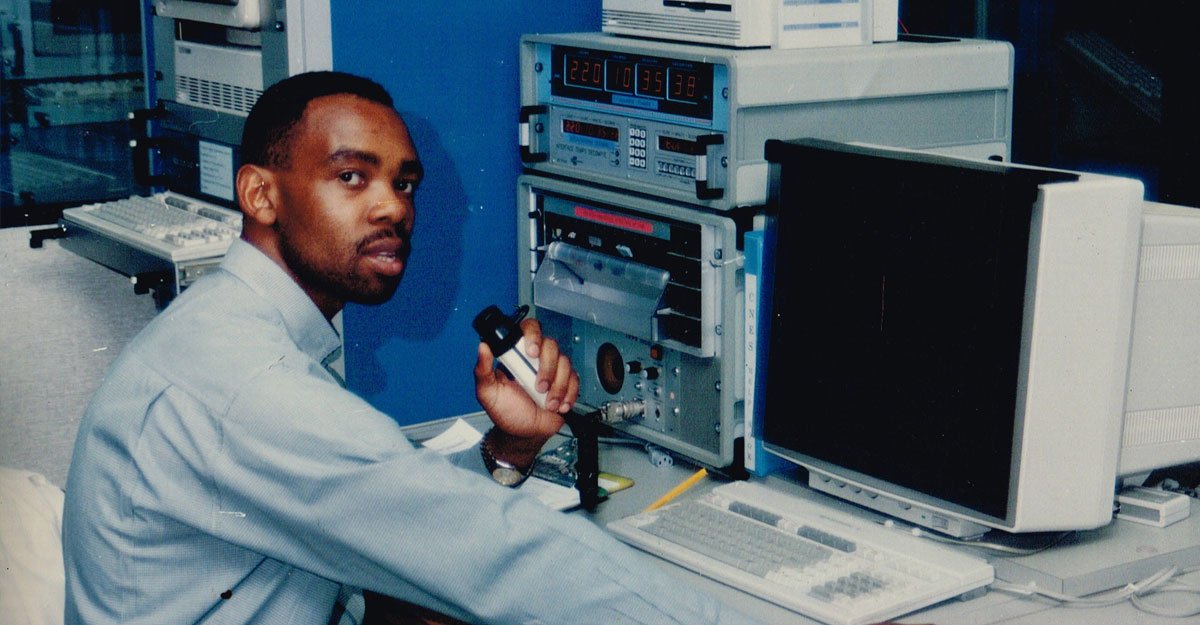 Joel Sekwakwa working at a console for the SAC in Hartebeesthoek in the late 1990s. IMAGE: SANSA. 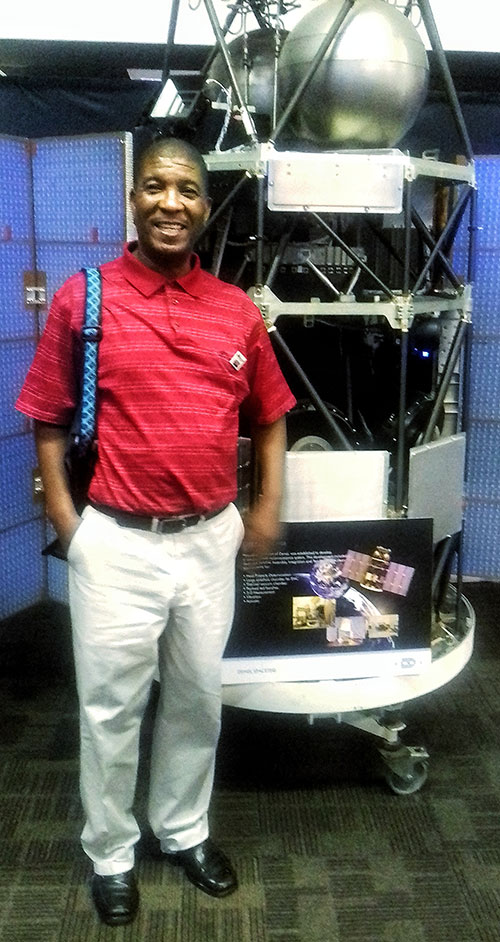 As time went on, Sekwala and Mokgadi’s manual consoles transformed into digital dashboards like datacubes. “Everything is now automated,” says Mokgadi.

“My duty these days is to process data at varying levels according to the needs of the client,” Mokgadi says. “We are currently working on a project called Digital Earth South Africa (DESA), which has taken priority over everything.”

The cloud-based system will make analysis-ready data from SANSA much easier to obtain for clients and all other users. “These days, data needs to be disseminated quickly for the client and the technology needs to be very fast,” says Sekwakwa.

DESA provides this next step in the progress of technology for providing analysis-ready data to clients, and it begins a new era for technicians like Mokgadi and Sekwakwa.