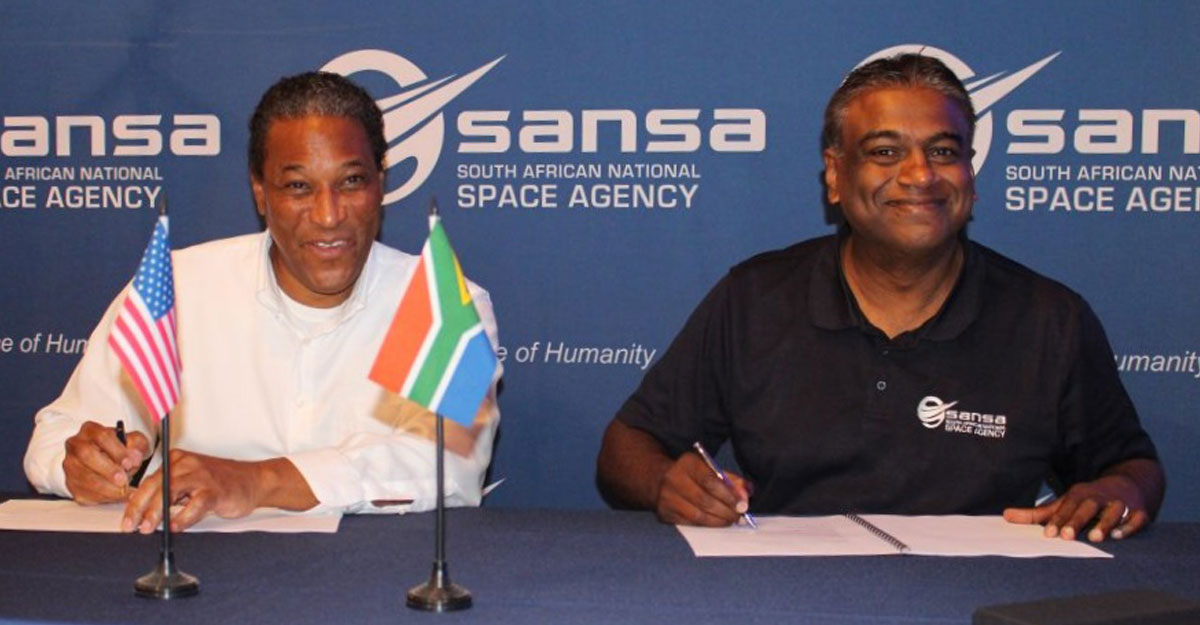 Posted at 15:04h in Uncategorized by Vaneshree Maharaj

The South African government has given the go-ahead for SANSA and NASA to look into placing a space vehicle tracking and communications ground station in Matjiesfontein, Western Cape.

NASA has important ground stations in Spain and Australia but nothing on this side of the earth, where South Africa finds itself. When NASA approached SANSA with the possibility of installing a station in South Africa, SANSA proposed Matjiesfontein as an ideal area, since it sees very little rain and cloud cover (ideal conditions for deep-space missions).

As the American government looks to return to the moon by 2024, NASA has sought SANSA’s space operations expertise to support their future deep space missions.

“SANSA and NASA have been discussing the possibility of a deep space facility for many years, going back around seven or eight years,” says SANSA’s Space Operations Project Manager, Tiaan Strydom. “About a year and six months ago, NASA announced that they want to go back to the moon, and to do that they need more assets, especially from the Southern Hemisphere.”

Having visited the site, NASA representatives were so impressed with it that they entered into a study with SANSA to gather technical and environmental information about the site’s feasibility. The two parties officially kicked off the study at an event held at the proposed Matjiesfontein site in February 2020.

“Having worked with the South African government on numerous projects in the past, it is fitting to collaborate with SANSA on this study,” said Marcus Watkins, Director of the NASA Management Office, during the event. “Depending on the outcomes of the study, long term space communications and navigation projects could be implemented soon between SANSA and NASA.”

SANSA has been in discussions with NASA representatives including technicians in weekly meetings where they address specific questions to the site.

“Personally, I believe that they are very serious, and I think that South Africa is in a very good position to provide the support needed for deep space missions,” says Strydom. “Hopefully, six to nine months from now we will announce that Matjiesfontein has been selected.”

“Having a NASA site in the country, and having students and learners passing that facility creates something for them such that they might look at science and technology as a career path,” says Strydom.

NASA is no stranger to South Africa when it comes to space operations, as South African personnel working at the Hartebeesthoek deep space tracking station in South Africa in the late 1950s helped gather data crucial for the Apollo Moon landing that would come a decade later.

“I am part of the team that manages the remaining facility, which was used by NASA in the early 1960s,” says Strydom. “For years and years we have used that facility with a focus towards the commercial market.”

Dr. Val Munsami, the Chief Executive Officer of SANSA, says, “Our strong relationships with international space agencies such as NASA enables South Africa to be well-positioned with global partners, which provides our country with opportunities to compete and participate in international space programmes. This contributes to the development of more careers in the science and technology field as well as the industry.”