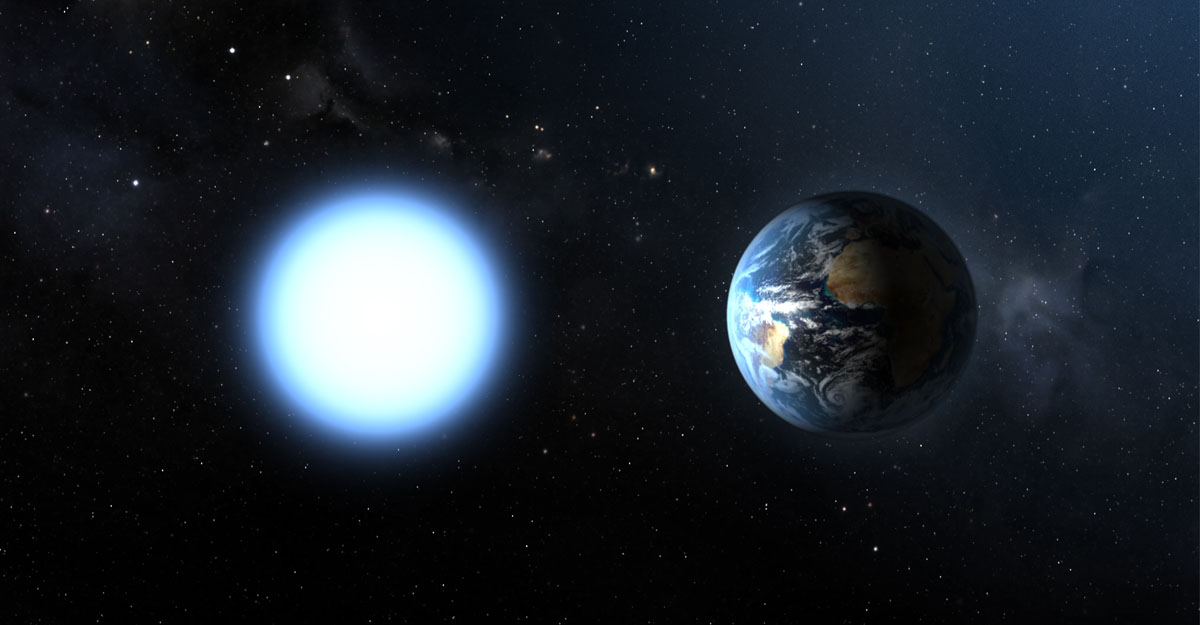 “Even before I started school, I had this fascination with mathematics, and building blocks. I could sit for hours arranging blocks on a table forming abstract shapes and patterns.”

Since then, Dr Shimul Maharaj, a research physicist at SANSA, has taken his fascination for science and mathematics beyond the stratosphere, to deep within the magnetosphere, where the earth’s magnetic field is a natural shield against the sun’s charged radiation. He studies the plasma in the magnetosphere, and the waves that propagate in it.

“A plasma is an ionised gas with equal number of positive and negative charges, which occur mainly in space environments because you need a lot of energy to create it.”

Maharaj loved science throughout his schooling years, happily settling on physical science and mathematics as part of his chosen high school subjects. But his school didn’t have adequately equipped laboratory facilities, and he felt this disadvantage once he entered university lecture halls. 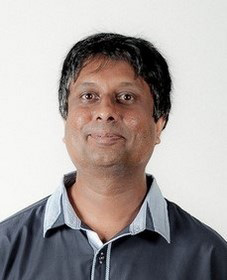 “I must admit, I’m not really an experimental person, although I had always pictured myself, from a young age, as a lab scientist wearing a white lab coat,” he recalls.

After his BSc Honours studies at the University of KwaZulu-Natal, he discovered the field of plasma physics through a university professor who had lent him a set of notes over a weekend. “I was so impressed by it that I thought, this is what I want to do!”

He began working as a research assistant at the Hermanus Magnetic Observatory in 2003, obtained his PhD in theoretical plasma physics in 2006, and still studies waves in plasmas at SANSA today.

Space might look empty, says Maharaj, but it is full of gas that comes from the sun, which is the source of solar wind. The solar wind fills the space surrounding the earth with charged particles. He explains that the earth has a magnetic field around it, which protects the earth from the sun’s plasma. Without the magnetic field, life on earth would not exist.

“The magnetic field of Earth is not symmetrical because the solar wind presses on it on one side, and stretches it out all the way on the other side,” says Maharaj. 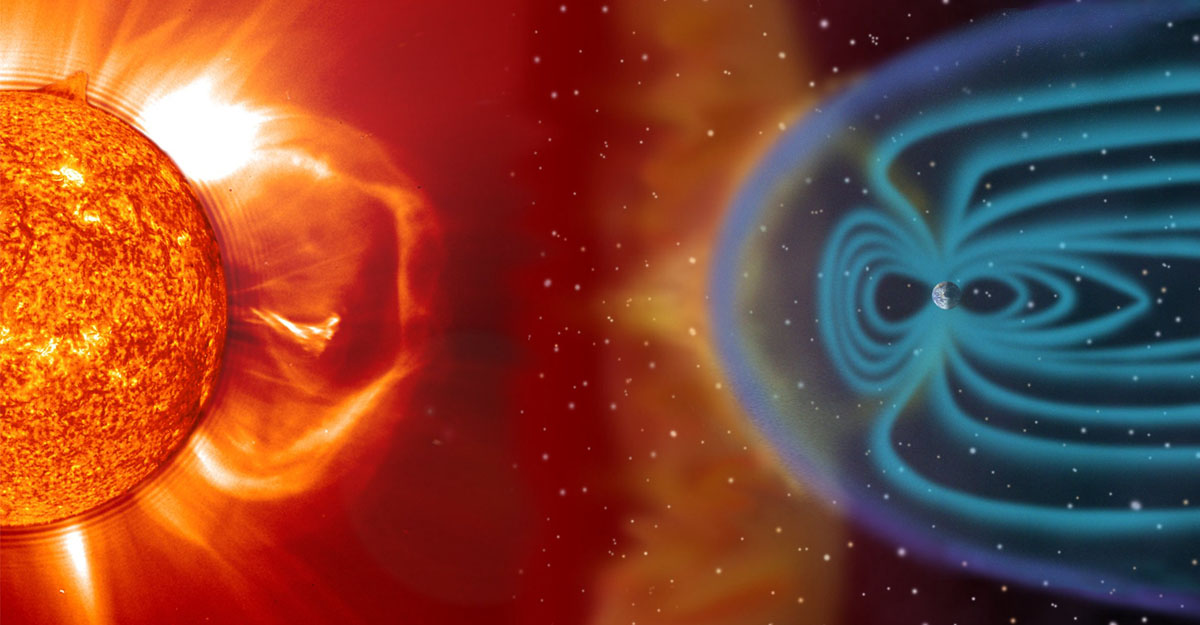 Artist’s impression of the sun-earth environment showing the sun and the magnetosphere (magnetic field region) of earth. IMAGE: Los Angeles Air Force Base.

The plasma resides in different regions of the magnetosphere, and researchers have found that waves propagate through this plasma. Maharaj describes these waves as being similar to sound waves, but that they propagate through a charged medium, as opposed to normal sound waves that travel through neutral gases like the air we breathe.

The observations by satellites of propagating, bell-shaped solitary waves, called solitons, is a relatively recent addition to the science of the magnetosphere, which Maharaj sees as an important opportunity to better understand space weather.

“It is important to tie up theory with what is being observed in space,” he says. “Theory alone will not help us understand what is happening out there, and observation alone is not sufficient to really understand it all either.”

Maharaj sees this theoretical approach to understanding solitons in the magnetosphere as an invaluable opportunity to train students in theoretical physics. “If you do mathematical research like this, it would give you a solid foundation for teaching at tertiary level, and a strong and solid grounding to tackle theoretical topics such as this one,” he says.

A white dwarf is very dense because it has the mass of the sun and the volume of earth. IMAGE: European Space Agency (ESA).

Maharaj has research ambitions that go beyond earth to so-called “dusty plasmas”, which occur, for example, in Saturn’s rings. Even further beyond that, Maharaj would like to apply his theory to quantum plasmas, which make up the matter of neutron stars and white dwarfs. These plasmas are significantly more dense and very much cooler than magnetospheric plasmas.

Regarding his current work on solitons, Maharaj hopes to collaborate with an observational researcher to support his theoretical work, and continue publishing his work in high-impact-factor journals. With this, his research will contribute to a much better understanding of the dynamic processes that occur in the sun-earth environment and the final evolutionary stages of stars.