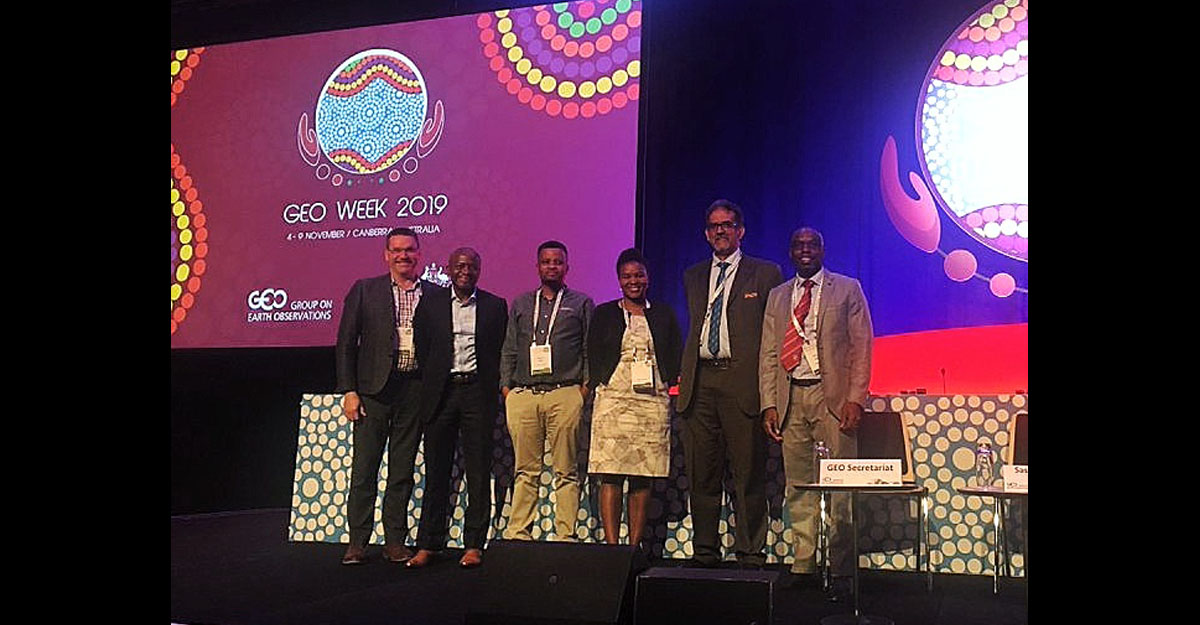 SANSA joined global talks with governments and industries that focussed, for the first time, on the ubiquitous availability of Earth Observation (EO) data.

It was South Africa’s turn to chair the meeting. “This is an annual plenary where the member countries get together and set the programme of work for the following year, or adopt a three-year work programme,” Saloojee explains.

GEO Week 2019 discussed the development of data cubes such as the all-important Digital Earth Africa platform. This forms part of GEO’s efforts to develop infrastructure to make access to EO data from sets of satellites, such as Sentinel and LandSAT, available in analysis-ready data format. Saloojee says Amazon Web Services (AWS) has already made four petabytes of data available through their facility in Cape Town.

The Canberra meeting also considered the addition of commercial partners to join the intergovernmental partners that make up the GEO collective, which was originally established as a way for national governments to collaborate on EO efforts.

“It is one of the few areas in the world today where there are such high levels of collaboration and goodwill to collaborate,” says Saloojee. South Africa contributes to the intergovernmental collaboration process of GEO through the DSI, and SANSA provides the technical support DSI needs.

“South Africa is more than just a member country, since the DSI has been at the very beginnings of GEO,” says Saloojee. “We helped set it up; we were part of the teams that wrote the original founding documents, and SANSA has also provided personnel to staff the secretariat at GEO.”

South Africa is one of four co-chairs, along with the United States of America, the European Commission, and China. “Not only are we participating in this activity, but through our leadership we are driving where the global activity is going,” says Saloojee.