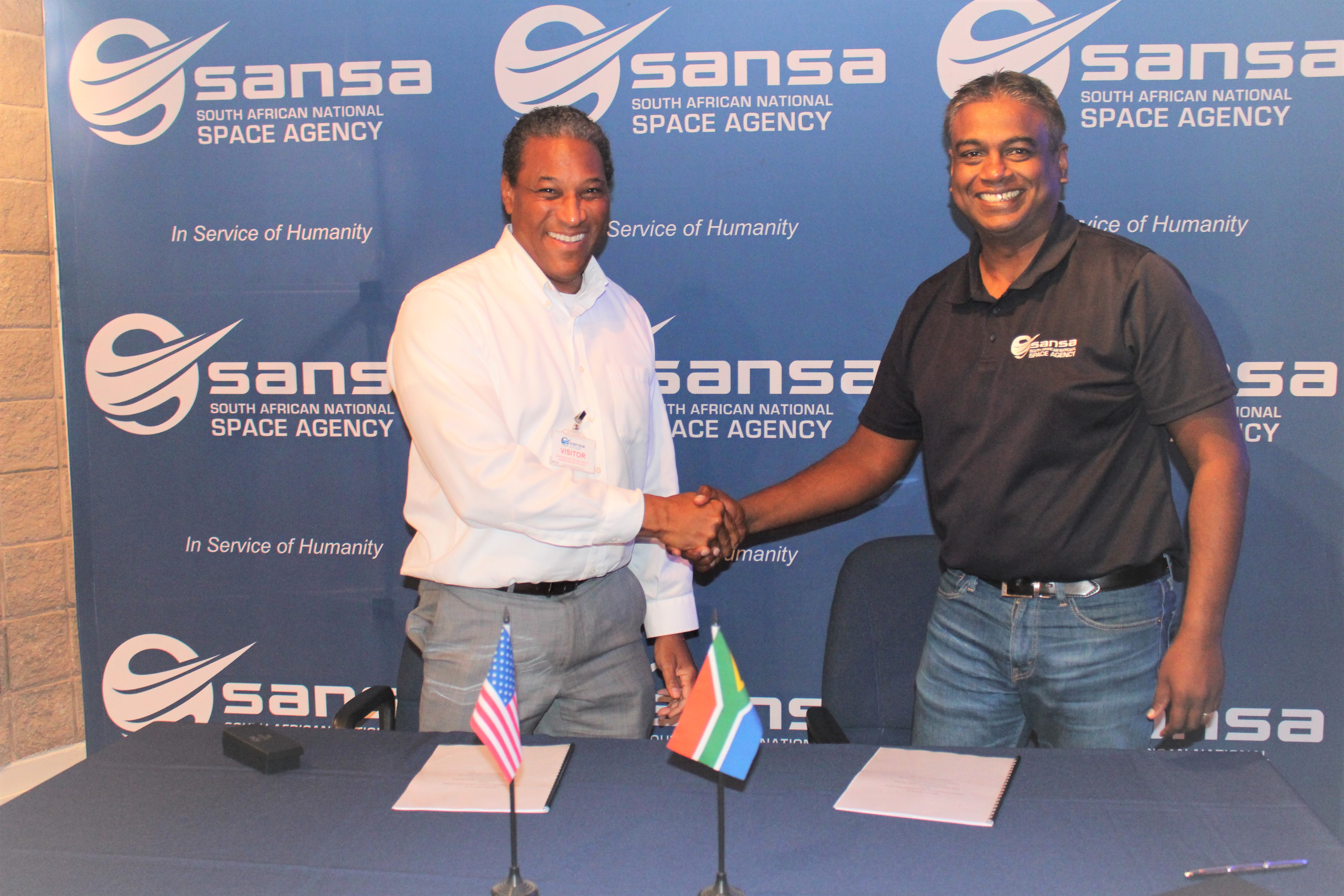 Posted at 13:15h in News, Press Release by Dikeledi Mogorosi 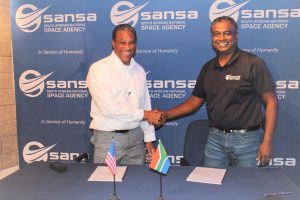 The South African National Space Agency (SANSA) and The National Aeronautics and Space Administration (NASA) recently signed an agreement to partner in a study activity that will be implemented shortly.

The study agreement will see NASA and SANSA collaborate in conducting technical and environmental research on the potential to establish a ground station in South Africa that will support future near-Earth and deep space exploration, including NASA’s planned Artemis mission to send the first woman and the next man to the surface of the Moon, as directed by the President of the United States.

Addressing the audience, Marcus Watkins, Director of the NASA Management Office, said, “Having worked with the South African government on numerous projects in the past, it is fitting to collaborate with SANSA on this study agreement, not only because of the geographical positioning of South Africa but more so the technical capabilities and the consistent quality of work produced by SANSA Space Operations over the years.”

“This agreement will also provide educational opportunities for universities and their students, especially for those interested in space communications and navigation. Depending on the outcomes of the study agreement, long term projects could be implemented soon between SANSA and NASA,” concluded Watkins.

According to Dr. Valanathan Munsami the Chief Executive Officer of the SANSA, “Continuous research and development are vital in any industry for it to thrive and at the rate and pace the space industry is developing, it’s appropriate for SANSA to partner with NASA on this study agreement.” 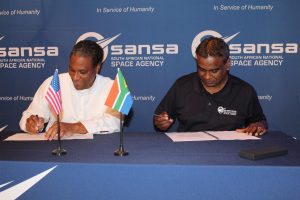 The South African government is equally excited about this agreement, as it will provide many opportunities for those in the space industry, be it people focused on academia or providing technical and engineering skills, it has potential to contribute to the improvement of our science, technology, engineering, and mathematics (STEM) industries. Similarly to how South Africa supported NASA’s earliest space probes, leading up to the first moon landing, we are hopeful that our country will be part of future explorations and discoveries,” said Munsami.

“To do anything important it will take all of us and we welcome South Africa’s participation and contribution. Space is for everyone and we need to work together to solve future issues,” said Gregory Mann, an International Program Specialist at NASA.

In closing off the signing ceremony between SANSA and NASA, Mann quoted the famous African proverb which says,” If you want to go quickly, go alone. If you want to go far, go together.” A fitting and appropriate quote in starting a project that could see humankind take space exploration to the next level.