Posted at 15:14h in News, Uncategorized by Vaneshree Maharaj

South Africa’s space sector remains fertile ground for growth, both economically and technologically, despite the country’s current economic slump. This was a key take home message from the second annual Space for National Development conference (SND 2019), hosted by SANSA from 12 to 14 November, 2019, in Pretoria. 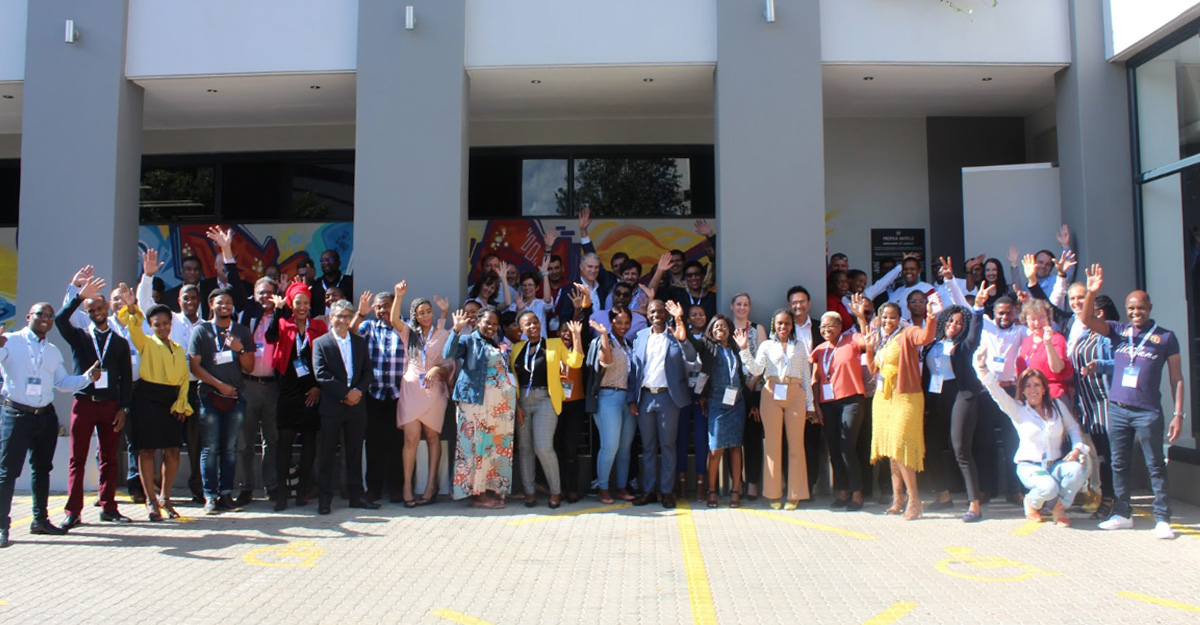 SANSA sees the Space for National Development (SND) conference as an opportunity to learn from attendees about what the space sector needs.

“If you are in a sailboat race and the wind dies down, it does not mean that the race is over. What you do at the point when the wind is dead determines whether you win or lose the race,” said SANSA CEO Valanathan Munsami, to inspire delegates at the start of the conference.

The context of his remarks is that many government entities, SANSA included, are struggling to secure funding in the current economic climate. But planning is key, he said. “The one that sits back and says that there is nothing we can do, fails in the end. But the ones that clean up the boat and stand ready for when the wind picks up, those are the ones that actually win the race at the end of the day.”

He said countries that continue to invest in infrastructure during a recession end up surviving. “That’s the approach we want to take as SANSA,” he said, encouraging delegates to discuss new approaches and to embrace new technologies.

Mr Mmboneni Muofhe, Deputy Director-General in Technology Innovation in the Department of Science, Technology and Innovation, said the government sees the space sector as important for South Africa’s development, especially since the launch of the SUNSAT satellite in 1999.

“There is so much to be discovered, so much to be solved to grow our economy. We have just barely scratched the surface,” he said. “We have to use space to grow the continent. We cannot continue to be the continent that grows other continents while we remain economically stunted.”

Space also informs government decisions and policies, he said. “We have to decide, on the basis of the data we collect from space, what we do as the government.”

SANSA sees the SND conference as an opportunity to learn what the space sector really needs.

Among the technical keynotes was an address by Prof. Gilberto Câmara, representing the Group on Earth Observations. He gave an impassioned presentation on the opportunities available in knowledge hubs and earth observation technologies. He discussed the Zero Download Model of data sharing for earth observation data, as well as the development of the Digital Earth Africa data storage programme.

The conference also hosted the SANSA Earth Open Innovation 2019 Challenge, which saw finalists pitching their ideas on using earth observation data from SANSA to innovate in the mining sector.