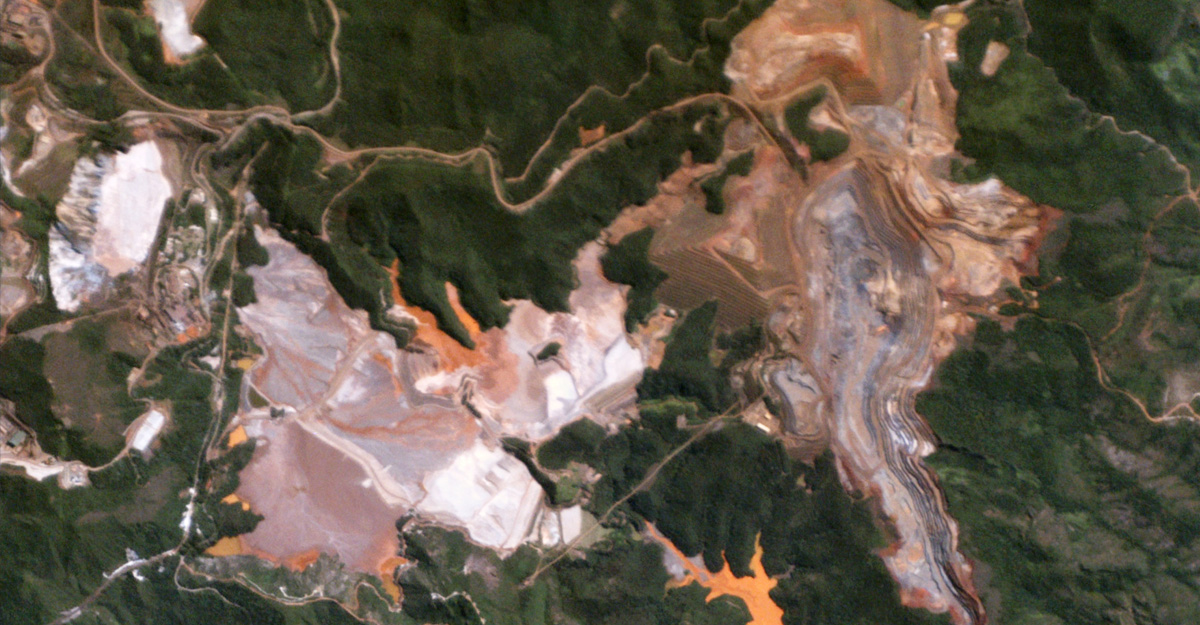 Gabrielle Denner of the Council for Geoscience won first place, taking home a R100 000 grant and access to Digital Globe’s Earth Watch system. Denner had impressed the judges with her pitch on using earth observation data to map illegal mining activities that endanger nearby communities.

The theme for this year’s innovation challenge, held during the 2019 SND Conference  in Pretoria, was “supporting mining innovation using Earth observation data.”

Dr Neil Pendock of Dumpsat received the runner up prize of $1 000 worth of optical satellite data for his idea: using satellite data to predict the collapse of mine tailings storage facilities days in advance.

One of the judges, Alex Fortesque of Digital Globe, said he was inspired by the work ethic of all the finalists. “All the groups we saw here, despite the pitfalls and challenges along the way, showed that maintaining that persistence and long term effort is critical to being a successful entrepreneur, even when things are not great.”

Two other pitchers stood out for Fortesque and the other judges: Craig Mahlasi of Aurora Geo, who suggested using optical satellite data in addition to radar data as a security service for mining companies; and Mosima Matlhwana of Intergra8ion Technologies, who impressed the judges with her consistent business etiquette over the years.

“We think that there is some work to be done, and to enable some of our young entrepreneurs on this journey, we want to provide $1 000 worth of optical archive data, as well as incubation support, seed investment and some business modelling support from Unicorn to both Aurora Geo and Intergra8ion Technologies,” said Fortesque.

SANSA Earth Observation’s Stakeholder and Business Development Manager, Imraan Saloojee, helped establish the innovation challenge and sees it as an opportunity to find entrepreneurs that can liberate and use satellite data.

He believes that it is not only government institutions who can make the best use of this data, and so wants to stimulate the innovation chain. “We need to make sure that the data is available and usable to not only the earth observation community, but to a broader community – particularly industry, which can take the data and turn it into useful products and services that provide information for decision makers,” said Saloojee.

At the close of the pitching challenge Fortesque encouraged all the finalists to persevere: “If this is a low point for you, it means that there will be a high point in the future and you should continue to work towards that.”

The 4th SANSA Earth Observation Open Innovation Challenge was supported by the Minerals Council South Africa, Digital Globe (a MAXAR company), Unicorn Group, and the Research Institute for Innovation and Sustainability. The challenge took place during the second annual Space for National Development conference (SND 2019), hosted by SANSA  from 12 to 14 November, 2019, in Pretoria.

“The SANSA Earth Observation Open Innovation Challenge is a long-standing competition that has achieved amazing outcomes in driving entrepreneurship in the South African down-stream space sector. In the four years it has run, it has touched the lives of over 100 entrepreneurs, provided connections and business opportunities, and built momentum for a dynamic tech startup ecosystem across the region, says Davis Cook, representing one of the main supporters of the Challenge, the Unicorn Group.

“As Unicorn South Africa, we are excited to be part of this journey, and to be the first SA-based investor actively involved in driving the local space-tech scene. As the global space industry continues to ‘skyrocket’ in value, this programme is helping to position SANSA and South Africa as a vibrant destination for space-based technologies and businesses.”