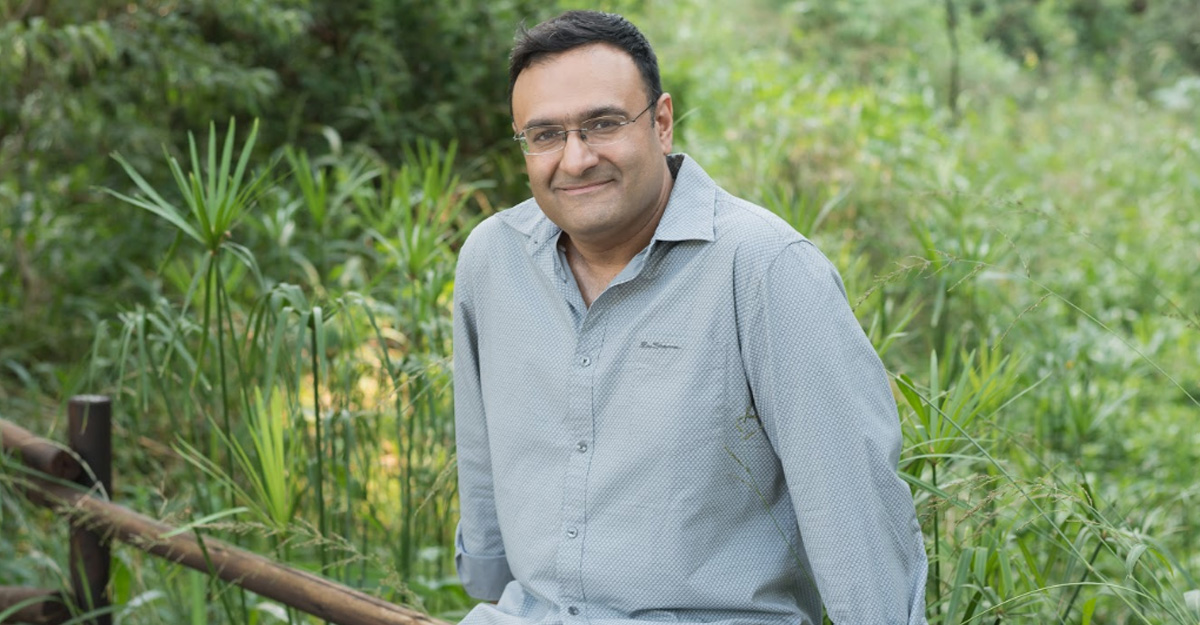 This is Amal Khatri’s philosophy: a person must first understand, “who am I?” before they can solve the world’s problems.

“It’s important that we understand our individual roles and the decisions we take for the long term sustainability of the planet,” he says. As a trained engineer and someone who practices mindful meditation, he wants to develop a new generation of STEM leaders who incorporate this sort of conscientious thinking in their innovations for the future.

“If you turn inward and you have the tools to deal with life, you deal with problems more effectively. We can’t solve the problems of the external world if we don’t reflect on our internal world. We need to merge intuition and analytical thought together.”

He says that if such thinking had been applied in the science and engineering of the past, issues like climate change might have been foreseen and prevented.

Khatri currently serves as the Executive Director of SANSA’s Space Programme. He says he’s made it this far not only through hard work and determination, but also by working smart – something we can all achieve with the right methodology.

“I attended public schools and was an average student,” he says. His life changed completely in Standard 8 (Grade 10) when he failed a mathematics exam for the first time.

“I realised I was trying to solve these mathematical problems without any structure to it, without any methodology,” he says.

After a tutor showed him the right methodologies to solve mathematics problems, he decided he would apply a methodology-driven approach to his life going forward. “I wanted to create my own future, which meant I had to work incredibly hard to get into university, and to become the first graduate in my family,” he says.

“I used to get up at three a.m. every morning to study, doing mathematics and science problems so I could master the subject.”

But at last, Eskom shined its light on Khatri. “Eskom saw an opportunity in me,” he says. He returned the favour by serving the state-owned company in various positions for over 16 years since graduating from Wits with a BSc Electrical Engineering in 1999.

By 2010 Khatri had an MEng Electrical Engineering and an MBA under the belt, and was elevated to Chief Advisor of Research and Operations at Eskom, where he fulfilled a strategic role to determine the research requirements for the entity in various disciplines.

In 2015 an opening at SANSA tickled his fancy. “I didn’t have a background in space but I was an engineer with qualifications and experience in programme management,” he says. “I went to several interviews and the previous CEO and the board were confident that I had the ability to take my knowledge and apply it in a new environment.”

Khatri has now become a very capable agent of the space engineering landscape.

“Currently, my main responsibility is to look after the satellite engineering programme,” he says. “Every satellite to be launched must go through an acquisition process, which means everything from considering the basic user needs, right up to developing the flight model for the satellite that goes into space.”