Posted at 15:47h in Newsletters by Vaneshree Maharaj

Satellite data providers often charge a premium for satellite images in high-demand, but SANSA has managed to secure a cost-effective deal for the South African government. 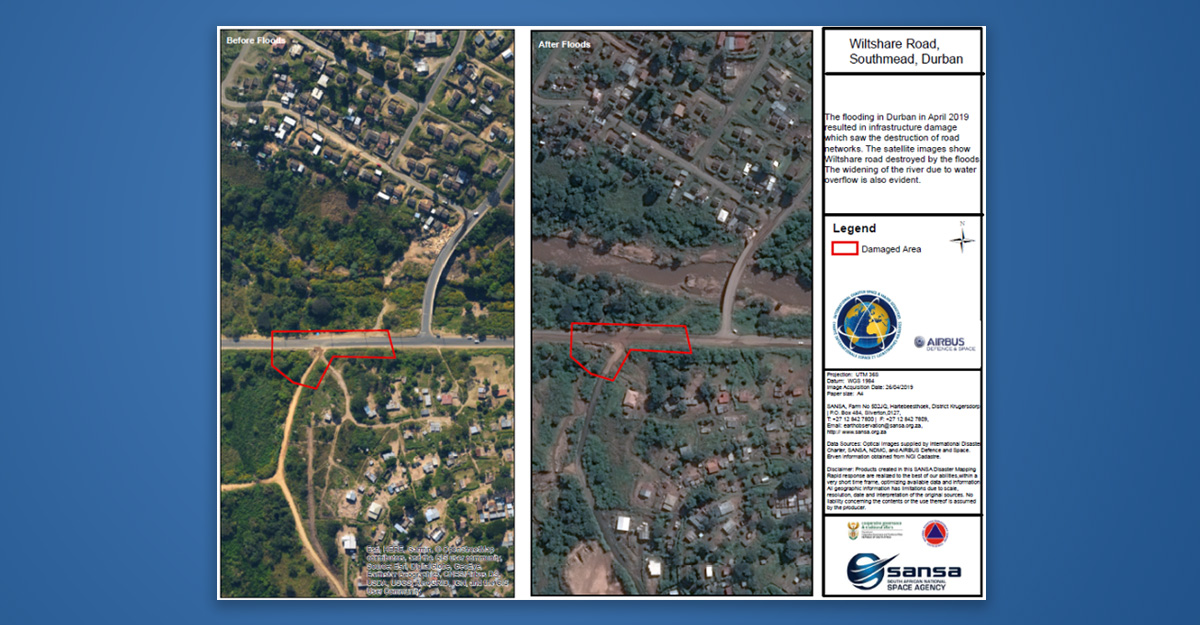 Government departments and municipalities use satellite imagery for applications such as mapping human settlements, monitoring forestry and crop cover, managing water resources, disaster management, and spatial planning for electrification and other infrastructure services.

“We are maximising the government funding allocations,” says managing director of Earth Observation at SANSA, Andiswa Mlisa. “If one government department has already spent money on imagery, there is no reason for other departments to spend the same amount of money for the same imagery.”

Back in 2006, the South African government, through the CSIR’s Satellite Applications Centre, acquired a licence to obtain satellite imagery from the SPOT satellite, owned and operated by Airbus Defense and Space Systems. The agreement allowed South Africa to buy a single licence for multiple users within the government and research community, as opposed to the existing one-licence-one-user arrangement.

Building on this licencing agreement, SANSA has now signed new deals with service providers such as Airbus and DigitalGlobe, in order to access even more data. “We asked  not just for a licence for one sensor, but for access to their whole portfolio of satellites,” explains Mlisa.

The service providers were happy to offer a deal: in combination with the government’s buying power and centralised satellite data purchases through the new deal, the unit price of the data is lowered.

Previously, individuals and state bodies would have to buy the same data multiple times and pay the same amount for it. Now government departments can approach SANSA for lower prices instead of approaching service providers directly.

Not all data users have the same requirements – for instance, government entities such as Stats SA have much bigger budgets for acquiring data compared to most local municipalities.

The new deal means a big user of satellite data like Stats SA no longer has to buy data exclusively for itself, but can contribute with other big players to buying data for the whole country, which works out cheaper for everybody.

“We are making sure that we use government funds for the benefit of all government,” says Mlisa. “Whatever we buy, everyone has access to it.”