13 Aug A day in the life of SANSA systems admins

Posted at 15:37h in Newsletters by Vaneshree Maharaj

System administrators build and maintain the software systems that SANSA’s engineers and researchers rely on to do their work. Tebogo Ramokgopa and Karabo Mithi are just two of the many systems administrators tinkering away, often in the background, to keep SANSA operations running smoothly. 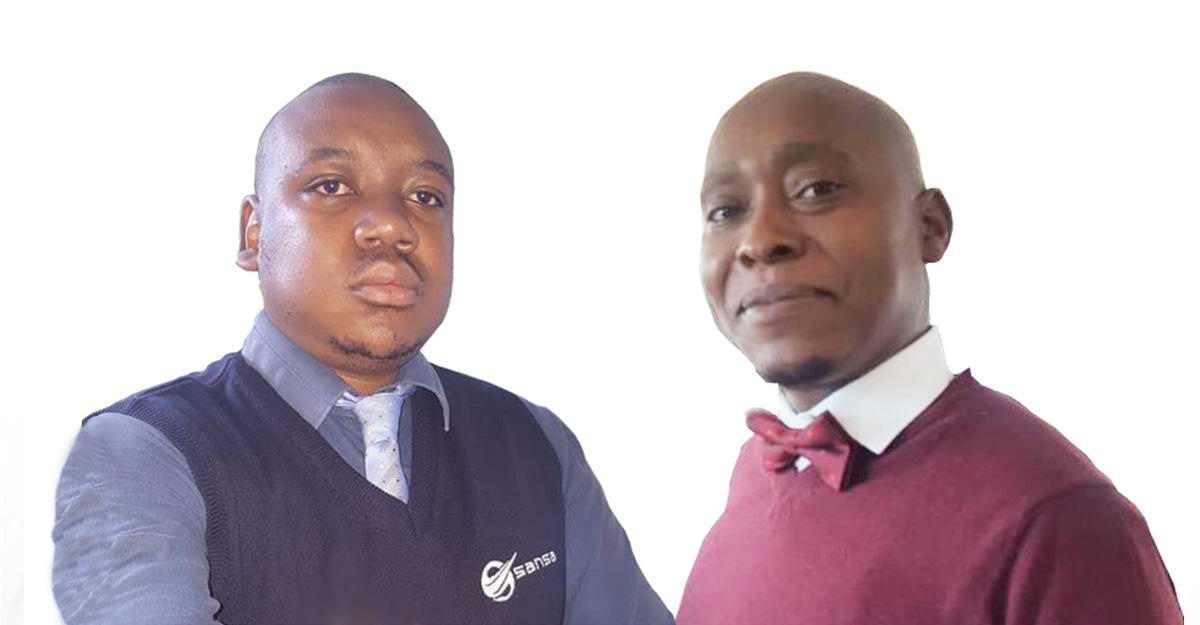 Day-to-day, Ramokgopa and Mithi build information technology (IT) solutions from the ground up – systems that scientists, engineers and other staff at SANSA rely on.

Typically, before a new system is implemented, system administrators like Ramokgopa and Mithi research how the new system can be configured into the SANSA infrastructure so that it accommodates different users.

“We are involved in the Bid Specifications Committee where we go through specifications of all the hardware that we procure, to make sure it is compatible with our current infrastructure,” says Mithi.

For Ramokgopa, SANSA has been a positive shift from the private sector: “What is different about SANSA is that you work on one platform, that being pure Linux, but on different system types,” he says. Linux is an operating system like Microsoft Windows, which allows the user to install and operate programs on a computer.

“You can work on a mainframe, standalone server, desktop, or normal laptops, but doing almost similar support for all of them,” explains Ramokgopa.

He prefers working on “command line” systems like Linux, rather than the simpler graphical interface systems. Command line systems are for advanced users able to type commands for complex tasks in a language that the computer understands.

Ramokgopa and Mithi agree that SANSA gives them the freedom to work with platforms they like, as opposed to a typical private sector company that is usually bound to one system. “Here you can explore more and you learn every day,” says Ramokgopa.

Mithi enjoys the novel work he gets to do with large amounts of scientific data. “We are exposed to what researchers are doing,” he says. “We contribute beyond IT to the scientific environment because we see exactly what data we are looking after and what it is used for.”

Working at SANSA has also taken them to other countries to learn about infrastructure and  different ways to process and handle data. “It’s great being at SANSA, where you are exposed to so much worldwide,” says Mithi.

“It is easy to see how technology here in South Africa compares with technology abroad, even within the continent; on some levels we are ahead and on others we are far behind,” says Ramokgopa. “But getting to know the gaps means we can bridge them.”