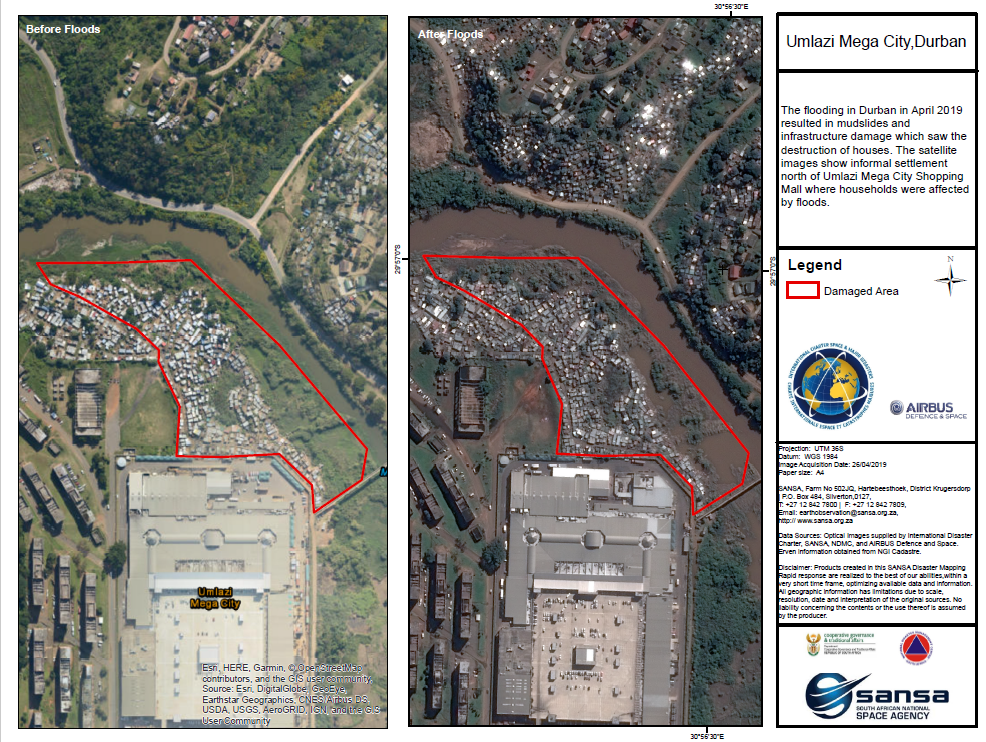 Posted at 11:22h in Earth Observation, News by Vaneshree Maharaj 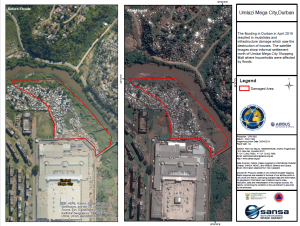 Satellite image indicates the extent of damage in Durban from recent floods.

In April 2019, The Durban region of South Africa received heavy rainfall which resulted in the flooding of various part of the eThekwini Metropolitan Municipality. The flooding caused mudslides, destroying road infrastructure and housing. This affected over a thousand people with in excess of 70 people reported dead, while others were reported missing.

Preliminary findings by eThekwini municipality estimate that the financial loss as a result of the flood damage is over R650 million. The South African National Space Agency, National Disaster Management Center of South Africa (NDMC) and the International Charter Space and Major Disasters collaborated in tracking the flooding then mapping and assessing the flood damage through various satellite imagery. This was enabled through the use of Synthetic Aperture Radar data obtained from MDA’s RADARSAT 2 and optical data obtained from USGS, DigitalGlobe’s GeoEye and Worldview-2, Airbus Defense and Space’s Pleiades 1B platforms and ROSCOSMOS KANOPUS satellite.

The maps above and below represents graphically the extent of the flooding, thus enabling assessments for disaster recovery to proceed. 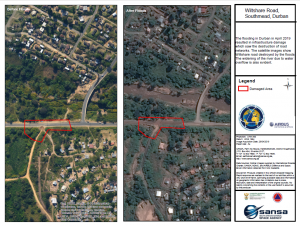