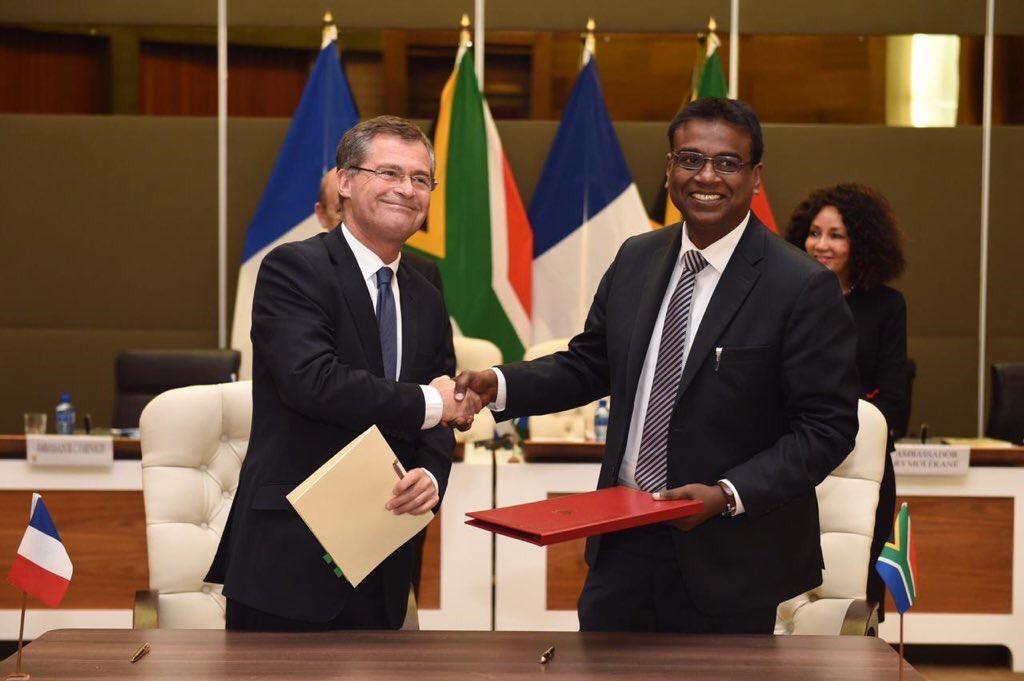 01 Mar SANSA and CNES Sign a Memorandum of Understanding (MoU)

Posted at 11:24h in News, Press Release by Vaneshree Maharaj 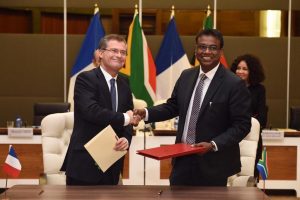 Building on CNES’s longstanding presence in South Africa, with a French ground station based at SANSA Space Operations in Hartebeesthoek, (HBK) this founding agreement lays the basis for future joint space projects between the two countries. Targeted areas of cooperation include space operations, space science, Earth observation, telecommunications, applications, and research and technology. The two agencies will also coordinate on international regulatory matters. Initial discussions centred around the Space Climate Observatory (SCO), the International Charter on Space and Major Disasters, and the training of engineers.

This agreement affirms South Africa as one of CNES’s key partners on the African continent. Dr Valanathan Munsami stated that, “SANSA and CNES have enjoyed a fruitful relationship for almost 40 years and this MoU cements the partnership with the intent of making greater strides in space investment both locally and abroad.’

South Africa is fostering the development of its space sector and has already launched three micro- and nanosatellites. The production of a second constellation following the successful launch of ZACube-2 is firmly underway.  This success is in part cemented through the French South African Institute of Technology (F’SATI) programme where the Cape Peninsula University of Technology (CPUT) was commissioned to produce South Africa’s first ever CubeSat. The F’SATI programme has been instrumental as a training platform for postgraduate students who studied at CPUT and institutions based in France.

Following the signature, Jean-Pascal Le Franc said: “CNES is proud and honoured that SANSA is partnering with it in this wide-ranging cooperation, which builds on the already numerous and longstanding links between our two agencies, not least for space operations. SANSA plays a vital role in the development of space activities, not only within South Africa but across the African continent. Pursuing its policy of active cooperation with the new space powers, CNES is delighted to consolidate its presence in Africa—a region of the world where the priorities of French space policy, especially tackling climate change, take on an extra dimension.”