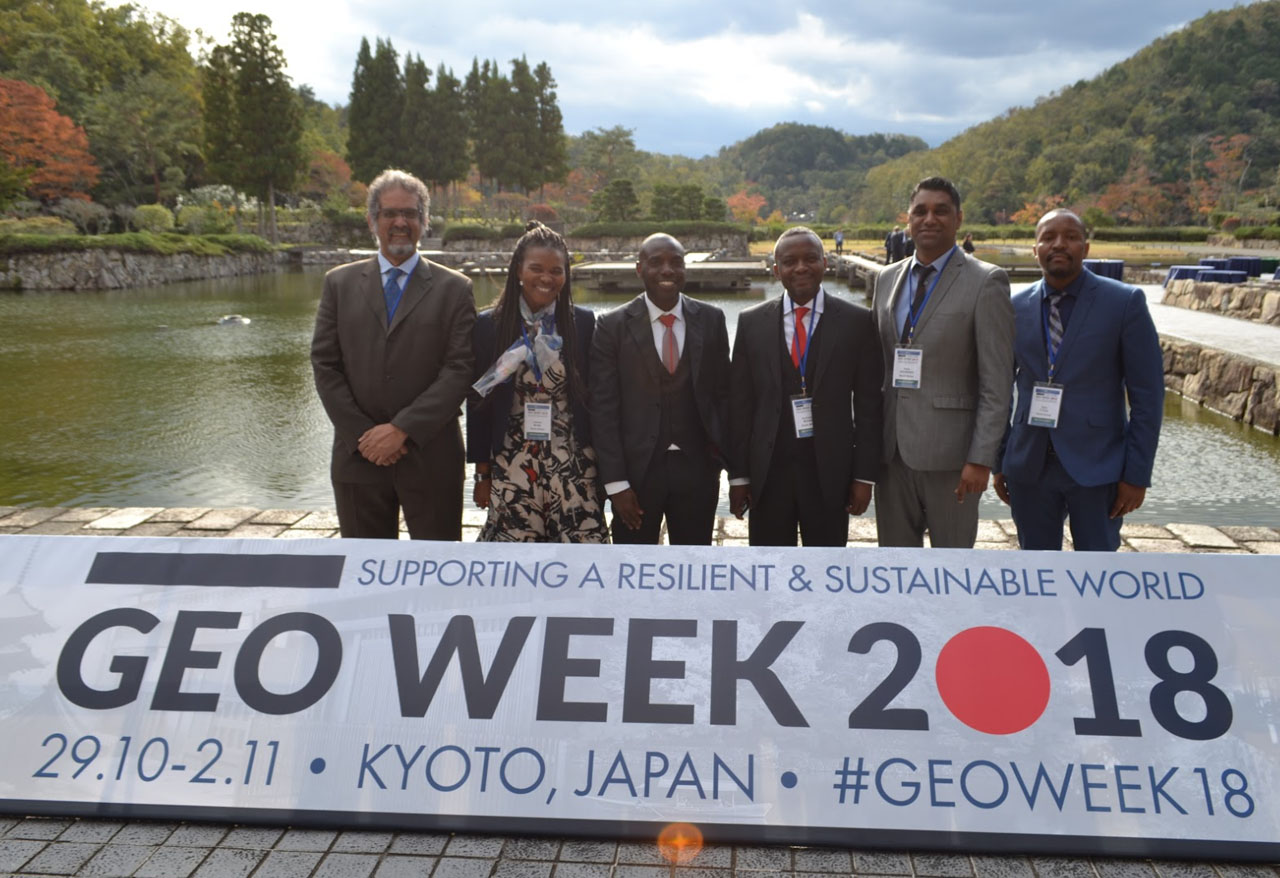 Posted at 11:54h in News, Press Release by Vaneshree Maharaj

South Africa will become Lead Co-Chair of the Group on Earth Observations (GEO) this November at GEO Week, stepping into the role held in 2018 by the United States. Mr. Mmboneni Muofhe, Deputy Director General: Technology Innovation at the Department of Science and Technology
(DST), takes the reins at the GEO-XV Plenary.

The function of the Lead Co-Chair is to preside over the GEO Plenary and Executive Committee, as well as to set priorities for the year and work closely with the GEO Secretariat to advance GEO’s mission. South Africa will lead alongside Co-Chairs from the United States, the European
Commission, and China.

South Africa played a significant role in the establishment of GEO in 2005, and is a founding member. This followed the call for the development of an integrated Earth observation system from the World Summit on Sustainable Development held in South Africa in 2002. South Africa has remained an active participant in GEO, and has supported GEO in its quest to implement the Global Earth Observation System of Systems (GEOSS).

During these years of supporting GEO, South Africa was able to establish its own national coordinating mechanism for Earth observations (SA-GEO) with 10 communities of practice under the National Earth Observation and Space Secretariat. These developments were informed by the Cabinet approval of the South African Earth Observation Strategy (SAEOS) in 2006. In 2012, South Africa conceptualised a new approach to enhance the participation of African countries in
GEO, and strengthen regional coordination through the establishment of the AfriGEOSS initiative. Furthermore, AfriGEOSS has set a precedent for GEO as other regions realise the importance of strengthening regional coordination by creating their own mechanisms such as AmeriGEOSS, Asia-Oceania GEOSS and EuroGEOSS, among others.

Mr. Muofhe has served on the South African delegation to GEO since 2005. Under his guidance, the in 2019 the GEO community will prioritize engagement with the Global South in building a results-orientated Global Earth Observation System of Systems, supporting global policy priorities through Earth observations and strengthening the sustainability of the GEO enterprise. Mr Muofhe remarked “As GEO moves towards its 5th Ministerial in 2019, it is important to emphasise the
diversity and inclusivity of its vision through the active engagement of the Global South. GEO can only be effective if all regions are contributors to this vision, particularly the youth and entrepreneurs located in the Global South. We envisage a results-orientated GEOSS as an enabling platform to this end.”