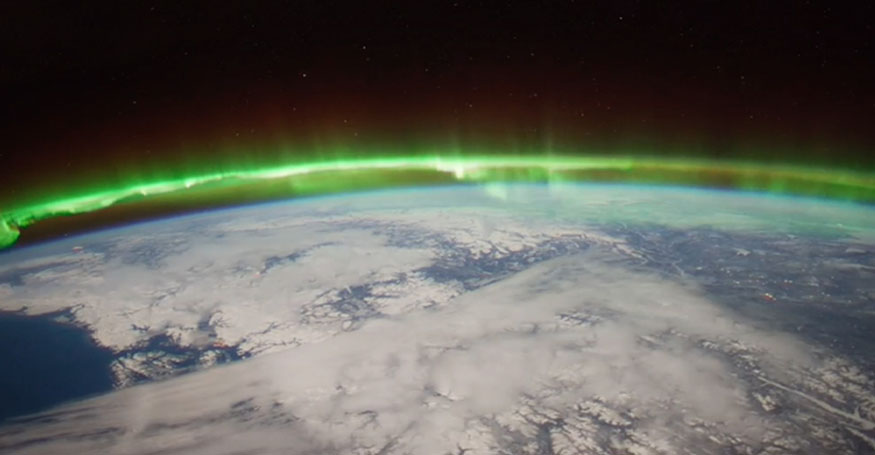 Posted at 13:30h in News, Newsletters by Vaneshree Maharaj

Ever wonder what the weather will be like tomorrow? Of course you do! You want to know what to wear and whether you should dust off your old umbrella in case it rains. This is the weather that occurs in the atmosphere that you can see, but what about the upper atmosphere you can’t see, the ionosphere?

Through the EU’s Horizon 2020 funding programme, SANSA is contributing to an international consortium called TechTIDE which is creating a weather forecasting service for weather events in the ionosphere. Source: NASA JPL.

Made up of charged particles, the Earth’s outermost layer is a hive of activity at the very edge of space. One type of activity is known as travelling ionospheric disturbances (TIDs), which can interfere with navigation satellites in space, and high-frequency instruments on the ground.

The South African National Space Agency (SANSA) is part of a consortium of 10 institutions funded by the EU’s  Horizon 2020 research programme. Called TechTIDE, the consortium wants to understand TIDs and work out ways to forecast how they will behave in the Earth’s ionosphere, just like meteorologists can forecast a thunderstorm.

Dr Zama Katamzi-Joseph is part of the SANSA team (which also includes Dr John Bosco Habarulema and Dr Lee-Anne McKinnell); she says SANSA was invited to join the international project, which started in November 2017, to help develop an early warning system for TIDs.

“We were invited because we are doing some work in understanding TIDs, studying their characteristics and what triggers them,” she says. “SANSA also has ground-based infrastructure to support the project, and we will be providing the data needed to study TIDs and in creating the forecasting system.”

“We will be using our networks of ionosondes, global navigation satellite system receivers, and ground-based high-frequency Doppler radar.”

In June 2018, the TechTIDE Newsletter reported that they had gathered a catalogue of TID events using observation data recorded from both the European and South African networks of ground-based instruments. The recent observations were generated by events from below the ionosphere and beyond it, including auroral activity, geomagnetic storms, solar radiation, and rapid changes in the Earth’s lower atmosphere.

“We want to develop methods to identify and track TIDs over wide regions and develop a  system that will issue warnings when TIDs occur, estimate where they are going and identify how fast they are travelling,” Katamzi-Joseph explains.

The TechTIDE team are developing early-warning systems that will work in both South Africa and Europe. As they develop the system, the researchers will work with users to make it more efficient, reliable and user-friendly.

“It is a huge international project and this is my first participation in a Horizon 2020 project, so I am excited to be part of the team. As far as I know, this is the first project aiming to create an application that will track and give information in real time about TIDs.”

“We are at the forefront in this field.”