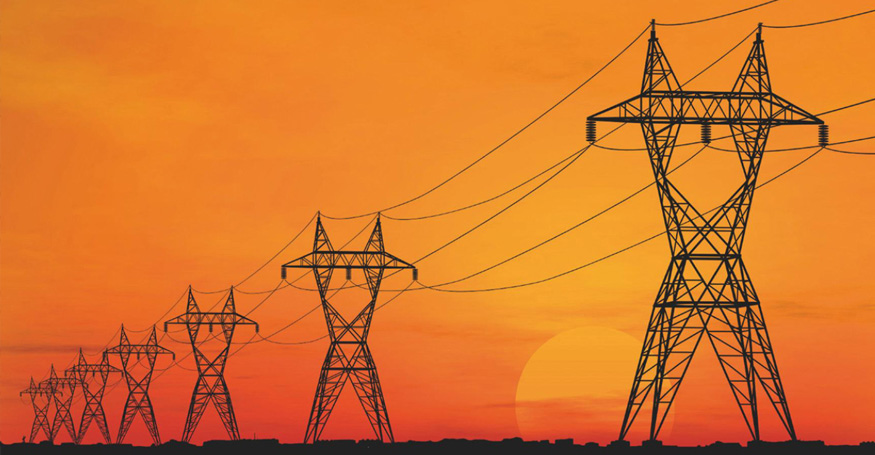 Posted at 13:23h in News, Newsletters by Vaneshree Maharaj

It was a not-so-dark but very stormy Halloween when a geomagnetic storm damaged the South African power grid on October 29 in 2003, causing significant damage to transformers. While the storm did not catch scientists and engineers by surprise as they had been paying attention to our temperamental star, the damage it caused did.

Dr Pierre Cilliers of SANSA’s Science Research and Applications division, recently co-authored a book chapter with Dr David Oyedekun of the Department of Electrical Engineering at University of Cape Town. In the book chapter they write about how geomagnetically induced currents threaten power grids across the world, including in South Africa.

Years of research by scientists such as Prof Trevor Gaunt of the University of Cape Town have insured that South Africa will be ready next time, but there is still much to be learnt. Cilliers and his co-author have taken the many lessons learnt from this treasure trove of South African research to pen a chapter in a book titled Classical and Recent Aspects of Power System Optimization.

Such information about GICs and how they affect power grids would be useful for power utilities all over the world, and especially for South Africa’s struggling power utility, Eskom.

Cilliers worked with lead author, Dr Oyedekun, who completed a post-doctoral programme at SANSA in 2014 and did much of the groundwork for the chapter.

“He actually approached me to contribute to this chapter, the part that deals with the space weather environment; his contribution to the chapter was the actual calculation of geomagnetically induced currents,” says Cilliers.

He explains that GICs are secondary currents in power system grids, induced by fluctuating magnetic fields in the Earth’s upper atmosphere as it reacts to turbulent space weather from the Sun. “The transmission lines act as antennae for these low-frequency magnetic field fluctuations, resulting in an additional current induced in these power lines over and above the 50 Hz currents already there.”

While the GICs do not cause damage to the transmission lines themselves, they can damage transformers through thermal damage that causes them to age rapidly, but not fail immediately. “It is like a person who spends a lot of time in the Sun; your skin does not get immediately destroyed but it ages rapidly,” Cilliers explains.

Transformers can also be damaged to the extent that power operators would be forced to switch off the system, which while necessary, can have negative effects on the economy and the lives of South Africans in general. Cilliers and Oyedekun outline some ways that power operators all over the world can mitigate these issues.

The first is realising that mid-latitude countries such as South Africa, Australia, China, and others are threatened to the point of severe power grid disruption. This was thought  not to be the case before the 2003 Halloween storm that hit South Africa and other countries far away from the earth’s poles, where the impact of GICs on power networks have been known since the first major storm of the modern era caused a nine-hour blackout in Quebec, Canada in 1989 as a result of GICs.

Calculating the current risk to South Africa’s power system posed by GICs remains tricky, even though the country is much more prepared thanks to improved research into the topic. “That is the million-dollar question that Eskom would like us to answer very specifically and with proven numbers. It is not an easy thing to do.” An additional step in mitigating the threat GICs pose, is the continuous monitoring of the Sun’s activity provided by SANSA’s Space Weather Centre, which can warn operators of the likelihood of damage to power systems. Eskom has also listened to the growing need to protect the power grid from GICs and has taken steps, gathering a group of expert engineers, called the Solar Storm Resilience Project Team, to help monitor and mitigate GIC damage. 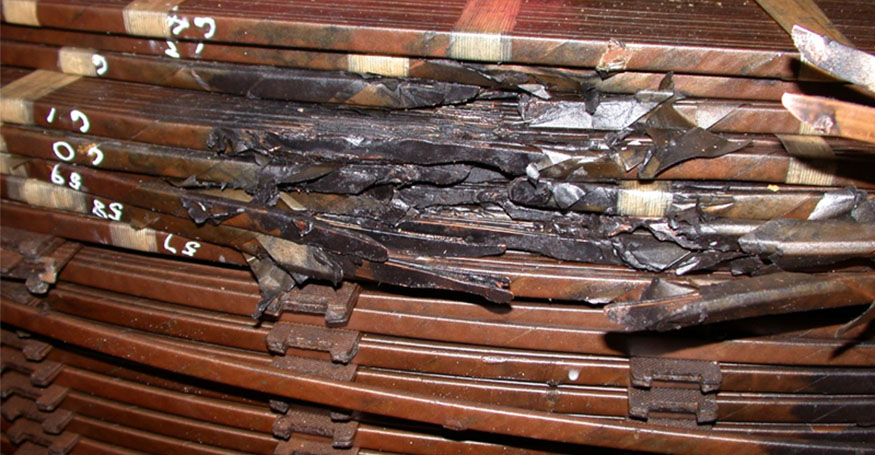 GICs during the solar storm of Halloween 2003 damaged the high voltage winding of this transformer at a large Eskom power station, leading within a few weeks to a melted copper conductor and burned insulation, taking the transformer and associated 665 MW generator out of service. Credit: Trevor Gaunt, UCT.