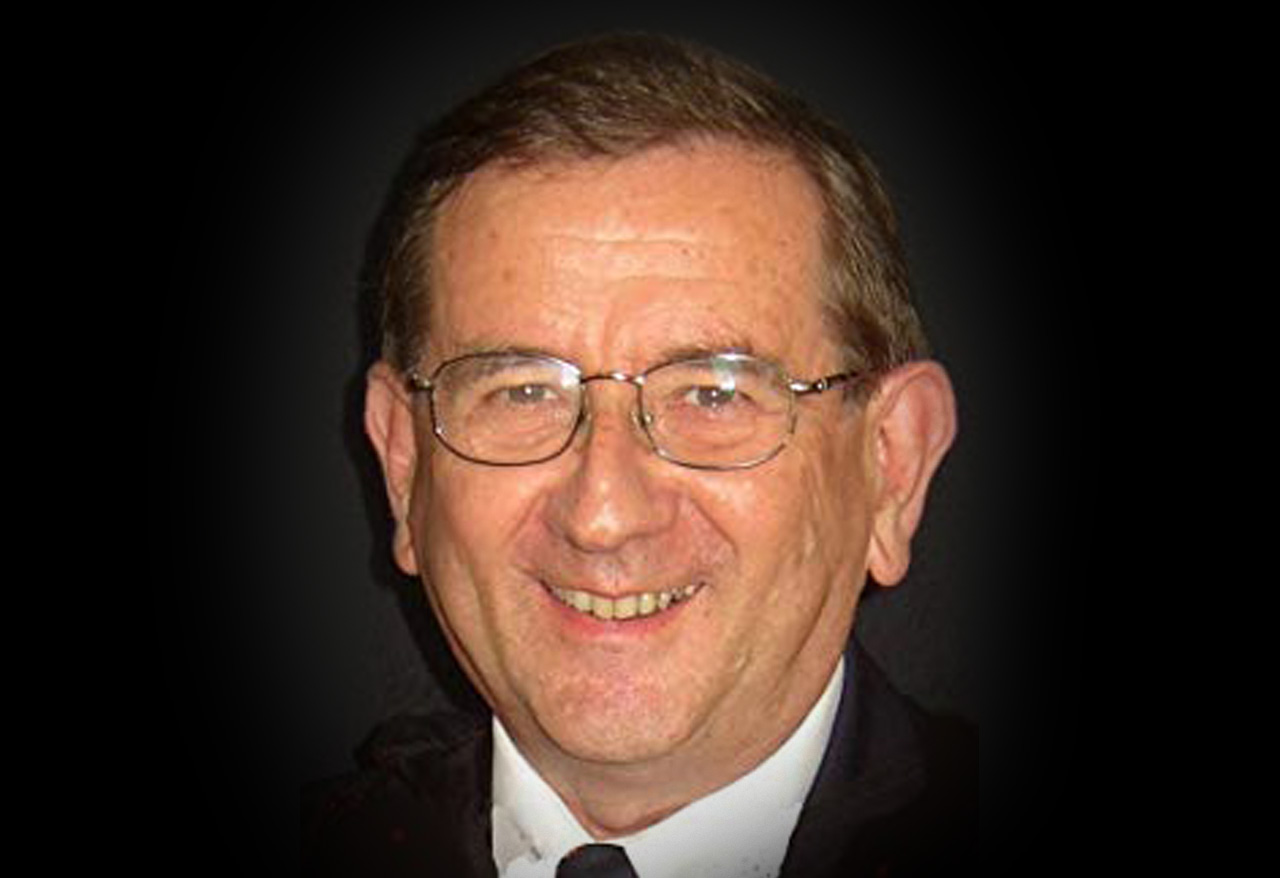 Posted at 13:01h in News by Vaneshree Maharaj 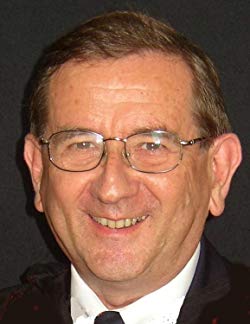 The South African National Space Agency (SANSA) pays tribute to Professor ADM (David) Walker who sadly passed away on 17 September 2018. Prof Walker was recognized internationally as a world leading space physicist, and the South African Space Science community is in mourning over the loss of an exceptional scientist and advocate for national space science.

Prof Walker was Professor of Theoretical Physics in the University of Natal, Durban from 1972 (and Senior Professor from 1989) until he retired in 2002. After retirement, he continued as an active researcher until the end, as Emeritus Professor and Senior Research Associate of the University.

After graduating with a BSc (Hons) at Rhodes University in 1959, Walker lectured while completing his MSc in 1962. He was then awarded the Shell International Postgraduate Scholarship to St. John’s College, Cambridge, enabling him to do research at the Cavendish Laboratory, which led to a PhD in 1966. After his return to Rhodes he was promoted to Senior Lecturer, before he moved to Durban.

Much of his research centred on ultra low frequency waves in the electrically charged particle environment (plasma) of the magnetosphere, the part of space that is affected by the earth’s magnetic field. In addition to carrying out sophisticated theoretical (mathematical/computational) modelling, he also participated in the analysis and interpretation of both ground-based and satellite observations of the plasma behaviour. He was a co-initiator of and a Principal Investigator from 1993 to 2002 on the international SHARE (Southern Hemisphere Auroral Radar Experiment) project that involved dual radars at the South African Antarctic base, SANAE, and the British base (Halley Bay). As such he was also for many years a senior member of the international SuperDARN community, and assisted SANSA in taking over the operations of the SHARE project initiating an active collaboration with UKZN that continues today.

When the Foundation for Research Development (FRD), forerunner of the NRF, introduced rating based on international peer evaluation in 1984, David Walker was one of the first group of about a dozen scientists across all disciplines to earn an A-rating, that is, recognition as an international leader in his field. Despite various management roles, he retained his A-rating from 1984 through successive re-evaluations, to his retirement in 2002, after which it dropped to a B-rating (internationally acclaimed researcher).

Prof Walker received many accolades. He was a Fellow of the Institute of Physics (London) (1976-85) and of the Royal Society of SA (1988 –), and a Founder Member of the Academy of Science of SA (ASSAf) (1994 –). When the University of Natal introduced Fellowship in 1989, Walker was one of the first group of Fellows to be elected. In 1998, the SA Institute of Physics awarded him its highest honour, the SAIP de Beers Gold Medal, for outstanding achievements in Physics, and he was elected a Fellow of SAIP. Naturally, he played a very active role in a variety of national committees for space physics and Antarctic research. Amongst others, he served on the International Review Panel for the National Space Programme led by SANSA in 2012, and was a SANSA Board member in 2013-14. He provided expert review advice to the Space Science Programme of SANSA (and the former Hermanus Magnetic Observatory) on many occasions, actively ensuring and promoting the value of space science in South Africa. He was also the Chair of the South African National International Heliophysical Year (IHY) and the International Polar Year (IPY) between 2005 and 2007. Prof Walker also Chaired a Review Panel in 2016, on behalf of the Department of Science and Technology, to assess the readiness of a select number of local universities in hosting the Pan African University Space Science Institute.

Internationally, his research and his views were highly regarded. On a sabbatical leave at the Max Planck Institut für Aeronomie in Lindau-Katlenburg, Germany, in 1977-8, he held an Alexander von Humboldt Research Fellowship. Other sabbatical and research visits included a year at Cambridge University (1969-70), three visits of 3-9 months at the Johns Hopkins University, Maryland, USA (1980-1, 1984-5, 1991) and a 3-month stint at the British Antarctic Survey in Cambridge (1997). In addition, he was invited to present a six-week long series of postgraduate lectures as a Guest Professor at the Centre for Plasma Astrophysics of the Katholieke Universiteit Leuven, Belgium.

Walker was Associate Editor of the prime journal, Journal of Geophysical Research – Space Physics (2000-2002) and served on the Editorial Advisory Board of Planetary and Space Science (1982-92).

His research leadership role was also recognized internationally, and inter alia he was Vice-President of the ICSU Scientific Committee for Antarctic Research (SCAR) in 1998-2002 and Chairman of the Solar Terrestrial and Astrophysical Research Working Group of SCAR (1994-2000).

Dave Walker published 85 internationally peer reviewed research articles, many of them single-authored, and his work has been cited more than 3000 times. The seminal 1979 paper on dual auroral radar studies is a classic and has been cited 260 times. His last 3 papers were published in 2016, but ongoing projects should lead to further articles. In addition, he had 79 papers at international and 56 papers at national conferences. Unusually, for a physicist, he also wrote 2 major research books: Plasma Waves in the Magnetosphere (348 pages), published by Springer in 1993, and Magnetohydrodynamic Waves in Geospace: The Theory of ULF Waves and their Interaction with Energetic Particles in the Solar-Terrestrial Environment (550 pages), published by the Institute of Physics Press, Bristol, in 2004.  He graduated 8 PhD and 9 MSc student and a final student submitted his Masters’ thesis recently.

His academic leadership style was characterized by his friendliness, analytical, incisive mind, integrity and fairness, his ability to delegate and his decisiveness. As a retired colleague has written, “It was a pleasure to be a member of the Physics Department he led so superbly — many happy memories!”

Dave Walker had a way with words. The numerous documents that he prepared in his management roles were extremely well written, well-documented, analytical, and to the point. He was also an excellent speaker, whether as a debater in Senate, or as an entertaining after-dinner speaker. He was extremely well-read, and that feature was invariably reflected in his writing and his speeches.

After completing his second research monograph, Walker embarked on serious historical research, scouring museums and archives, following the story of his forebears, who were 1820 Settlers. This led to a 492-page book entitled Pawns in a Larger Game: Life on the Eastern Cape Frontier in 2013. His other hobbies included gardening and water colour painting. At one stage he took up long distance running, and twice qualified for the Comrades Marathon, but to his regret did not finish.

During his Cambridge days, Dave met his wife, Carol Glencross, a Scottish statistician, and they married in 1967. Throughout his career she was a very supportive wife to him. They have 3 children in New York, Cape Town and Glasgow, and 6 grandchildren.

SANSA, UKZN and the national Space Science community are in mourning of this great loss. Dave Walker will be forever remembered for the positive influence he had on many of our lives and careers. Our sincere condolences go to his family at this sad time.

SANSA acknowledges the assistance of Manfred Hellberg with this tribute.