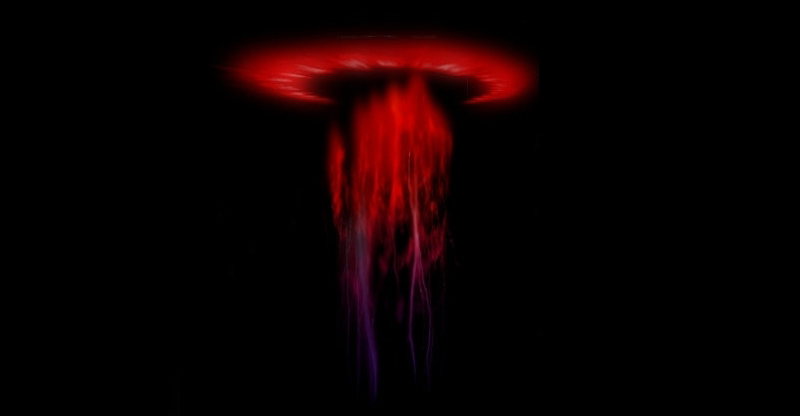 28 Mar The sprite hunters of the Karoo desert

Four researchers huddle against the cold winds and encroaching darkness of the Karoo night, working with sophisticated cameras and near-real-time data feeds. The cameras are trained upwards and to the north, where a distant thunderstorm pummels the Highveld in silent fury. These intrepid researchers are hunting sprites.

Sprites in the sky above the Highveld, one of more than 100 observations made by Prof Mike Kosch and colleagues using special cameras in the Karoo earlier this year.

This may sound like the start of some kind of far-fetched fantasy movie, but it’s actually cutting-edge space science research, happening right here in South Africa. You see, sprites are not mythical fey creatures, but rather a rare atmospheric phenomenon that has been observed sporadically since the late 1980s.

“Sprites are caused by lightning strikes,” explains Prof Mike Kosch, the genial Chief Scientist at SANSA Space Science.  “A strike from the cloud to the ground produces huge current and charge displacement, which generates an electric field. That field projects above the cloud and into space, and causes a gas discharge, known as a sprite.”

It’s the same thing that happens in a fluorescent tube when you flick a switch. Sprites come in many different shapes and forms: carrot sprites, halo sprites, jellyfish sprites or just amorphous blobs.

The problem for researchers is that sprites are very hard to spot – they occur well above thunderstorms, up to 100km into the atmosphere. If you’re in a thunderstorm, you have no chance of seeing one. Then, even if you manage to spot a sprite, recording their occurrence is difficult – they’re gone in a flash, literally. Sprites usually only last for fractions of a second, hence the need for high frame rate recording cameras. This is why Kosch, a colleague and two students, found themselves braving mosquitoes, cold, hailstorms and boredom in the Karoo early this year.

“South Africa is a good place to study sprites because in summer we’re a global lightning hotspot,” he says. This is his third year of observing sprites –  first from Sutherland, but this year also from Carnarvon.

“We hope that observing a sprite from two locations simultaneously will let us triangulate to get the position and height, so that we can see how it relates to the position of the parent lightning strike.” 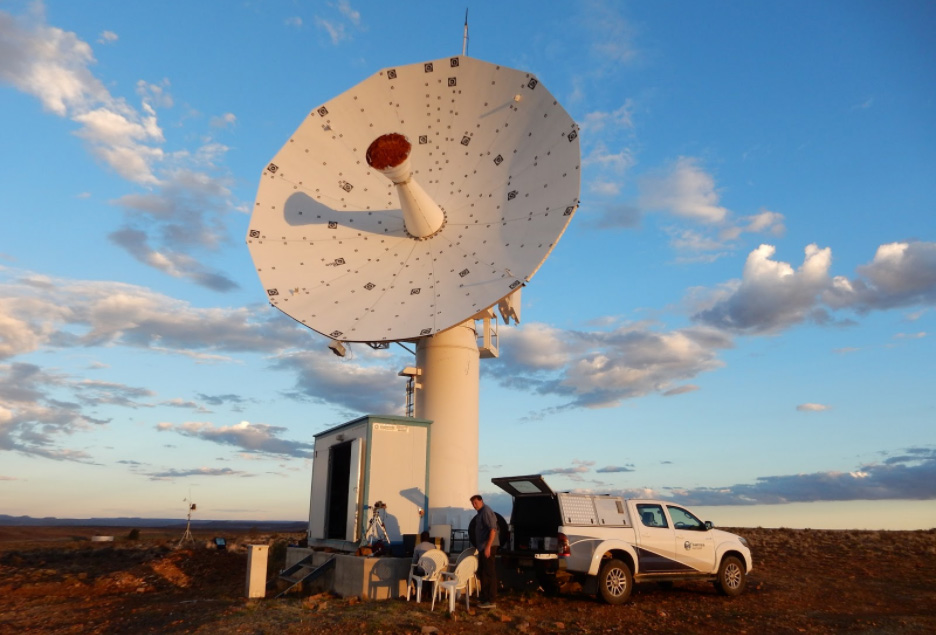 The temporary observing position from Klerefontein Farm near Carnarvon. The SBAS antenna is used as a source of power and internet, and as a wind shield.

In just three nights in February, the team recorded more than 150 sprites – an unusually high number for Kosch, who is more used to recording about 20 over several weeks.

They have also taken special cameras out to both sites this year, to observe sprites in the blue and red spectrums. Kosch believes that with a bit of mathematics and a few assumptions, the colour measurements will indicate the electron energy within a sprite. Both the triangulation and the estimation of the electron energy in a sprite would be world firsts.

Kosch has now returned to SANSA’s Hermanus facility, leaving two students out in the field for several weeks. The students, from University of Cape Town and the University of the Western Cape, will continue to brave the uncomfortable conditions to record sprites whenever they occur.

“I firmly believe that students should do fieldwork,” says Kosch. “It’s not comfortable, and things inevitably go wrong. But the experience allows them to take possession of their data – they worked hard for it.” 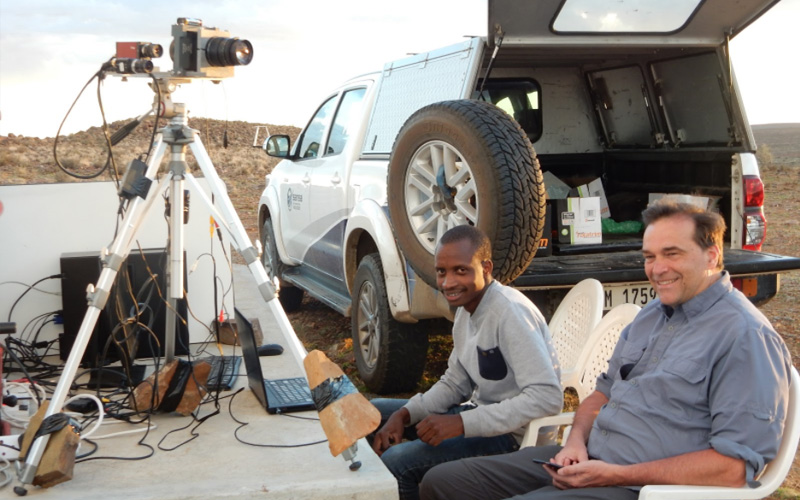 The three-camera setup at Klerefontein Farm near Canarvon. One camera is colour, one is night-vision monochrome and one can operate at 100 frames per second (4x faster than normal TV). In the distant background is the electric field receiver which detects lightning and sprites signatures.

He hopes that this is just the beginning for sprite research in South Africa. Future plans include setting up a low-frequency electric field array in the Karoo to record lightning strikes in real-time and with greater accuracy (right now researchers rely on South African Weather Service data on lightning strikes). This would help answer questions about what lightning strikes cause different types of sprites, and hopefully shed light on the mechanisms of sprite formation.

One day, Kosch wants to try something even more ambitious.

“I would eventually like to look for sprites on other planets,” he says with an eager grin. “At least three of our Solar System’s planets have clouds, and two have lightning (Jupiter and Saturn).”

“Chances are low, but we have to try,” he says.