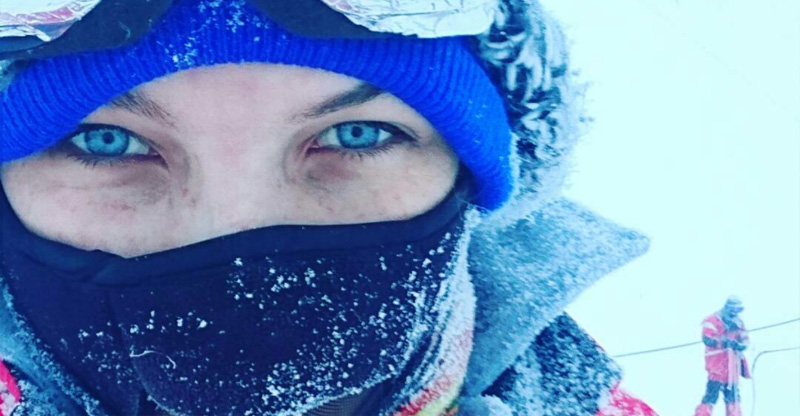 Danielle Taljaard found herself in one of the most inhospitable places on Earth, at the bottom of the world in Antarctica. She has always been adventurous and a lover of the outdoors but nothing can quite prepare you for -35 °C temperatures and summer nights when the sun never sets. 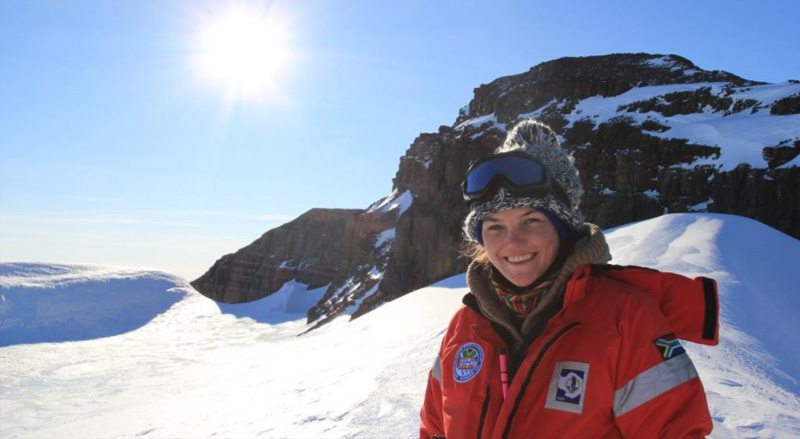 The 25-year-old Taljaard studied Electronic Engineering at the University of Pretoria, and became an Antarctic Radar Engineer at the South African National Space Agency (SANSA) in December 2016.

“I grew up in National Parks for my entire childhood,” she says. “I have always been of the adventurous kind, and I love the outdoors. That is also where my interest in the great adventure of being able to live in an incredible place like Antarctica started.”

At school she studied maths and the sciences, and says she has always been interested in gadgets and how things work. Her belief that robotics can improve human life inspired her to study electronic engineering.

While working as a software engineer in an effort to pay off her student loans, she saw an advert for an opportunity to work in Antarctica. “I saw that I could combine my career path with my passion for the outdoors, and I applied for the dream job,” she says.

“That is how I ended up in Antarctica.”

Taljaard taking in the view of Queen Maud Land at the end of November, the beginning of summer.

As an Antarctic Radar Engineer, Taljaard is responsible for looking after the Super Dual Auroral Radar Network (SuperDARN)  at the SANAE research station, part of a network of radar systems spread across the two polar regions of the Earth.

Two thirds of the radar system making up the SuperDARN network can be found at the North pole region, while the rest are located in Antarctica. The radar systems work together to scan for space weather in the ionosphere, a highly charged region that envelops the Earth out to a range of 1000 kms.

Taljaard and the SANAE team outside in the snow outside the SANAE IV base.

Taljaard is mainly tasked with looking after the radar system and GPS receivers; just one part of SANSA’s Antarctic responsibilities in collaboration with various international organisation.

“My days involve making sure that each of the instruments are running, and logging their data. I work to find different ways to improve the maintenance and efficiency of these instruments,” she says. 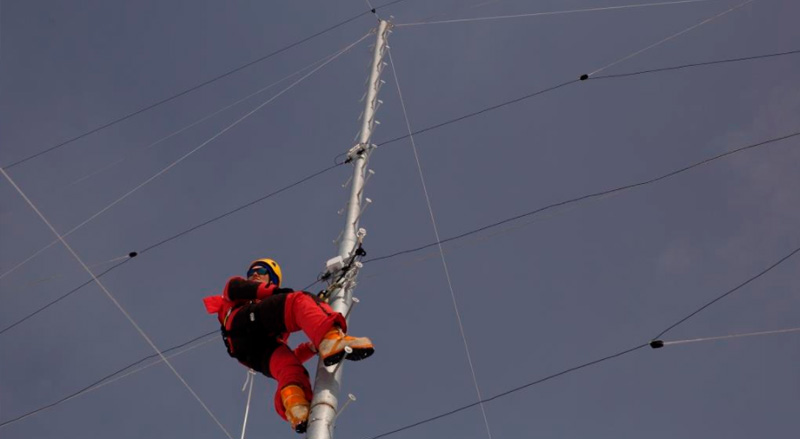 Conducting antenna repairs and maintenance on the SuperDARN HF Radar.

Not many people get to work or visit the continent at the bottom of the world, and Taljaard says she feels blessed at having the opportunity to work in a place that almost seems like another planet.

From frigid temperatures that hover in the -30s and a windchill that drops the mercury even further, to 24 hours of sunlight in the summer, and total darkness in the winter, Taljaard found her time in Antarctica priceless.

“It is an unbearable type of cold, but it is a routine you get used to,” she says. “It takes a lot of planning and perseverance, to actually stay on task and complete what you set out to do.”

Work continues regardless of the weather; here Taljaard is pictured while repairing VLF Loop antenna repairs on an icy day.

The  temperature-controlled environment of the base, keeps things toasty, but she has to go outside at some point to carry out her duties. Even in the barren cold outside the warm compound, Taljaard says she still got to appreciate the beauty of the landscape she found herself in.

“I imagine that’s what it might be like when we finally have people living on Mars,” she says. “You feel completely alone, but it is a kind of beauty that only a few people are privileged enough to see.”

Now returned from her 14-month stint on the southernmost continent, Taljaard hopes to continue her involvement in the wonderful work that is being done by SANSA.