Pinpointing where the lights went out in Puerto Rico 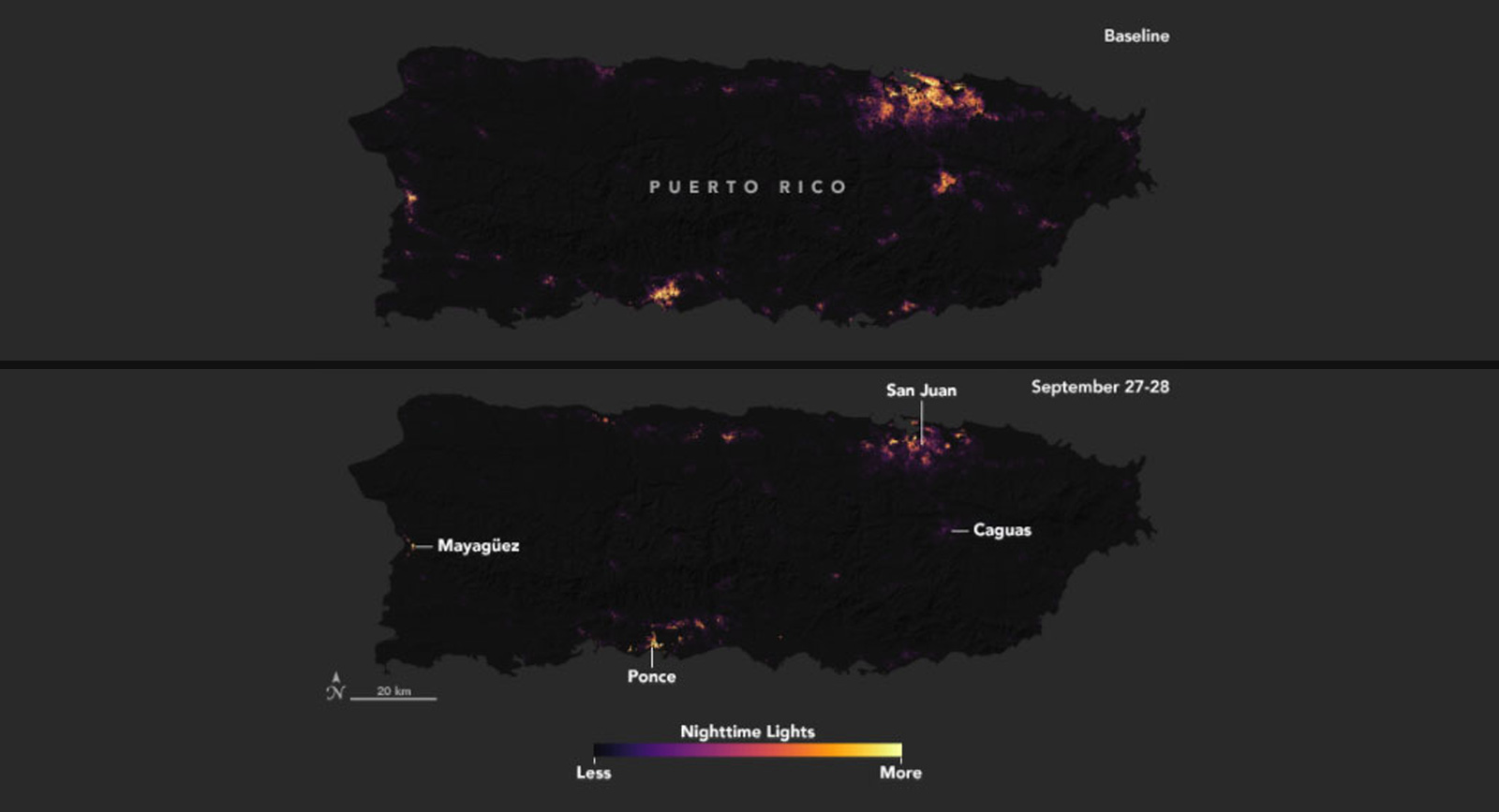 A team of scientists from NASA’s Goddard Space Flight Center and Marshall Space Flight Center processed and corrected the raw data to filter out stray light from the Moon, fires, airglow, and any other sources that are not electric lights. Credit: earthobservatory.nasa.gov.

VIIRS created Puerto Rico’s nighttime lights based on data captured by the Suomi NPP satellite. It soon became apparent that most of the electric power grid and telecommunications network was knocked offline. Flooding, downed trees, and toppled power lines made many roads impassable.

A thrilling epoch in the exploration of our solar system came to a close last month as NASA’s Cassini spacecraft made a fatal plunge into the atmosphere of Saturn, ending its 13-year tour of the ringed planet.

While the Cassini spacecraft is gone, its enormous collection of data about Saturn – the giant planet, its magnetosphere, rings and moons – will continue to yield new discoveries for decades to come.

“Cassini may be gone, but its scientific bounty will keep us occupied for many years,” said said Linda Spilker, Cassini project scientist at NASA’s Jet Propulsion Laboratory (JPL). “We’ve only scratched the surface of what we can learn from the mountain of data it has sent back over its lifetime.”

World View has started a new phase of refinement that could lead to balloons which stay afloat for months. Credit: engadget.com.

World View’s dreams of replacing satellites with edge-of-space balloons have been long in the making, and not without some hiccups. The startup has completed the first launch of a Stratollite balloon from its new headquarters in Tucson.

Right now, the balloons don’t exactly last long — World View’s longest-lasting flight was 27 hours, which would only be useful for the briefest of uses. However, the Tucson launch lays the groundwork for much more.