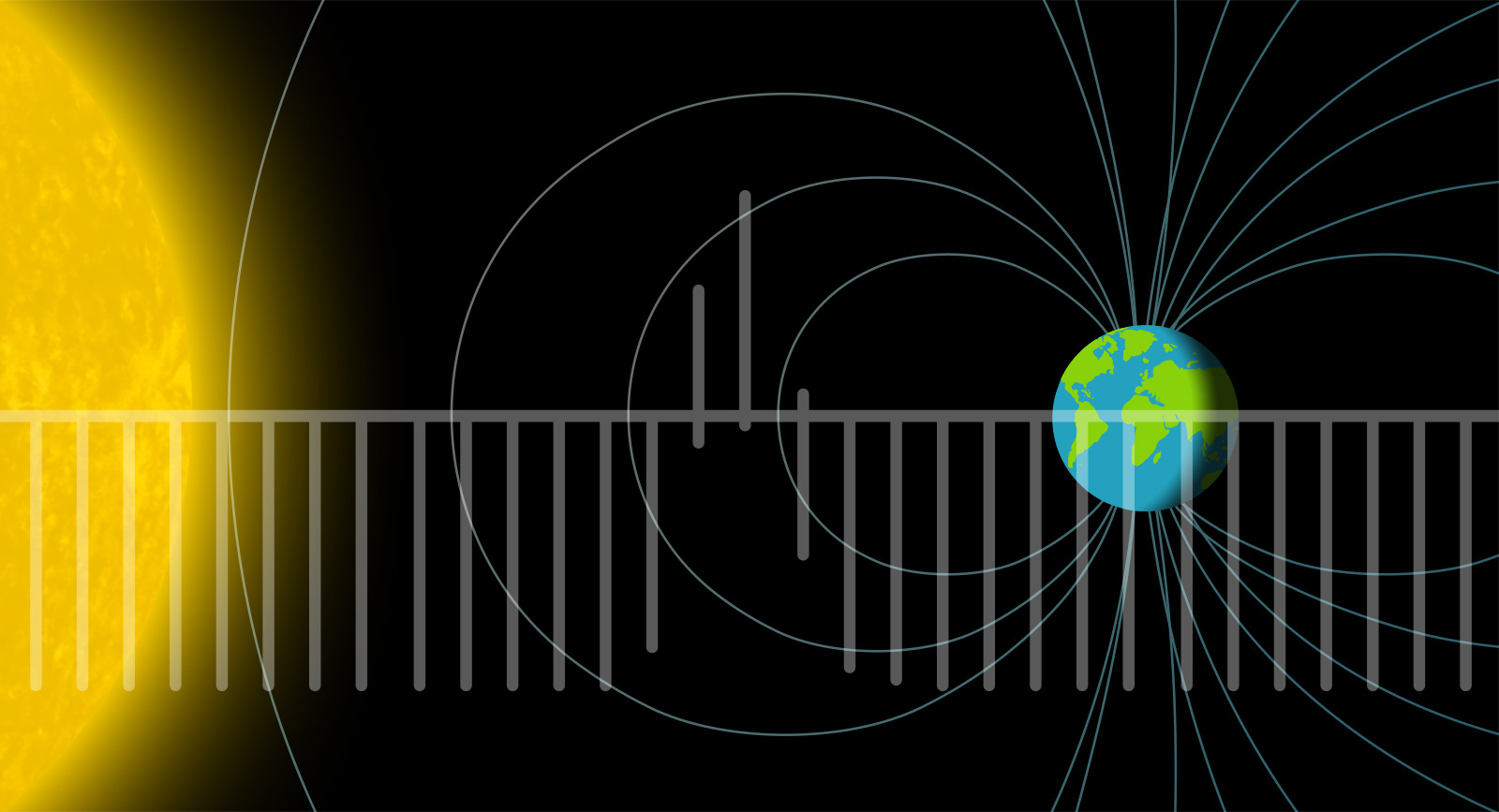 SANSA researchers have made an unusual discovery in their quest to better understand Earth’s magnetosphere. A new model has accurately described a type of wave that occurs in the space around our planet.

SANSA researchers have developed a model that accurately predicts a type of wave found in the Earth’s magnetosphere, called a soliton. Graphic by Sciencelink.

The magnetosphere is a region surrounding our planet where an ionised gas of charged particles known as plasma interacts with Earth’s magnetic field.

Plasma in the magnetosphere is essentially a soup of positively charged hydrogen ions (H+) and their negatively charged electrons that arrive on solar winds (events such as solar flares that spew plasma from the sun into space).

“The plasma in the magnetosphere is magnetised, resulting in waves that have properties similar to sound waves,” says Dr Shimul Maharaj, of the Plasma Physics Theory Group at SANSA.

More specifically, the electrons within the plasma form waves, and, because they resemble sound waves, they are known as electron-acoustic waves. Unlike a vibration that oscillates back and forth continuously, these particular waves propagate just as a single wave pulse; it is known as a soliton and it resembles a solitary ocean wave travelling at a constant speed while maintaining its bell shape.

“The magnetosphere is a natural laboratory to study these electron-acoustic solitons,” says Maharaj.

One of the group’s doctoral students, Lifa Mbuli, used a mathematical approach called theoretical fluid modelling to describe an electron-acoustic soliton which has been observed by satellites in the magnetosphere.

“The results from our study shows that a beam of electrons in the magnetosphere causes the electron-acoustic soliton to switch polarity from negative to positive,” says Maharaj. He says the theoretical findings match very well with the observations, because these types of waves found elsewhere favour negative polarity. 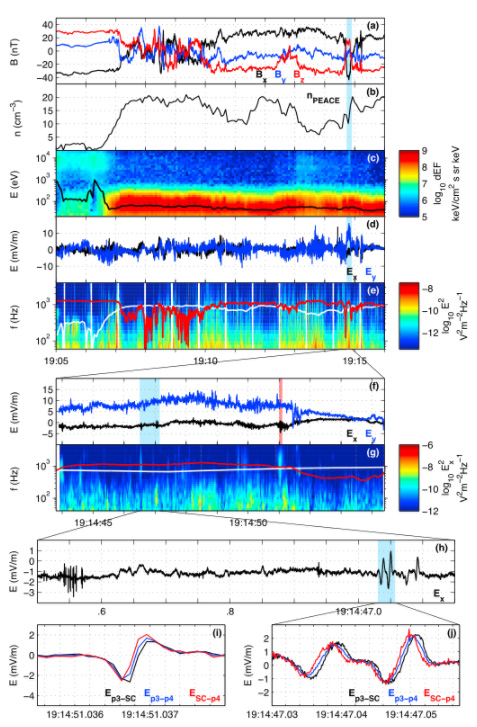 Observation of a soliton by a Cluster satellite when crossing the magnetopause on 5 March 2007. Source: Graham et al, 2015.

Maharaj explains that such theoretical results are important because observation alone is not enough to understand the magnetosphere. “Measuring wave properties directly in space is quite difficult and technical,” he says. “For example, because satellites move around, and there are only a few satellites out there.

“We want to create theoretical models that can describe observations and can even help us understand what happens in those very hard-to-reach places where there are no satellites.”

His group has successfully created such a model to describe electron-acoustic solitons found in the magnetosphere: Mbuli’s doctoral study has already resulted in two papers published in a high impact factor international journal on this topic (here and here). Another has also been submitted for review, and two further articles are currently in preparation.

Maharaj says this work is ultimately linked to our understanding of space weather, which impacts technology in space, as well as humanity’s prospects of living in space or on other planets. The theoretical research itself also gives students a solid academic foundation in mathematics and physics on which to build their careers.