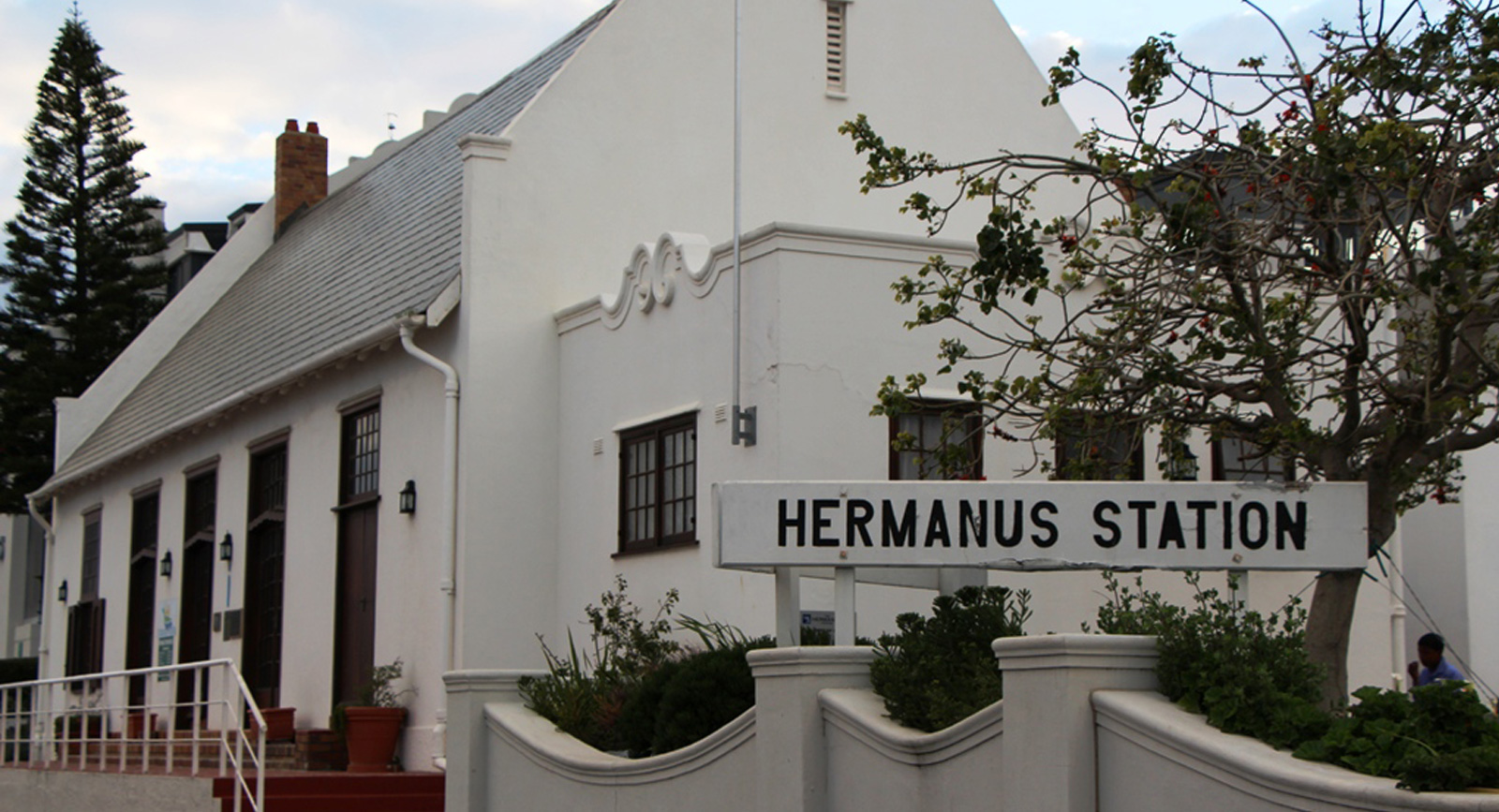 Sir William Hoy is probably the most loved icon to have ever set foot in the sleepy seaside town of Hermanus in the Western Cape. His story goes far beyond this little town, with his greatest achievements giving him countless honours during World War I, but this story is how his love for this town made it the ideal place for a science station of global importance.

Hermanus Station – one of the only stations in South Africa with no train tracks. The lack of railways in Hermanus makes it an ideal location for a magnetic observatory.

It all revolves around a train station in Hermanus, a town that has no trains and no railways at all. Born in Scotland in 1868, Sir William Hoy left school at the age of 12, and became a clerk at the North British Railway in Edinburgh. In 1890, he was inspired by a recruiting officer of the Cape Government Railways to apply for work in Cape Town, a place he was already greatly in love with.

Some years later he became the Transvaal agent for the Railways, in charge of the Military Railways during the Anglo-Boer War. Sir Hoy became the youngest General Manager of the South African Railways ever, gaining control of the second largest government-owned railway system in the world.

It is at this point that Sir Hoy decided to leave Cape Town in search of the perfect holiday destination, and found Hermanus where he could enjoy his favourite hobby – fishing.

So in love was he with this remote paradise that he halted plans to build a railway through Hermanus quite literally in their tracks. The plans were so advanced that a railway station building had already been built but sir Hoy had witnessed what the railway lines did to small villages like Kalk Bay, and was determined to keep Hermanus a village with fresh air and visitors who loved the town enough to go the extra mile to reach it.

He went as far as establishing a coach service between Cape Town and Hermanus, to make sure that not even a single train ever entered the station building at Hermanus. As a result Hermanus has a train station but no trains.

While some grumbled at the decision, many were overjoyed at the blessing Sir Hoy granted Hermanus with his decision. For his services to the town and to transport in general, Sir Hoy was knighted in 1916. Having worked hard to keep the town pristine, Sir Hoy did not live long to enjoy his favourite place in the world. He died of cancer in 1930, shortly after retiring at the age of 62.

Meanwhile at the University of Cape Town, scientists were sharpening their scientific instruments to carefully measure the magnetic field of the Earth, which was very important for navigation and contemporary scientific research.

The Magnetic Observatory was based at the University of Cape Town but when electric trains were introduced in 1932, they created an electromagnetic field that interfered with magnetic readings taken by sensitive instruments. Since no railway lines went through Hermanus, scientists identified it as an ideal place to relocate the Observatory.

The Hermanus Magnetic Observatory was officially opened for operation on January 1, 1941 by Professor Ogg of UCT. After retiring in 1946, he handed the reins to Mr van Wijk, who directed the Observatory until his retirement in 1977. 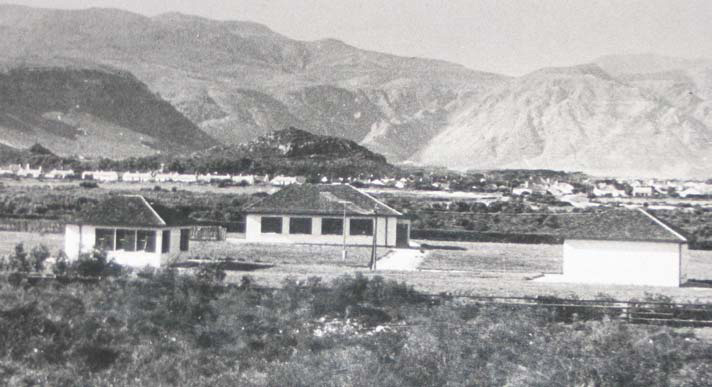 The Hermanus Magnetic Observatory in 1941. This formed the heart of the what is now SANSA’s Hermanus facilities.

The Hermanus Magnetic Observatory later became the Space Science Directorate of the South African National Space Agency (SANSA). Today, SANSA contributes to the field of space science in many ways. It is the only Space Weather Centre in Africa with highly trained staff, keeping an eye on how the Sun affects our modern day technology on Earth and in space.

Our life giving star, the Sun, is constantly active and every now and then it erupts spewing out charged particles that travel through space at speeds of 800km per second.  These solar storms can damage technology on earth and in space which we rely on daily for internet and mobile phone connectivity, DStv, electricity supply, and GPS services.

While Sir Hoy worked hard to keep Hermanus train-free, he inadvertently made it an ideal “magnetically clean” zone, and the town of Hermanus and the rest of the world thanks him for it. Today, the graves of himself and his wife, Gertrude Hoy, rest atop Hoy’s Koppie which overlooks the beautiful town Hoy so lovingly helped to create.