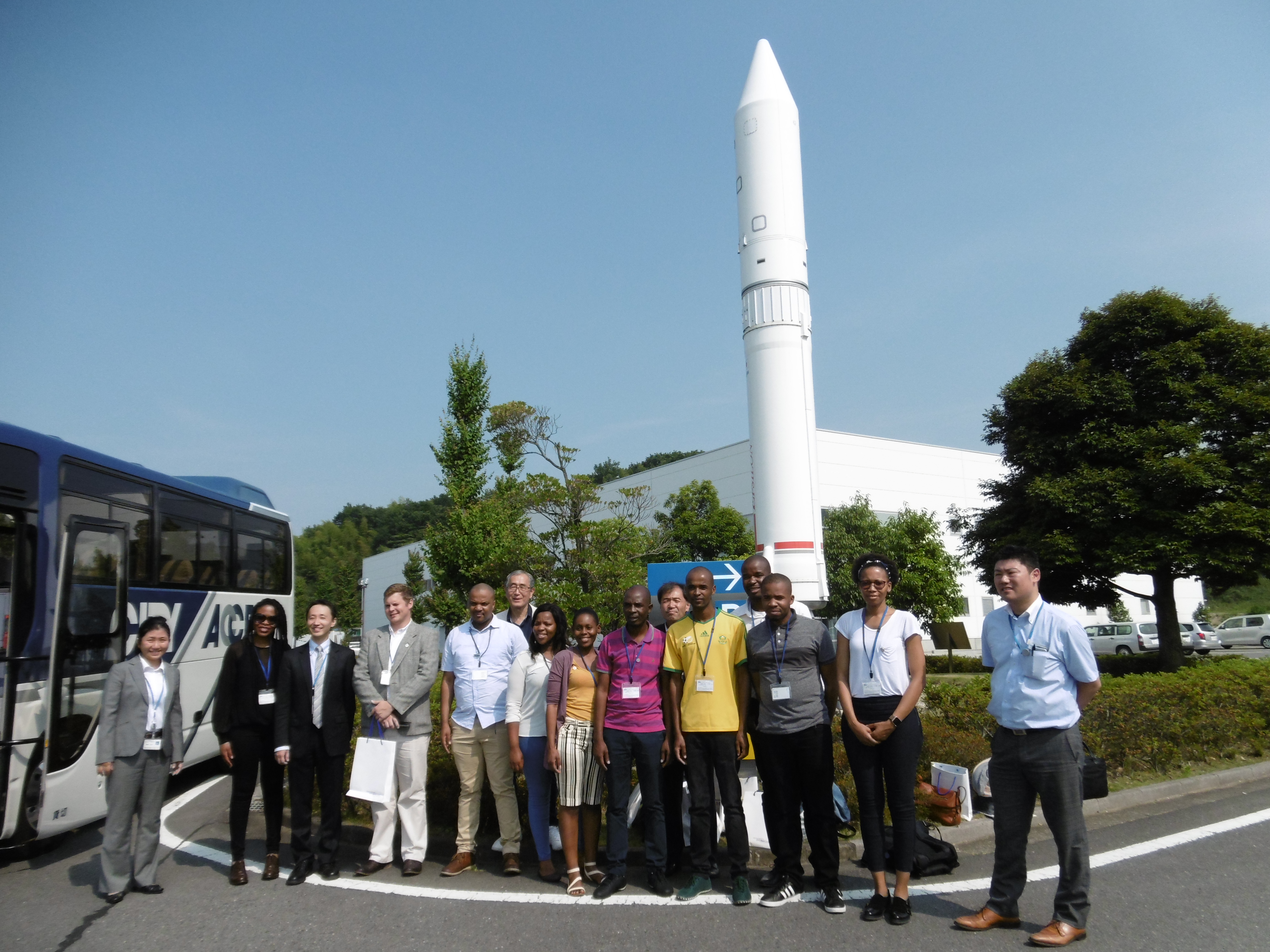 Posted at 12:32h in Earth Observation, News by Vaneshree Maharaj

In line with SANSA’s mandate to expand human capacity development opportunities to the public sector and the entire Earth observation community in South Africa, the agency took a delegation of ten SA scientists to Japan for a four weeks training expedition.

The delegation was warmly received by the South African embassy representatives, Ms Eudy Mabuza and Mr Michael Khanyi. Embassy representatives encouraged the delegates to use the experiences learnt in Japan to improve the lives of ordinary South Africans, and further stressed the importance of building a strong relationship with Japan and to learn from them on how they improved their economy while they don’t have rich mineral resources like South Africa.

Feedback from the delegation is that the training was impressive and fruitful. They were exposed to a variety of Japanese technologies, methodologies and the Japanese culture.