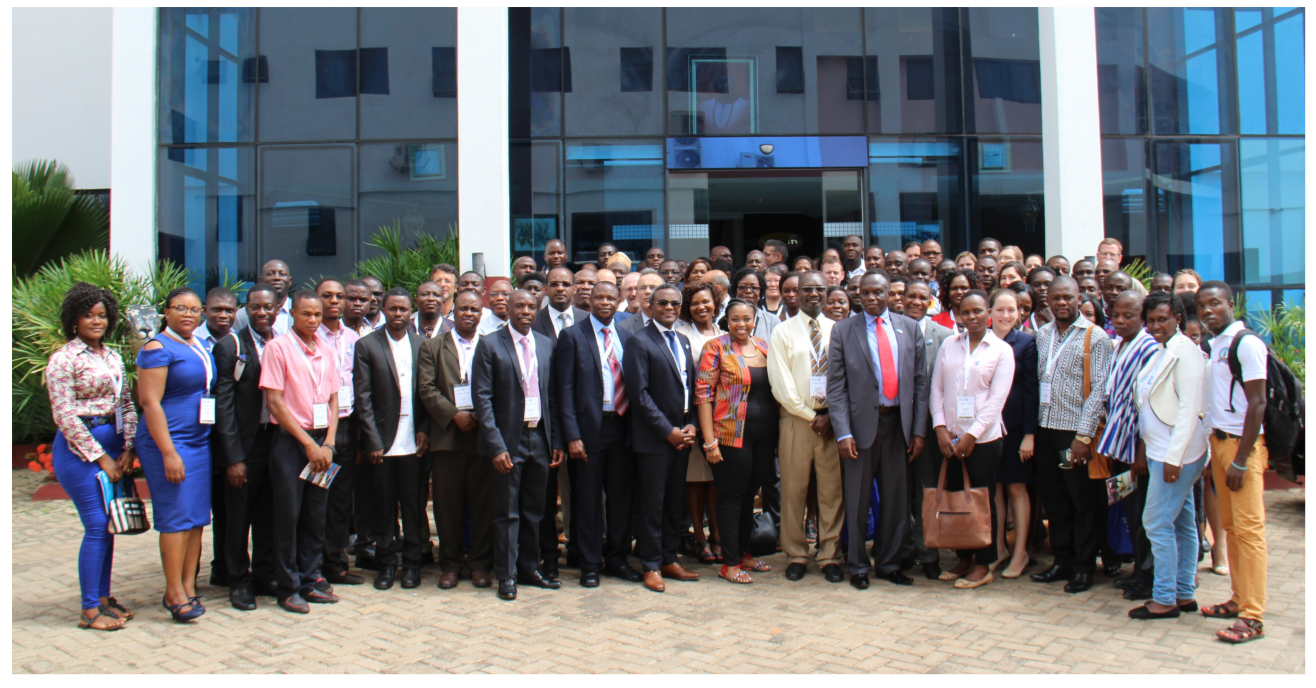 Posted at 09:00h in Earth Observation, News by Vaneshree Maharaj

The Symposium was hosted by the University of Energy and Natural Resources (UENR), a relatively newly established Ghanaian University with a rapidly developing faculty in Remote Sensing and Earth observation. AfriGEOSS is an initiative of the African community in GEO aimed at providing a coordination and collaboration network for the development and uptake of Earth observation systems, data, information and knowledge, critical to improving the socio-economic status of Africa’s people. The symposium was attended by representatives from 31 countries, representing space agencies, regional organisations, private research and academic as well as public institutions.

AfriGEOSS comprised 29 member countries with two countries in the process of becoming members and 10 member organisations. AfriGEOSS was formally adopted in 2012 at the GEO-Plenary in Brazil and formally SANSA is currently coordinating the Sustainable urban development and the data and infrastructure initiatives.

During the symposium, AfriGEOSS member countries presented on their national Earth observation activities. Discussions that followed these presentations were around strengthening regional collaboration and sharing of data and infrastructure for download and processing the data. Achievements and progress made on each of AfriGEOSS thematic areas were highlighted. Regional and international organisations such as RCMRD , SERVIR and JRC also presented on the EO activities that are responding to some of the challenges faced by Africa including food security and climate change. Participants agreed that the EO products and tools showcased during the symposium should be taken to the people on the ground especially rural communities, subsistence farmers and local authorities to increase the impact of EO technology.

AfriGEOSS has, as part of its mandate, to “Identify and exploit other continental infrastructure that enable EO data access and dissemination” To this end, it aims to identify and exploit continental infrastructure to enable wide scale access to EO data. After a review of current and planned infrastructure on the continent by national, regional and continental institutions, the symposium discussed opportunities for Earth observation to leverage the development of the African Data Intensive Research Cloud (ADIRC) and existing and planned National Research and Education Networks in pursuit of a coordinated strategy.

SANSA presented its plans for establishing an EO Node in a prototype ADIRC and the use of South African infrastructure, such as the the Centre for High Performance computing (CHPC), the Data Intensive Research Initiative of South Africa (DIRISA) and the South African National Research and Education Network (SANREN). The Symposium resolved that a task team be set up to develop an implementation plan for the EO nodes across the continent that will connect to the ADIRC. SANSA, as co-chair of the AFRIGEOSS Data and Infrastructure Coordination team will lead the process.