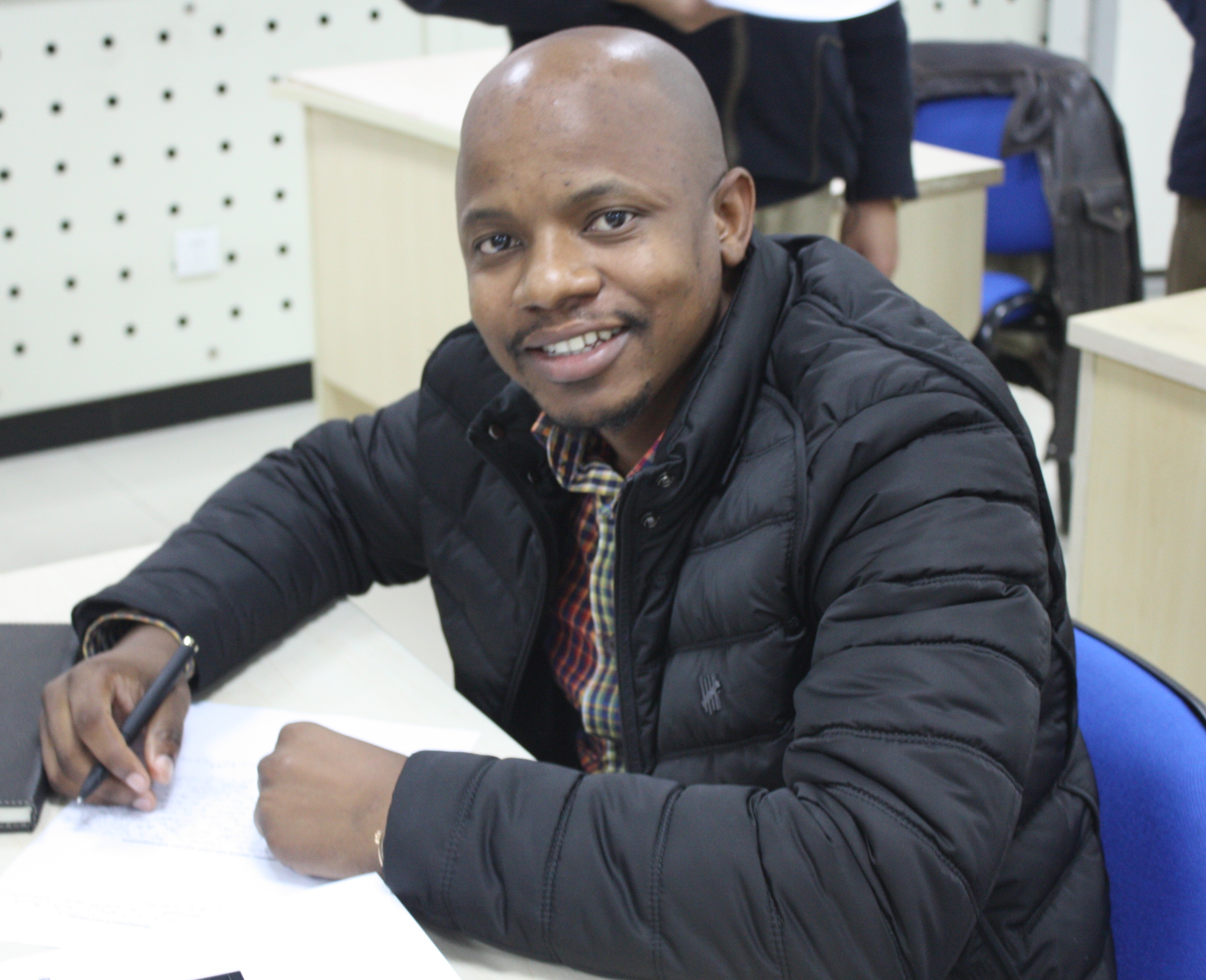 Posted at 13:25h in Earth Observation, News by Vaneshree Maharaj

This instrument was used in the field to capture reflectance from famine weed and other different plant types occurring in the same area. To the naked eye (or visible region of the electromagnetic spectrum), these plant species look similar due to their green coloured leaves and can only be differentiated based on their structure at a closer look. But such exercise would be time consuming, costly and tedious. On the other hand, field spectrometer allow for identification of different plant types based on their unique absorption and reflection intensities in different parts (or bands) of the electromagnetic spectrum.

This unique interaction with electromagnetic spectrum also helps to identify bands (or parts of the electromagnetic spectrum) where the reflectance of the target plant type (in this case famine weed) is quite different from other plant types. As such these bands are relevant for early detection of famine and can be used to map the areal extent and distribution of the plant using satellite images.

The information on the distribution of famine weed is required by land managers, decision makers and local authorities since they are compulsorily mandated by Conservation of Agricultural Resources Act, 1983 and National Environmental Management Biodiversity Act, NEMBA to locate, control and clear any famine weed invasions. Therefore the famine weed maps will assist in monitoring the efficiency of current control programmes such as, among others; those by Ezenvelo KZN Wildlife, Agricultural Research Council  Plant Protection Research Institute, South African Biodiversity Institute, Department of Environmental Affairs), etc. The maps will also help in containing small invasions before they get too large and expensive to eradicate, and to improve the allocation of clearing resources such as chemical, clearing teams, etc.

It has devastating impacts on agriculture, biodiversity and human health. Famine weed is listed in Conservation of Agricultural Resources Act, 1983, as a category 1 invasive species. According to this Act, category 1 invasive species ‘may not occur on any land or inland water surface[s]’ and the responsibility for control rests with the land owners. Parthenium weed distribution and replanting is further restricted by NEMBA, and is listed as category 1b species.