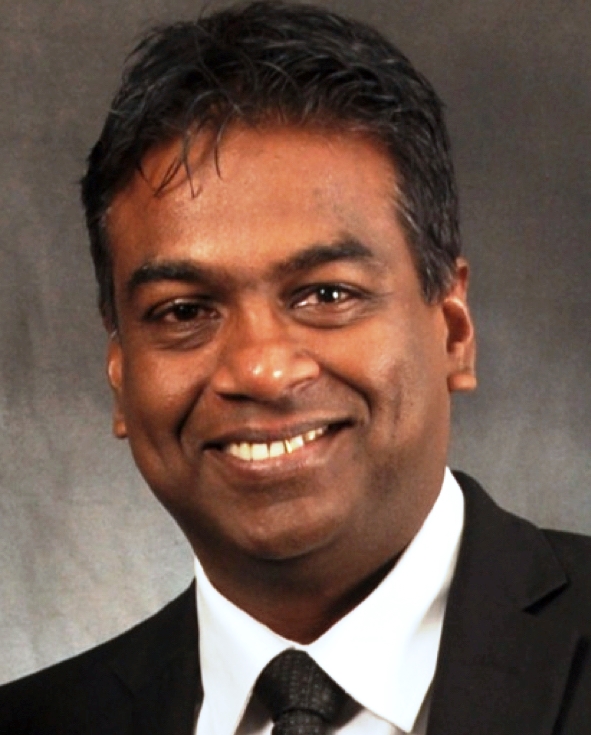 Posted at 10:41h in News by Vaneshree Maharaj

Dr Valanathan Munsami has been appointed as a successor to Dr Sandile Malinga, as the new CEO for the South African National Space Agency (SANSA) effective from 3 January 2017.

Dr Malinga left the Agency in August 2016 following five years as inaugural CEO and Board member, Mr Potlaki Maine was appointed as interim CEO to manage the agency during the appointment process of a permanent CEO. The Agency appreciates the efforts of both Dr Malinga and Mr Maine for their valuable leadership of this young organisation.

Among Dr Munsami’s numerous achievements are his involvements in the Strategy and Policy development for the South African national space programme. Dr Munsami currently Chairs the African Union Space Working Group, that developed the African Space Policy and Strategy that was approved by the African Heads of State in January 2016. As the Chief Specialist for Astronomy, during his employment at the Department of Science and Technology, Dr Munsami was involved in the development of a National Multi-Wavelength Astronomy Strategy and the SKA Readiness Strategy.

He brings to the Agency a wealth of knowledge and experience in space science, technology, innovation and Government policy and is determined to move the Agency towards contributing a greater impact to its citizens.