28 Jul From Africa, for Africa – contributing to science and the world community

Posted at 06:47h in News, Space Science by Vaneshree Maharaj

Early-career research excellence has again seen Dr John Bosco Habarulema, a space science researcher at the South African National Space Agency (SANSA) in Hermanus, as the recipient of an award from the American Geophysical Union (AGU)  this time as one of two winners of the prestigious 2016 Africa Award for Research Excellence in Space Science.

Established in 2015, these twin awards – in space science and Earth/ocean sciences – recognise early-career scientists from the African continent for outstanding contributions to research in Earth and space sciences. “I offer my congratulations and thanks to this esteemed group of individuals,” said Margaret Leinen, AGU President. “Their contributions to science and the world community are outstanding and have also helped AGU take a further step toward its vision of a sustainable future.”

John will be attending the annual Honours Ceremony and Banquet at the 2016 AGU Fall Meeting in San Francisco on 14 December this year to receive his award.

The American Geophysical Union (AGU) is a not-for-profit, professional, scientific organisation with nearly 60 000 members in 139 countries. The AGU advances the Earth and space sciences for the benefit of humanity through scholarly publications, conferences and outreach programmes. AGU’s Honours Programme recognises outstanding contributions to advancing Earth and space sciences, service to the community and the public understanding of science.

“As a world-class scientist with a promising career, John’s research excellence is a reflection of his passion, creativity and commitment and we share his pride in this achievement,” says Dr Lee-Anne McKinnell, Managing Director of SANSA’s Space Science Programme.

In 2014, John was the first African recipient of the International Sunanda and Santimay Basu Early-Career Award in Sun-Earth systems science for his contributions to ionospheric physics and space weather, while at the time also contributing to space science education and research in Africa. According to SANSA Chief Scientist and Research Manager, Prof Mike Kosch, “John’s research is expanding our understanding of Earth and space sciences and making it more accessible to the scientific community. He is also a dedicated mentor and role model for young African scientists.”

As a National Research Foundation (NRF) Y1-rated scientist with a PhD in space physics, one area of research which John is focused on is gaining a better understanding of the physical mechanisms that drive ionospheric and plasmaspheric electrodynamics particularly over the African region and on a global scale in general. “The award recognises not only my contribution but also that of my colleagues and postgraduate students at SANSA and highlights SANSA’s commitment and contribution to the advancement and generation of knowledge in space science research.” 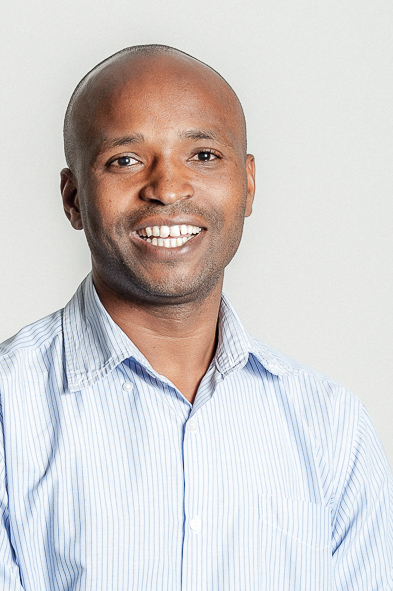 “I am passionate about my field of study because, while almost every person on the continent consumes space products and services, Africa’s contribution to research and development in this area has been minimal. This is something I want to help change so that we can fully understand and control the space science applications we use and, one day, independently and sustainably as a continent, develop space-related services that are relevant and customised to the needs of our communities, rather than just using those that already exist. We live in a world with ever-increasing societal demands and a need for structured problem-solving skills and I firmly believe that space science research is one of the engines for training a work force that can respond effectively to overcome these challenges.”

John has been a grant-holder and principal investigator in a number of NRF-funded research projects since 2011 and has served in leadership roles in ionospheric and space science research communities. He has supervised, co-supervised and mentored at least 15 postgraduate and undergraduate students at various universities in South Africa, as well as authored/co-authored many peer-reviewed publications, reviewed papers for scientific journals and books and acted as guest editor for the “IRI over the African region” special issue, published in Advances in Space Research between 2011 and 2013.

“We are privileged and indeed excited to have researchers of John’s calibre as part of the SANSA team. His passion and dedication is an example to fellow and aspiring scientists and bodes well for our space journey as a country and space agency in the years ahead,” says Dr McKinnell.