Posted at 13:34h in News, Space Science by Vaneshree Maharaj

The overwintering exodus to Marion Island this year saw SANSA researcher, Dr Stefan Lotz, accompany Travis Duck, an engineer and member of the 73rd Marion expedition (M73), to assist with the takeover from returning engineer, Pierre Joubert, a member of M72, at the conclusion of his 14-month sojourn on the Island.

Located almost 2 000 km southeast of Cape Town, the meteorological and biological research station on Marion Island, which is run by the South African National Antarctic Programme to carry out vital research throughout the year, houses about 20 scientists and engineers as its only human inhabitants. Otherwise the island is home to birds and mammals, such as the wandering albatross, fur seals and killer whales that are perfectly visible in the clear water.

Marion Island, situated at 46°52’34” South 37°51’32” East, lies close to Prince Edward Island in the southern Indian Ocean. The two islands cover a combined area of 316 square km and constitute the Prince Edward Islands Group that politically forms part of South Africa’s Western Cape Province. The islands are volcanic in origin. Marion Island, which is 19 km long by 12 km wide and the higher of the two islands, has small lakes and many hillocks (secondary craters), with Mascarin peak as the highest point at 1 230m and permanently covered in snow and ice.

The island has little vegetation, mainly mosses and ferns, with some lichen in its centre, and boggy terrain due to the abundant snow and rain. The persistent, strong westerly winds, typically occurring at southern latitudes between 40 and 50 degrees (known as the Roaring Forties), ensure that no trees grow on the Island.

South Africa proclaimed its sovereignty of the Marion and Prince Edward Islands in 1947 and established a meteorological station on Marion Island in 1948. Both islands are Special Nature Reserves under the South African Environmental Management: Protected Areas Act, 57 of 2003, and activities are restricted to research and conservation management.

The scarcity of land at the higher latitudes of the southern hemisphere makes Marion Island a prime location for space physics research. As a participant in the worldwide network of magnetic observatories, SANSA has space monitoring instruments on Marion Island, as well as Gough Island, and is responsible for the infrastructure, research and data required for and undertaken there to monitor the near-Earth space environment. The Department of Environmental Affairs (DEA) provides support annually for an engineer to overwinter on Marion Island to maintain the equipment and record important space data for use by SANSA and international research networks.

As the principal investigator on some of the instruments on the island, Dr Lotz provided the guidance needed for a successful takeover. “We arrived on the island after a week-long voyage aboard the SA Agulhas II and it was all systems go to carry out important maintenance, undertake scientific field work and train the new team to take over for the next year from the departing team.”

According to Pierre Joubert, his 14-month stay on Marion Island elicited a range of experiences, from excitement and the stress of preparation to the long hard hours of the takeover. “At times you miss family, friends and fresh food but the privilege of being on an Island as special as Marion, with its moments of absolute bliss, quickly overrode such feelings,” said Joubert.
He remembers special moments during his overwintering period, when he walked over a scoria (basaltic lava fragments ejected from a volcano) hill in the middle of a snowstorm and stood on the rocks looking at killer whales that passed by within three meters, perfectly visible through the clear water. “Going to Marion Island was one of the best decisions I ever made as I learnt so much and grew both professionally and personally. Living in an isolated environment with only a few other people to talk to was tough but great at the same time, as my fellow team members become a second family. Marion Island is a very special place and an opportunity to experience so much. However, like most things in life, you have to be open to the experience and embrace it.”

Joubert returned to Cape Town with Dr Lotz aboard the SA Agulhas II on 16 May. The current overwintering engineer, Travis Duck, is doing well with all the instruments up and running. He will return in May 2017. 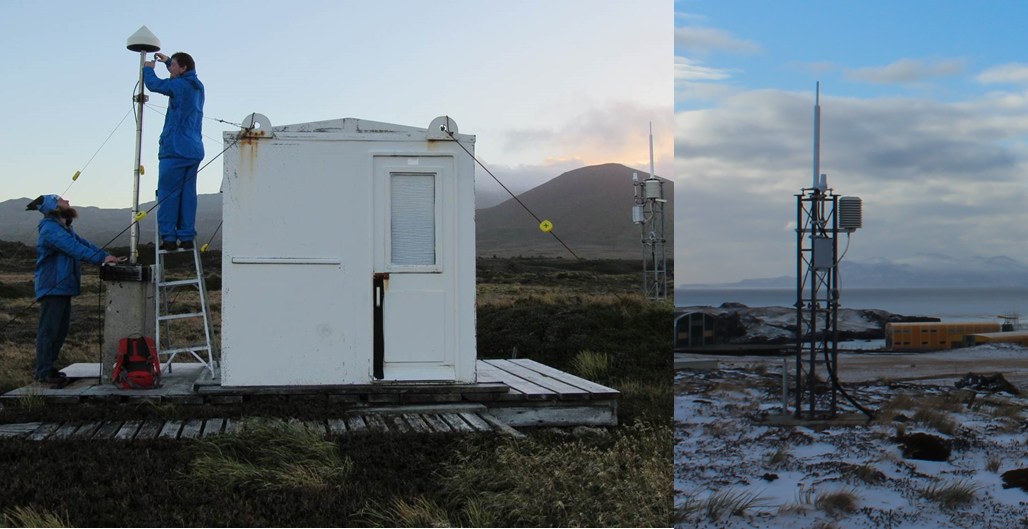