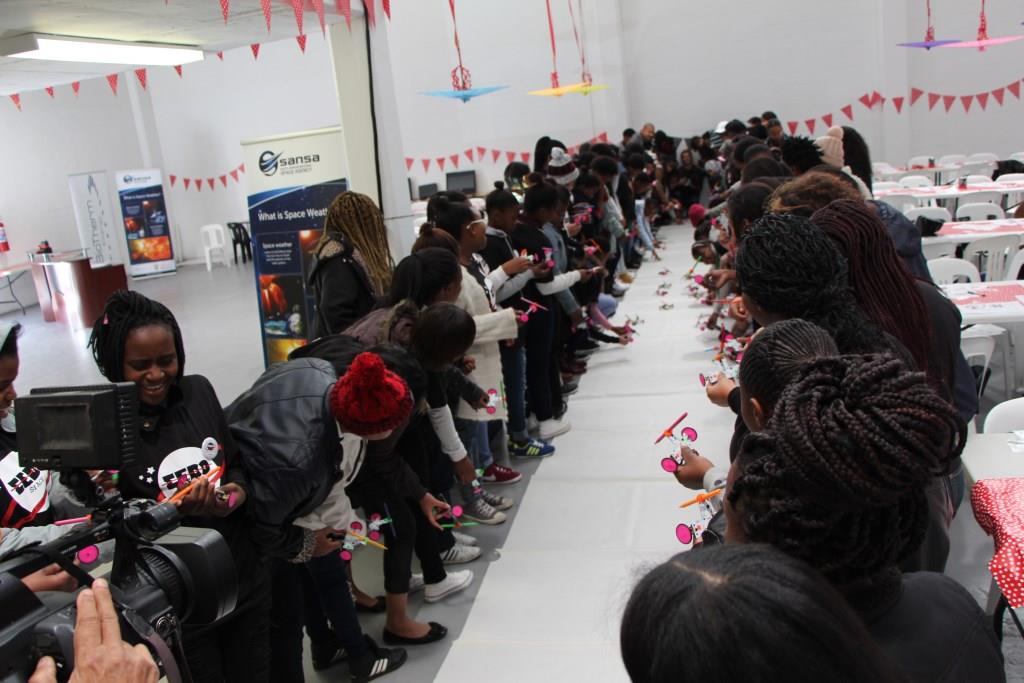 Posted at 09:48h in News, Space Science by Vaneshree Maharaj

Empowering young women to follow careers in science, technology, engineering and maths (STEM) was under the spotlight recently at a YOUTH DAY SPACE PREP workshop in Cape Town where senior SANSA representatives assisted young learners to build small, programmable robotic rovers. The event was part of the Meta Economic Development Organisation (MEDO) SPACE programme to equip school girls in Africa with STEM skills to compete and thrive in a digital future.

The SANSA team who attended at the workshop consisted of Dr Lee-Anne McKinnell, SANSA MD, Eliza Fraser, Science Advancement Manager and Dr Rendani Nndanganeni, Space Science Research Fellow. They were accompanied by an international guest, Prof Mark Moldwin from the Climate and Space Science and Engineering division at the University of Michigan.

Dr Sandile Malinga, SANSA CEO, highlighted that the agency’s participation in the workshop is aligned with its science advancement drive to increase the uptake and appreciation of science among the youth in South Africa. “We want to improve scientific literacy among our learners, especially young women, in our drive to position South Africa as an international hub for space solutions for the world of the future”. 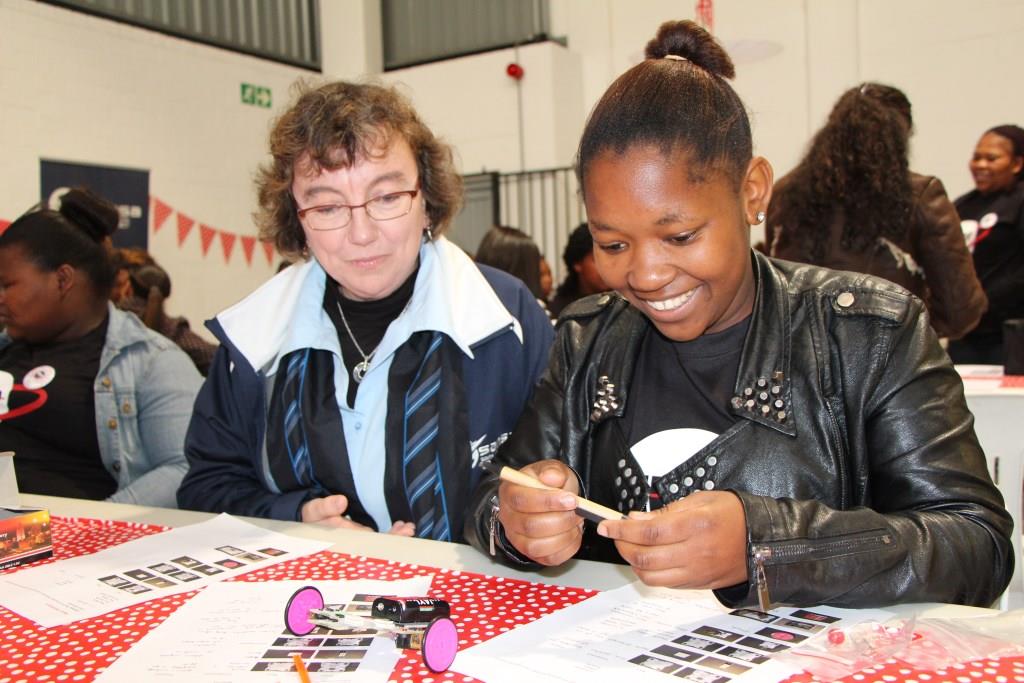 Locally-based MEDO SPACE is the first private company in Africa to build a satellite with the experiments on board designed by teenage school girls rather than engineers and physicists. The 140 girls who participated in the workshop learnt about electronics and programming to build and code small, robotic rovers. After the workshop they were able to take their rovers home and connect to an app to allow them to continue coding at will. The challenge winner with the best rover received a golden ticket to attend SANSA’s National Science Week Open Day on 13 August 2016 in Hermanus.

“SANSA supported this exciting STEM initiative in its drive to develop scarce and critical skills in key areas of national importance among young South Africans.This enables them to contribute to transforming our country into a knowledge-based and technology-rich economy”, said Dr McKinnell.

Dr Nndaganeni, engaged with the young female learners during the workshop and provided guidance on how to develop their careers in science and technology. “South Africa, and the rest of Africa, needs more female engineers and space science researchers to increase our understanding of the world around us and help drive innovation and economic development”.

Since SANSA’s establishment in 2010, the agency’s science advancement drive has reached more than 6 000 learners annually through, practical space science and technology workshops, its mobile space laboratory and interactive science centre. The forthcoming National Science Week programme is an example of many similar events arranged by SANSA to give learners a better understanding of space science and technology and its benefits for South African society.