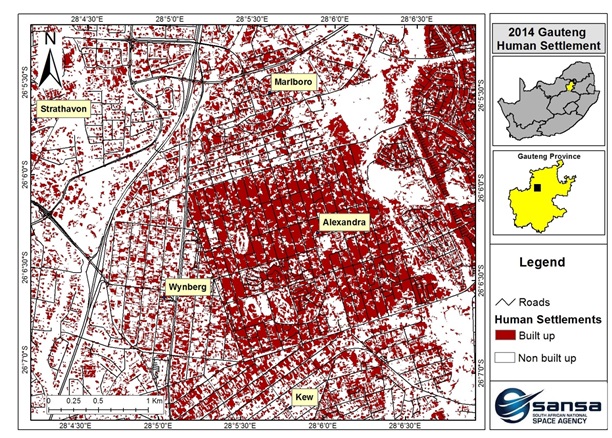 Posted at 11:19h in Earth Observation, News by Vaneshree Maharaj

This product is a result of the development of a system that automatically detects human settlement data; a collaboration between and with JRC. A 2012 national human settlement was developed using this system

To access the data on ftp site kindly email: akekana@sansa.org.za and nmudau@sansa.org.za for any technical enquiry.