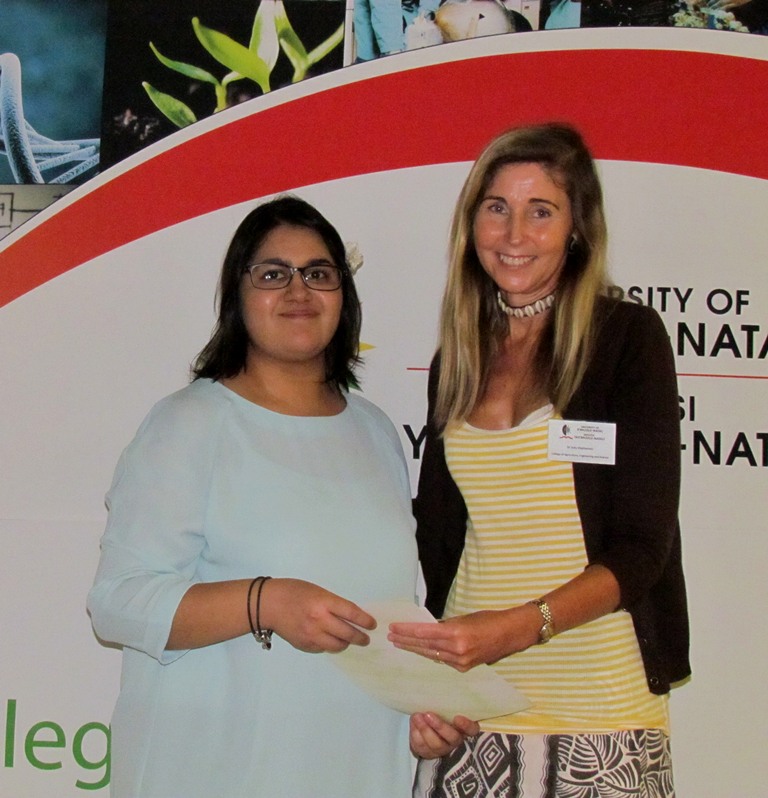 Posted at 13:27h in News, Space Science by Vaneshree Maharaj

The 2015 Awards Ceremony of the College of Agriculture, Engineering & Science at the University of KwaZulu-Natals (UKZN) held on 17 April 2015, saw Zahra Essack of the Westville Campus and Gareth Enoch of the Pietermaritzburg (PMB) Campus walk away with the SANSA-sponsored book prizes for the two best 2nd year students in Physics. Representing SANSA at the prize giving ceremony were SANSA collaborators from UKZN, Dr Sibusiso Mthembu, UKZN Physics researcher based at the PMB campus, and Dr Judy Stephenson, UKZN researcher based at the Westville campus.

SANSA eNews caught up with Zahra, currently a 3rd year BSc student majoring in Physics and Applied Mathematics at UKZN to find out what inspires her. “The desire to know more, learn more and discover, drives me to pursue a career in science”, she says. After graduating with a PhD in Astrophysics, she wants to pursue a career as a researcher, specifically into extra-solar planets.

According to Zahra, she always finds inspiration in the words by Mario Andretti who said: “Desire is the key to motivation, but it’s the determination and commitment to an unrelenting pursuit of your goal – a commitment to excellence – that will enable you to attain the success you seek”, as well as from Aristotle’s wisdom that “We are what we repeatedly do. Excellence, then, is not an act, but a habit.”

During the past decade SANSA has collaborated with UKZN through its Department of Physics on various research projects. “The primary project that forms a significant part of the collaboration is SANSA’s High Frequency SuperDarn digital radar located in Antarctica,” says SANSA MD, Dr Lee-Anne McKinnell. “It is encouraging to see the interest shown by the UKZN students to undertake space science related projects. SANSA has supported over 30 students during the last 10 years at UKZN and we are now supporting our first student from the Physics School at the PMB campus who is working on the radar project”.

SANSA’s continued collaboration with UKZN and sponsorship of these prizes for excellent academic performance supports our human capital development goal of building the scarce skills and expertise required for the country’s Science, Engineering and Technology (SET) programme to ensure that South Africa moves from a resource-based economy to a successful knowledge base economy. 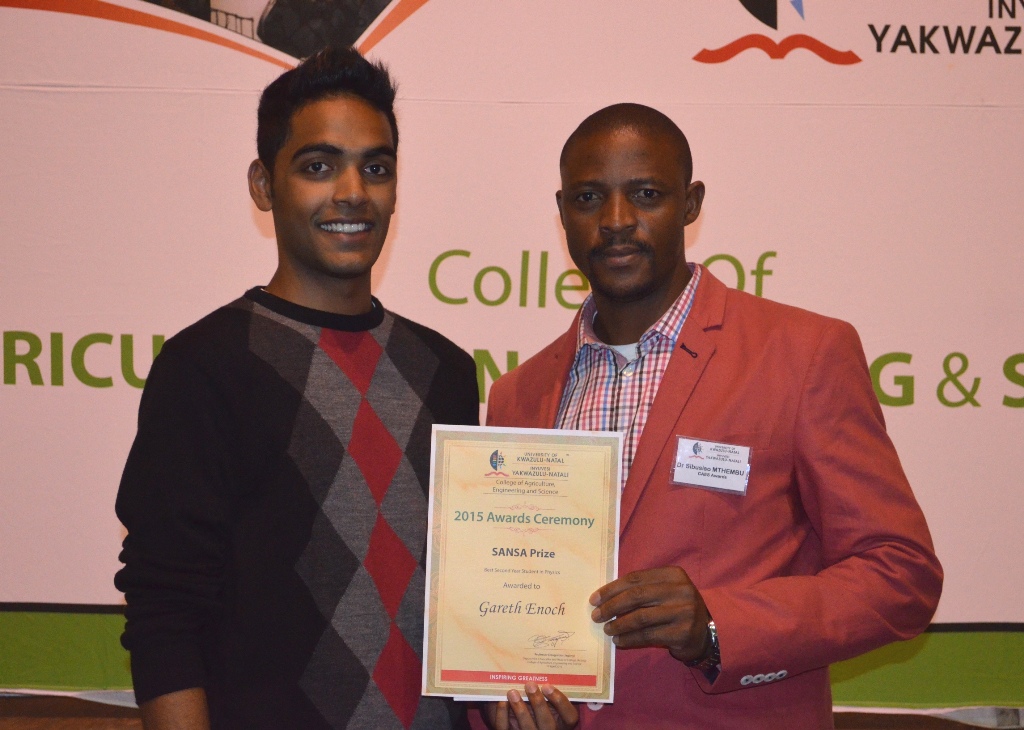