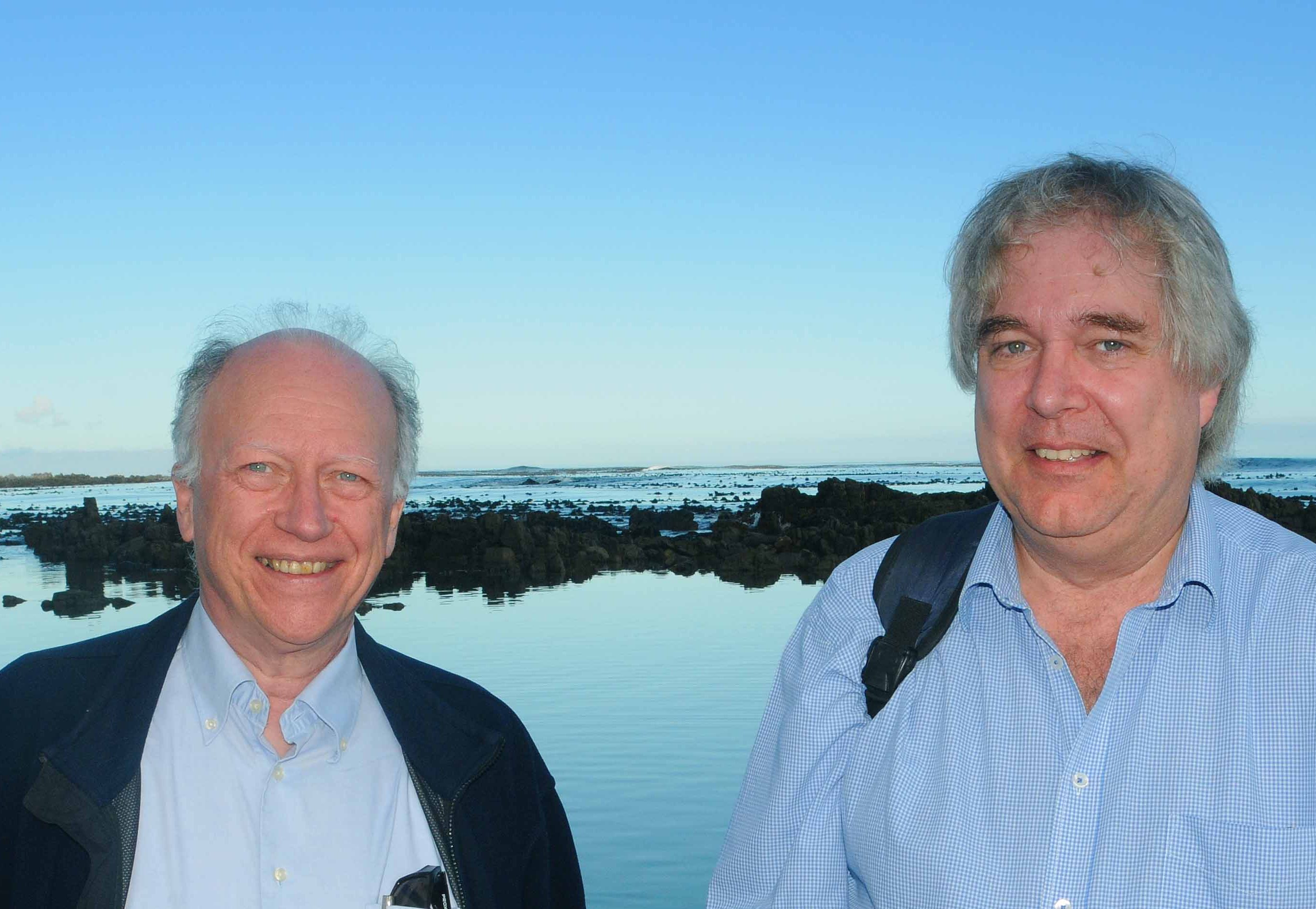 29 May Newly NRF-rated researchers at SANSA

Posted at 12:51h in News, Space Science by Vaneshree Maharaj

SANSA Chief Scientists, Prof Mike Kosch and Dr Michel Verstraete, respectively at the Space Science and Earth Observation Directorates, recently received a B rating from the National Research Foundation (NRF) in the areas of space science and Earth observation, both as first-time rated researchers.

NRF ratings are based on research outputs and impact and aim to encourage researchers to publish their outputs in high impact journals, as well as impart cutting-edge skills to the next generation of researchers. Individual ratings are based on the quality and impact of research outputs over the past eight years as evaluated by local and international peers. The rating identifies researchers who are leaders in their fields of expertise and recognises those who constantly produce high-quality work.

According to Mike Kosch, an exciting new area of middle atmosphere research is the NRF-funded ‘sprites’ project. Sprites are optical gas dischargers in the atmosphere triggered by lightening. “Although reported on before, we have never seen them in Africa”, says Mike.

SANSA is setting up a new, three-year experiment with a video camera system in a new optical station in a large, 6m container at Sutherland. The intention is to make recordings during summer – the thunderstorm season in South Africa – by pointing the camera northwards to capture the elusive sprites that occur at high altitudes, well above the clouds. “Some lighting goes towards the ground and we need very large positive lightning strikes, which are quite rare.”

Sutherland is well-positioned – in the desert about 350 km away from Cape Town with Bloemfontein, Lesotho and Port Elizabeth in the field of view – to see sprites at high altitude from a distance. “We expect to capture the first images of sprites in Africa!”

An example of its benefits include the ability to operate at an altitude of 250 km to see electron motion at that altitude, which permits monitoring of space weather because the magnetic field lines extend from Earth into space. A new way to monitor the neutral density of the atmosphere at this altitude has also been developed. “This is useful because we know that the high altitude atmospheric density alters by a factor of 10 or more during space storms. In addition, we can track long-term trends that relate to climate change by using historical recordings”, says Mike.

On a personal note, Mike likes spending time in the Arctic regions and enjoys the cold (coldest ever was minus 50). He especially enjoys going into the Arctic wilderness close to the North Pole where there are incredible sights such as auroras and polar bears (who like to hunt humans!).

Michel Verstraete, who is currently working as Chief Scientist in the Earth Observation Directorate. He arrived in South Africa just over 18 months ago and is here on a three-year assignment. His sojourn at SANSA follows a research career of 11 years in the United States and 23 years in Europe.

The EO team is involved in a number of practical applications delivering substantial socio-economic benefits to the country. This includes monitoring the growth of informal settlements or the progress on large construction projects, assessing the productivity of rangelands and agricultural fields, or providing support to the management of natural hazards (drought, flood and fires) and man-made disasters. In this latter case, “it is critical that sharp imagery of the affected areas, at high spatial resolution, be delivered to the authorities in near-real time, so that quick preventive or corrective action can protect lives and minimse property losses”, says Michel.

Remote sensing data undoubtedly provide invaluable information in numerous other areas, such as documenting the amount and quality of water resources, characterising air quality or confirming the sequence of events that led to fire damage in support of claims to insurance companies or associated legal actions. In South Africa, water is a major constraint in socio-economic development due to its inherent scarcity, excessive pollution from large mining and agricultural activities and the negative effects of invasive species. There is a significant need to monitor and manage water quality in inland lakes and rivers, as well as in the coastal regions.

“By far the largest and most exciting project currently,” says Michel “is the development of new Earth observation satellites for South Africa.” With support from SANSA staff members and the Earth Observation community in the country, Michel has led the refinement of the user requirements and formulation of EO-SAT1 mission objectives. It is anticipated that the satellite programme will employ an increasingly large number of engineers, scientists and technicians and involve a significant fraction of SANSA’s overall budget. The plan is to launch the first satellite before the end of this decade. SANSA’s industrial partner in the venture is Spaceteq, a division of Denel Dynamics in Stellenbosch.