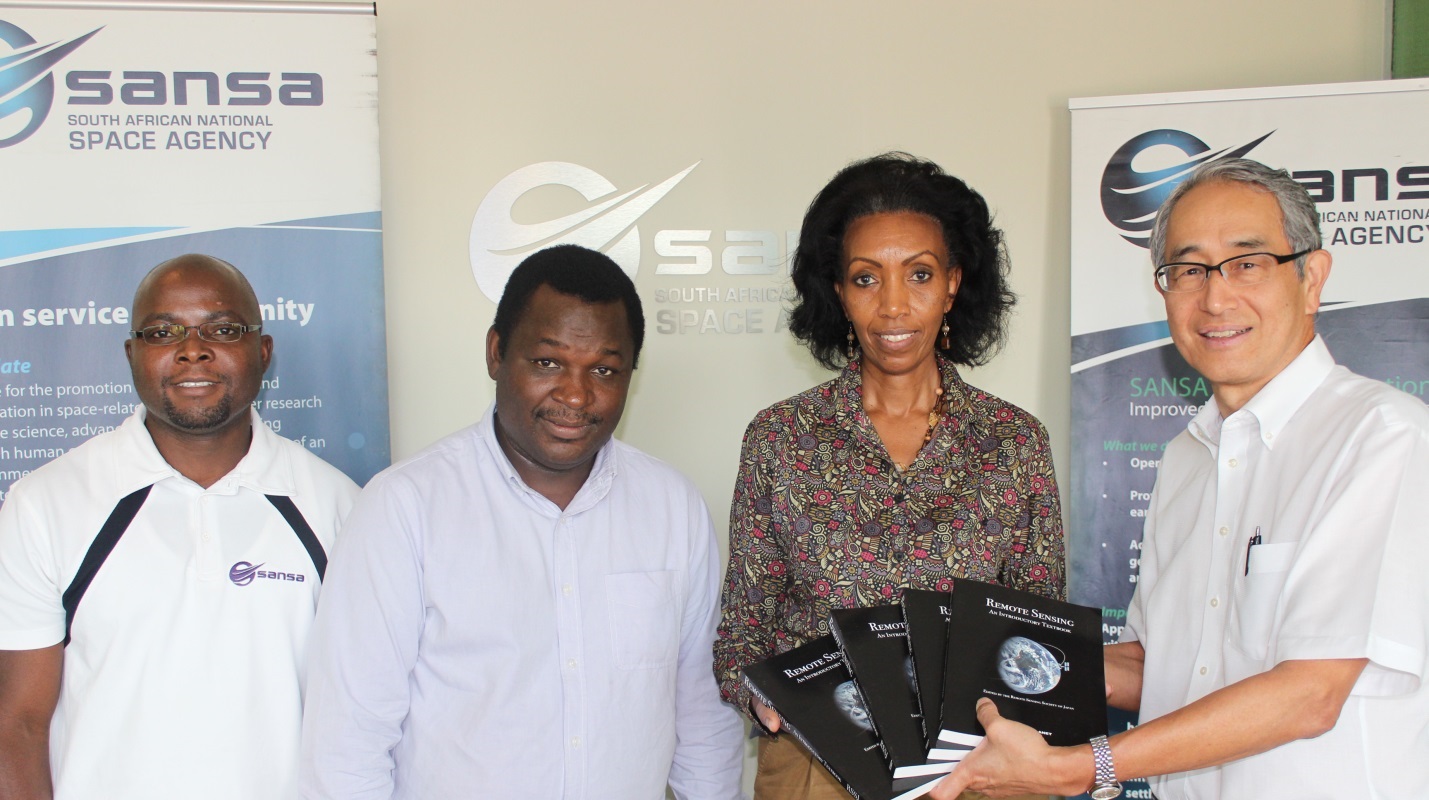 Posted at 17:20h in Earth Observation, News by Vaneshree Maharaj

The SANSA-JICA framework agreement includes the secondment of Mr. Kentaro Yoshikawa from JICA as a Senior Advisor at SANSA Earth Observation directorate from September, 2014. JICA has availed an amount of Japanese Yen 10 000 000.00 (approximately South African R965 780.00) to support Mr. Yoshikawa’s human capital development (HCD) activities at SANSA during the 2014/2015 financial year and the following acquisitions are being made:

SANSA Earth Observation is greatly honored to have been the first recipient ever of Japanese expert and we are taking the best advantage of the support that is positioned to improve SAR capability in South Africa.

Devastation of Cape Town fire as seen from space
NEPAD/ SANSA partnership targets growth and development in Africa
New head at helm of Space Agency
SANSA PARTNERS WITH THE GAUTENG PROVINCIAL GOVERNMENT
From Africa, for Africa – contributing to science and the world community