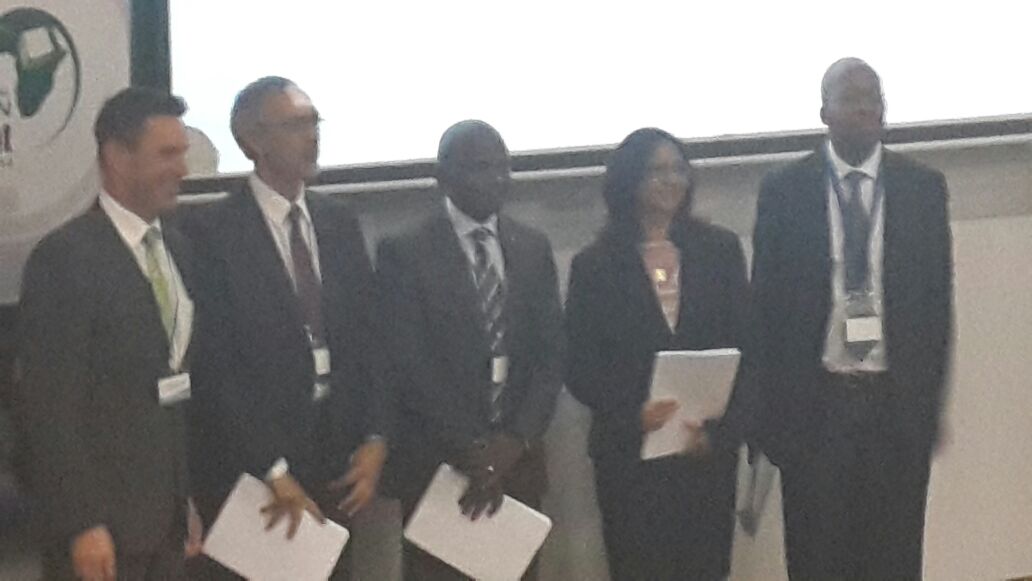 Posted at 10:42h in News by Vaneshree Maharaj

Have you ever wondered why the wagon makers of the 19th century did not become car manufacturers at the advent of the motor car?

Today we are gathered here for the 2nd International Africa CubeSat Workshop.

Satellites have come a long way since the launch of the first satellite, Sputnik, in 1957.

They come in different shapes and sizes from nano-sats to multi-ton satellites.

They perform different functions from weather monitoring to gathering information on water quality and quantity.

They are built by different parties from universities to large corporations.

As we are gathered here, the question I asked at the beginning is pertinent and it is the title of my talk. That is,

The answer partially lies in the notion of disruptive innovation.

This notion of disruptive innovation was first postulated by Professor Clayton Christensen from the Harvard Business School.

To understand this notion, we first have to look at another concept known as sustaining innovation.

Sustaining innovation is the type of innovation that focuses on continually and progressively improving the performance of current products and services with the express intention of ensuring that established companies grow their business in established markets and hence maintain their dominance.

The associated products tend to be of high-performance and, in some instances, provide more functionality than is necessary or is being used by the customers. They are generally highly-priced and targeted at high-value or high-margin clients who can afford them.

On the other hand, disruptive innovation is different and has two to three characteristics:

Firstly, at inception the products or services tend to have inferior performance when compared to their dominant or established counterparts. Therefore, these products and services tend to be of less interest to the existing user/customer base and, more importantly, tend to be ignored or belittled by the dominant industry players.

Secondly, disruptive innovations tend to be adopted by markets that are generally underserved or not served at all. Therefore, the dominant players tend to ignore them as they focus on their high-value, top-end or high-margin clients or markets.

The third characteristic is that disruptive innovations can, sometimes, undergo rapid performance improvement and ultimately perform at the same level of the established technologies.

Notwithstanding these characteristics, it is important to note that a disruptive innovation does not necessarily mean or even require superior technology.

Generally, disruptive innovation products or services are relatively of low performance, at least at inception. They are cheaper, simpler, more user friendly and easily accessible. This is what tends to distinguish them.

For instance, the advent of the automobile, with its technical sophistication, was not disruptive innovation as motor cars were still expensive and a luxury and horse drawn wagons or vehicles remained the dominant means of transport.

Wagon makers simply ignored the automobile as it did not perturb their market.

They did not foresee the disruptive advent of the low-priced Ford Model T in 1908.

The mass-produced Model T was a disruptive innovation in that it made an automobile accessible to people who previously could not afford it. The wagon makers could not fight off this onslaught or adapt and their business rapidly collapsed.

May other disruptive innovations have come and gone since then.

In computing, for instance, we moved from the mainframe computer that was only accessible to institutions and could only be operated by one or few highly skilled individuals. The personal computers then arrived which started as toys  cheap and with low performance  to which the dominant players paid little attention. Later with increasing computing power a PC, in the form of a desktop computer as we know it, became a useful and powerful tool that could be owned by any individual. Then came the laptop. Today a single individual has access to many computers  PC, laptop, smartphone and thousands, if not millions, of computers through the internet.

Could nanosats/cubesats be the disruptive innovation that would disrupt the large satellite market segments as we know it today?

I do not know.

One thing I know though is that nanosats and cubesats have, to some extent, changed the game.

They are no longer merely affordable student training gadgets or platforms. Even though that training, in itself, is important and should not be underestimated.

Today, these small satellites can be designed for useful scientific and other real applications.

We have heard of doves and flocks that, in constellation, can fulfil various important missions. A good example is Flock 1 by Planet Labs which consists of constellation of 28 three-unit cubesats. These can be used in agriculture, energy and natural resource management, to name a few applications.

This, in itself, does not necessarily mean such satellites are disruptive innovation.

However, the potential is there if we can surpass some of the hurdles that still exist.

The improvement in of-the-shelf electronic components has remarkably increased the functionality of cubesats.

I did physics and electronics up to honours level at university and I know, first hand, the great strides that have been made in electronics over the years. Integrated circuits (ICs) today can contain several billions of transistors and other electronic components in an area the size of a finger nail. For instance, the iPhone 6 has an A8 chip that has 2 billion transistors with incredible performance and energy efficiency.

This miniaturisation implies that a lot can be achieved through cubesats.

However, there are still other hurdles that are posed by the limits of physics. For instance, in optics, the diffraction limit poses imaging limitations.

The issues of power, storage, and microwave links also pose certain hurdles that still have to be overcome if cubesats have to be a true disruptive innovation.

Should we therefore despair and accept the status quo?

My answer and that of the South African National Space Agency is an emphatic ‘No!’

From physics, we know that we can come up with new breakthroughs that transcend previously known physical limits.

Physicists from time immemorial have come up with new innovations that have transformed the world as we know it.

From semiconductors, electricity, lasing action, to the current craze of quantum computing and encryption.

Who could have thought that quantum physics could change computing as we know it today?

Therefore, I want to challenge the students here to dream big!

I challenge them to move cubesats to the mainstream of satellite technology.

I challenge them to deliver low-cost, convenient and user-friendly systems.

I challenge them to innovate in a way that meets the needs of the underserved communities.

I want them to believe that it can be done, it should be done, and it will be done.

As the South African National Space Agency, this is what we believe is possible.

This is what we believe needs to be supported.

This is the dream we hold and will always cherish.

As I end, the questions I leave with you are these:

I would be foolish to say, “We cannot”.

Some may say this will create space junk. A few years ago I met two young post-gradutes from Nasa Ames Research Centre. Their innovative with ‘no impossibility’ approach was refreshing. They believed the impossible. They were dreaming of cleaning space using out-of-the-box approaches including crowd-sourced cleaning using lasers and or apps.

Were they crazy? I do not think so. In the words of Steve Jobs’s think different campaign, “people who are crazy enough to think they can change the world are the ones that actually do.”