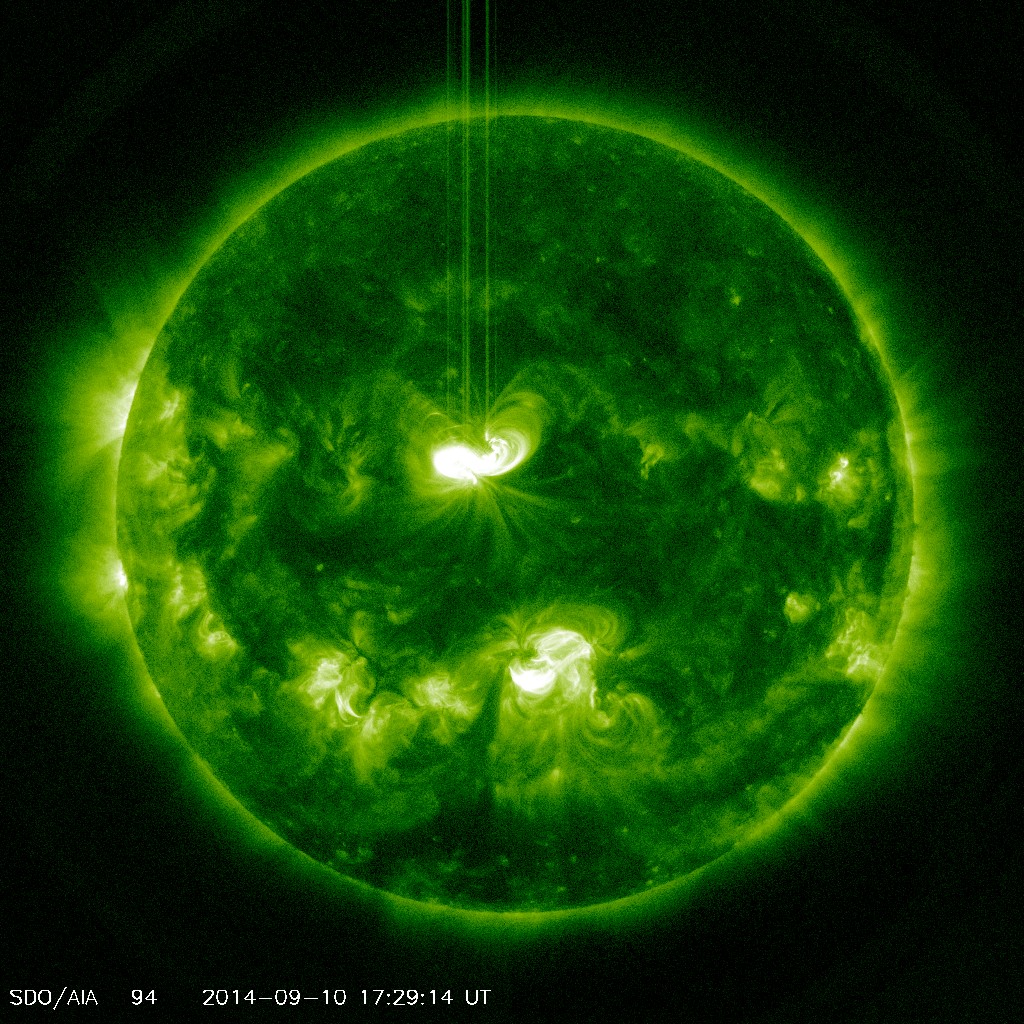 Posted at 09:57h in News, Space Science by Vaneshree Maharaj 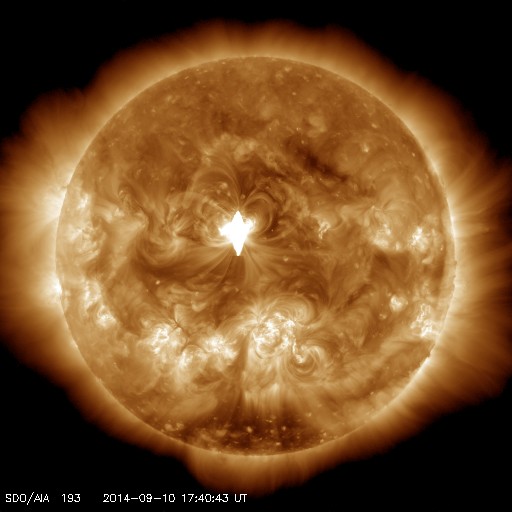 Active region near the centre of the solar disk which produced an X1.6 solar flare

Active region 2158 near the centre of the solar disk erupted on 10 September 2014 with an X1.6 class solar flare accompanied by a coronal mass ejection (CME). The CME is travelling towards Earth and is expected to impact the Earth’s magnetic field on 12 September 2014. Based on time/height measurements of SOHO/LASCO data the CME speed is estimated at ~ 1493 km/s. The impact of the CME could spark a moderate geomagnetic storm with an estimated Kp value of 6 through 12 – 14 September 2014 and will continuously be monitored by the South African National Space Agency (SANSA).

A CME is a massive cloud of high energy particles ejected from the surface of the Sun when stored energy is suddenly released. When the magnetic field of a CME interacts with the Earth’s magnetic field it causes a temporary disturbance known as a geomagnetic storm.

The impact of a CME will not harm humans and other life forms on Earth as we are protected by the Earth’s magnetic field. However it may cause disturbances to our satellite communication systems like GPS, radio communications, internet, cell phones and DStv. Moderate disturbances are expected at this stage.