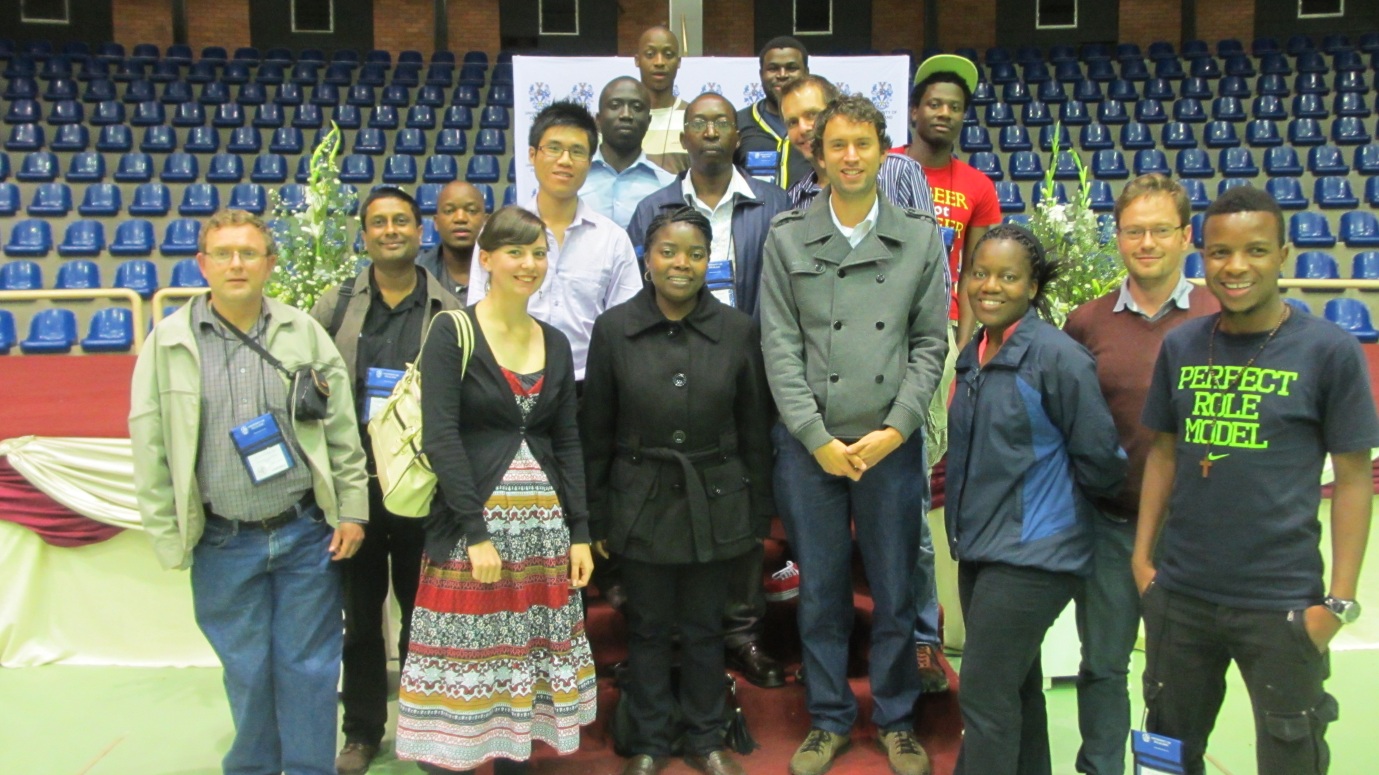 16 Sep The World of Physics

Posted at 14:31h in News, Space Science by Vaneshree Maharaj

The 58th annual conference of the South African Institute of Physics (SAIP) took place from 8 -12 July 2013 at the University of Zululand in Richard’s Bay. SAIP is one of the main events on the physics calendar allowing physicists from South African universities and research institutes an opportunity to present, discuss, and sometimes argue the latest developments in all spheres of physics.

A total of 15 talks and 7 posters were presented by 18 SANSA staff and students making up the majority of the space physics steam.

SANSA Postdoc Researcher Jean de Villiers presented his research project on ground magnetic measurements to derive ionospheric currents present during a geomagnetic storm. These measurements are used to estimate electric fields on the Earth’s surface responsible for driving “Geomagnetic Induced Currents” (GICs) in power lines. GICs are caused by magnetic disturbances in and around the Earth when solar activity impacts the Earth and creates a geomagnetic storm.

As is tradition at SAIP, student prizes were awarded for the best oral and poster presentations at Honours, Master’s and PhD levels. The winners in the space physics stream were SANSA students Etienne Koen  (PhD oral), Lifa Mbuli (MSc oral), and Electdom Matandirotya (MSc / PhD poster). The SANSA team returned from the mind bending experience motivated and ready to move space physics forward in South Africa.